Bruce Jenner Shirtless Olympic Gold Medalist and Speedo Photos. So this is the magazine cover that American track hero and Montreal Olympics gold medalist Bruce Jenner did for that magazine for guys who love other guys in the buff! I was watching Keeping Up With The Kardashians months ago and the issue of Bruce being a cover boy for said mag came up. Naturally, I went digging for those photos.  Hehe. So here it is. 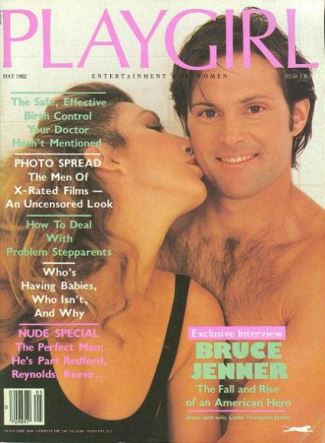 Anyways, here’s another Bruce photo from his younger days. Isn’t he shaggable? 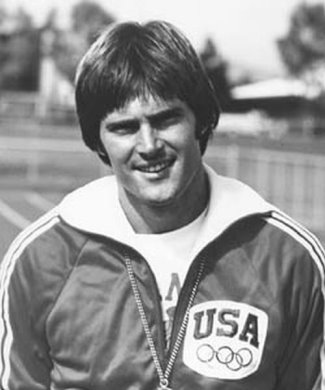 He rocked that hairstyle before the silly Bieber boy came along.

Bruce Jenner in Speedo Swim Trunks (posted 23 October 2011). For whatever reason, some of you are looking for Bruce Jenner’s Speedo photos. We thought we won’t find anything at all but look at what we found on Ebay.

It’s a young Bruce Jenner wearing nothing but a blue swimsuit. We’re not sure if it’s a Speedo but it doesn’t really matter, does it? What do you think of his booty? Spankable? Want another sportsman in Speedo? Go check our post on Gabe Kapler Speedo. 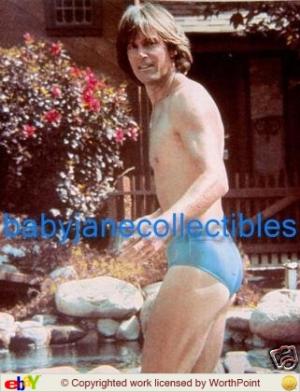 Still in his Speedo, Bruce Jenner goes for a “wide stance”. It’s a weird pose is all we’re going to say about that. Hahaha. 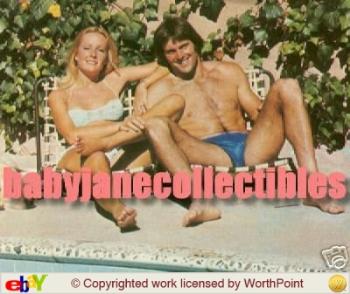 Speaking of weird poses, what do you think of Bruce’s pose below. It’s from a 1980 musical comedy movie called Can’t Stop the Music which is supposedly a pseudo-biography of the Village People. 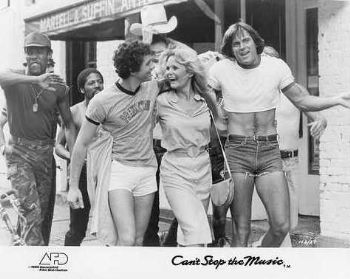 To erase your bad memory of Bruce becoming a “Villager”, here’s our Olympian with his decathlon gold medal. Sooo cute! Damn, he really was a hot guy, isn’t he? Can you imagine this one becoming the henpecked husband on that Kardashian show? We blame Kris Jenner, of course. But a big part of the blame also goes to that smarmy Ryan Seacrest for producing the show and — as a result — sullying the image of the American icon that is Bruce Jenner. 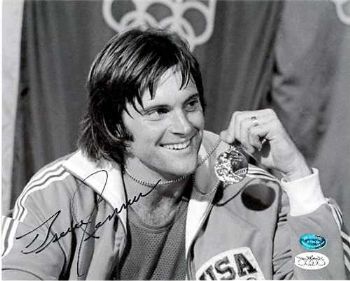 This is the Bruce Jenner we love and this is how we want to remember him: a gold medal-winning athlete in short shorts. 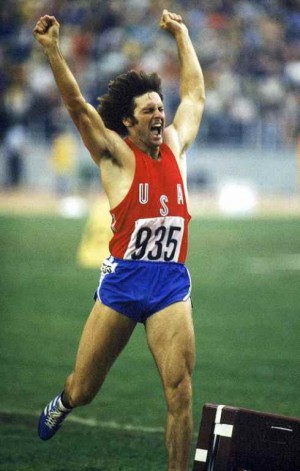