Britney Spears Fashion Style: Short Shorts, Ripped Jeans, Leather Jacket. Hello there, it’s Britney Spears walking down the street in her really short jeans. Britney, baby, are you trying to bring back the ’80s with your short shorts? What about bringing back the shoulder pads too. That would be awesome. 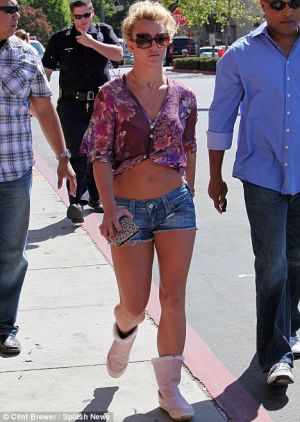 Anyhoo, we’re kind of wondering whether you can buy a ready-made short jeans like what our Brits is wearing. In other words did Brits buy her pants already cut like that or did she follow Ciara’s example — see Celebrity Abercrombie Jeans — and made some jeans-cutting herself. What do you think?

Want more girls in jeans? Check out these Hudson Jeans For Girls.

OTHER BLOG ENTRIES WE WROTE ABOUT BRITNEY SPEARS 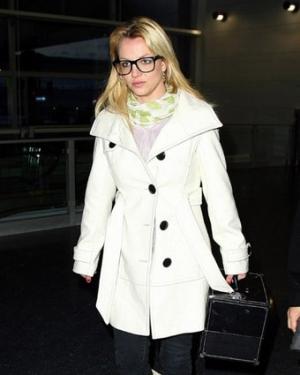 American singer Britney Spears dressed in a trendy white coat for girls. Funny how she looks very much a nerd with that pair of glasses she’s wearing. If she’s not famous, we’d have mistaken her for a medical student. Props to Britters for transforming herself into the “new school girl Britney” which should be refreshing for Britney watchers who, lately, have been bombarded with photos of of our Britney as a “trampy girl in short-shorts”. Famewatchers, who do you like better: nerdy Britney or trashy Britney? 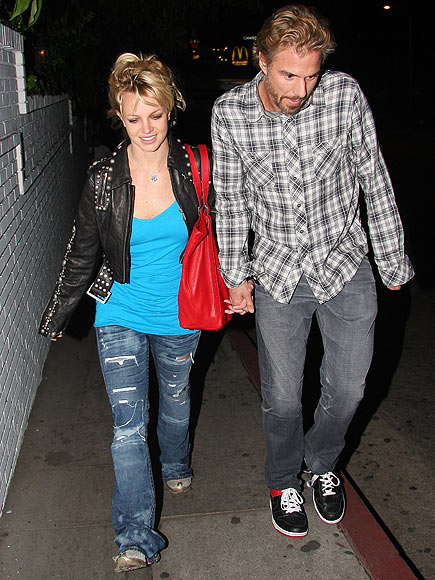 Want more Britney Spears fashion? Here’s Brit, who deserves props for righting her ship in 2009, in her ripped jeans and black leather jacket.

Who’s that man in plaid shirts she’s holding hands with? Is that Ryan Reynolds? No, of course not. The dude kinda looks like Ryan in the photo but he’s actually Britney’s new beau Jason Trawick.

Did we say that we’re really glad that Britney is back from the disaster she was in a few years back? Glad to have you back, Miss Spears!!! 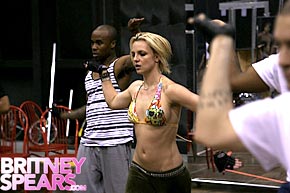 Britney Spears want to show you her abs. We think she’ll be very much at home in Miss America who’s contestants this year display well-toned muscles. Way to go, Britters. Dancing and exercising regularly is a good way to get in shape.