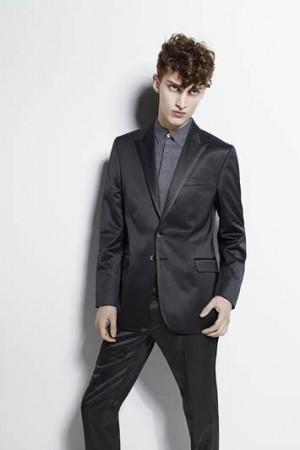 Purple suit, anyone? Does it remind you of Johnny Depp in that Chocolate Factory movie? Who among British celebrities do we imagine wearing this purple suit? Daniel Craig? No! Gerard Butler? No! David Beckham? Hmm, maybe. Katy Perry’s husband…. what’s his name…. Russell Brand? Hah, definitely! That dude is totally a purple suit-“wearer”. 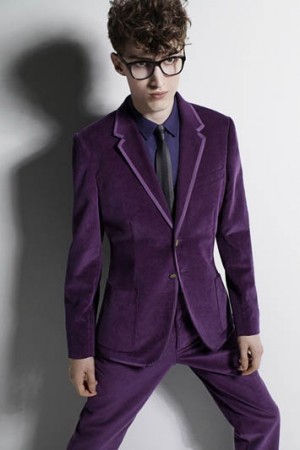 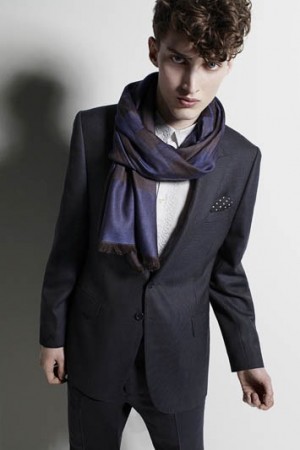 Does Charlie’s eyewear make him look like a lesbian? He kinda reminds us of MSNBC’s Rachel Maddow. Hehe. 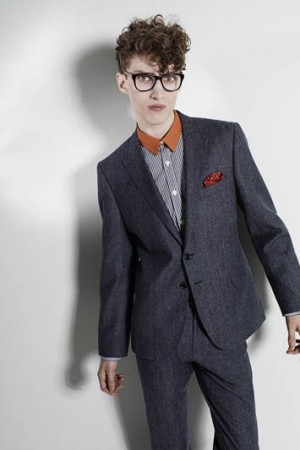 Want more designer suits for men? Check out these Carolina Herrera suits and these Prada slim suits from the label’s Spring 2011 collection. 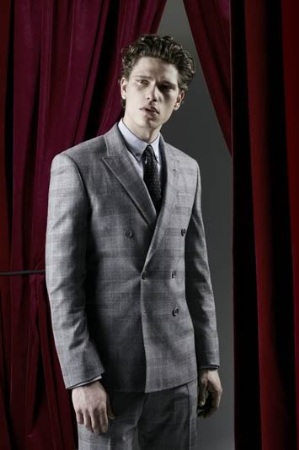 Want more winter suits for men? Here’s a suit collection – modeled by gorgeous Italian hunk Matteo Martari – from the Paul Smith Fall Winter 2010 2011 menswear collection. Which of these suits is your favorite? Which one will you buy to add to your closet? 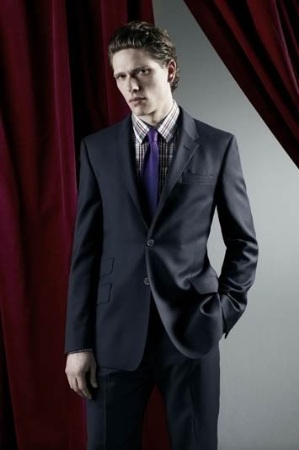 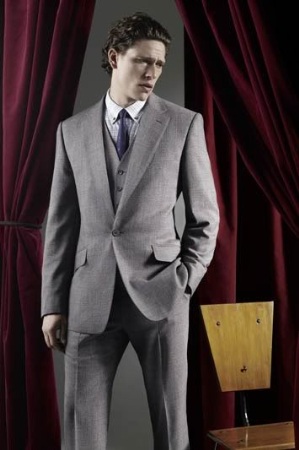 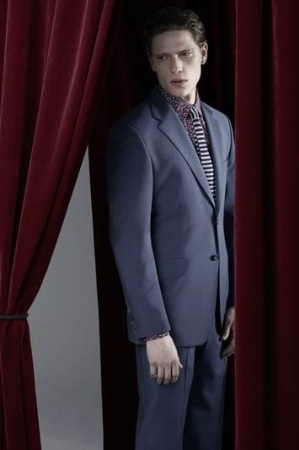 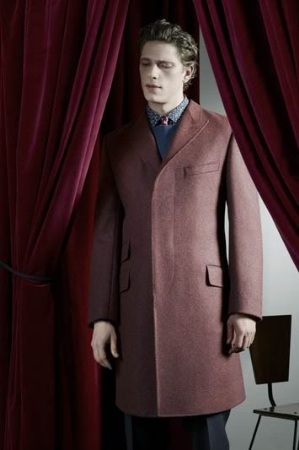 Time for another Paul Smith menswear, eh? What do you think of his long winter coats on Italian male model Matteo Martari. They’re pretty cool outfits that will keep you warm, huh? 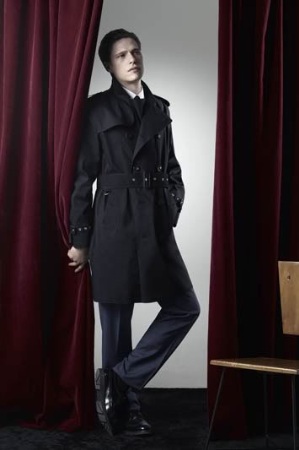 For more Paul Smith menswear, check out these designer underwear for men from the same British designer.