British Men in Speedo: Diving Hunks in Swim Trunks. Hunky British men wearing Speedo swimtrunks, what’s not to like? Well, we like it all and we thank the Olympics for, once again, reminding us that Men in Speedos are one of the best guycandies in the universe. No thanks to the swimmers who are still stuck wearing those ugly swim jammers which should be declared illegal because they’re offensive to the eyes. Haha. 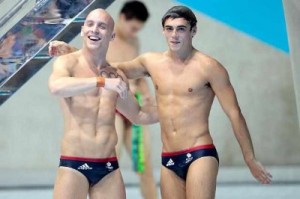 What’s not offensive to the eyes? This Adidas swimsuit worn by British diving star Tom Daley during the synchronized diving competition at the ongoing London 2012 Olympic Games. Want more men in Speedos, check out our post on Men in Red Speedos.

The 18-year-old diver partnered with veteran Peter Waterfield for the 10-meters synchronized diving competition. Too bad they failed to medal as they ended in fourth place because of errors with both of them claim to have committed. Peter already has an Olympic silver medal to his name from the 2004 Athens Olympic Games. Check him out in a pair of blue swimtrunks. 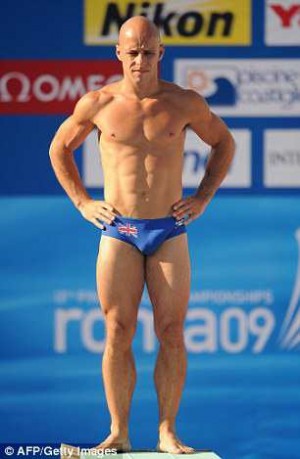 Peter from behind, just because… 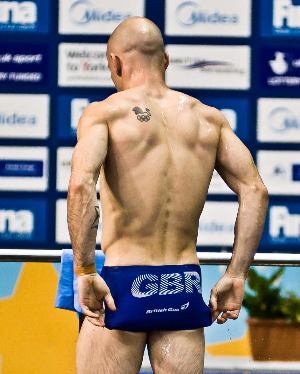 Two other British male divers competing in the London Games are Chris Mears and Nick Robinson-Baker. The pair also failed to bad a medal as they ended in fifth place in the three-meter synchronized diving event. So near yet so far, no?

Here’s Chris who is one year older than Tom Daley. Maybe they will pair up in the years to come and win them some medals (hopefully gold). 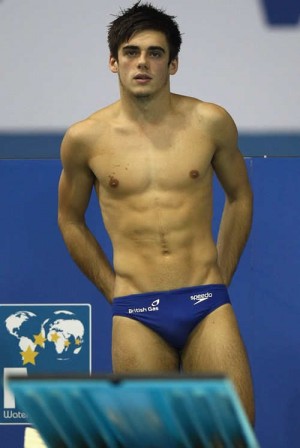 And here’s Nick at the Commonwealth Games. 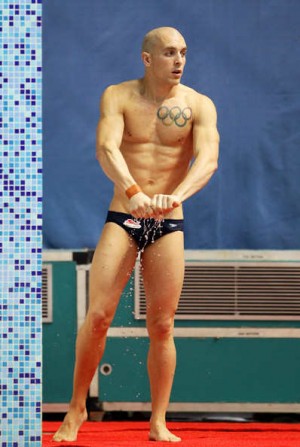 By the way, is there a rule in the British rulebook which states that a younger diver must be paired with an older bald partner? We ask because when our friend Deena first saw Nick and Christopher doing their dive routines she mistakenly thought they were Tom and Pete. We would have made the same mistake had she not alerted us of the matter.