Brian Tee Shirtless and Other Photos. Who’s the Asian guy looking hot in his tank top shirt? That dude, clueless Famewatcher, is actor Brian Tee. His younger self, that is, as the photo was taken from years back.

Screencaps of Brian Tee with Lucas Black in Tokyo Drift. Are they about to kiss or what? 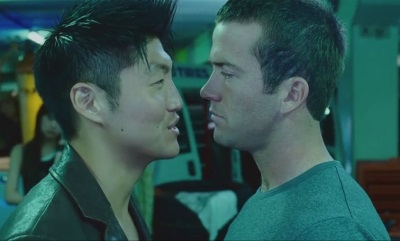 Our friend Kevin says actors can’t be this close to each other without them gay-kissin’ each other. Do you agree with him or is he, as usual, “seeing gay stuff” where none exists? 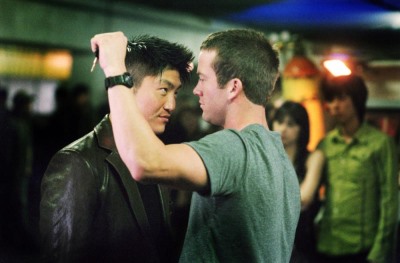 These days, Brian is busy shooting Chicago Med where he is one of the regular cast members. Check him out as a scrubs-wearing doctor: 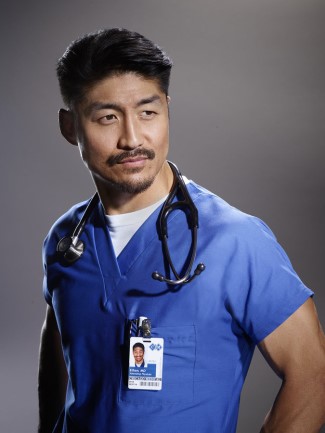 More about Brian’s casting from deadline.com:

Brian Tee is donning scrubs, joining the cast of NBC’s Chicago Med as a series regular. He will play a Chicago born Resident at the hospital who found his calling in medicine after several tours of duty as an Army medic.

Tee is coming off this summer’s blockbuster Jurassic World and will be seen in a lead role as Shredder, the iconic villain in the upcoming Teenage Mutant Ninja Turtles 2.

The Med casting marks Tee’s return to NBC following his turn in the drama pilot Love Is A Four-Letter Word, which was passed on by the network this past cycle.

Check out the Brian Tee shirtless after the jump: