In fact, let’s begin with Brian’s audition because everybody is talking about it. He’s really good isn’t he? The reaction of the crowd is just electric. We can’t wait to see more of his performances on the show. Watch and enjoy:

So when we learned from the above video that Brian is gay the first thing that came to mind was, “So who is the lucky Brian Justin Crum boyfriend?” Fortunately, we did not have to work hard finding out the info as Brian has pics of him and his beau. Check ’em out.

Now, the lucky Brian Justin Crum boyfriend is Blake Peyrot. He is in the entertainment biz too. And, in fact, he already has eight acting credits to his name on IMDB. This includes the funny pro-gay marriage video, Gay Men Will Marry Your Boyfriend, which went viral in 2012.

So here’s Brian and boyfriend Blake. 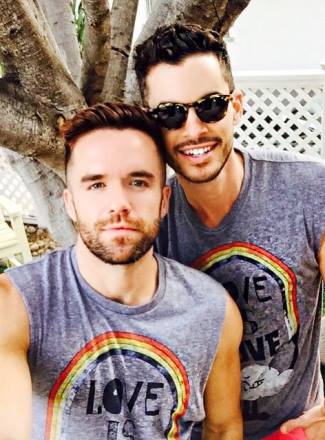 Another photo of the lovebirds but, this time, in their shirtless glory. 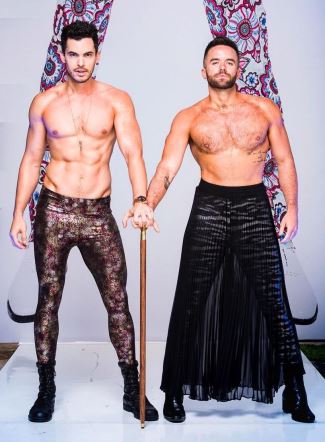 And here’s a third one. These two sure have a sense of humor. 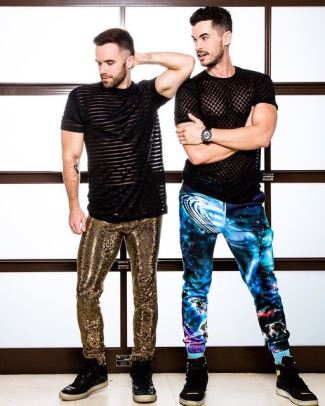 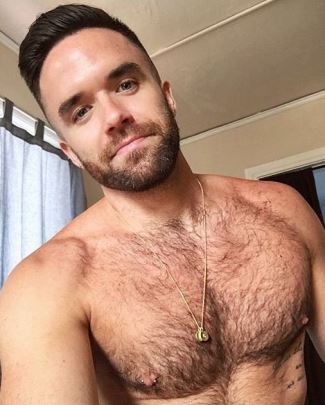 Wowza. Who’s got the sexier chest hair, Brian or our imaginary DWTS/ANTM boyfriend Nyle di Marco? It’s hard to pick, to be honest. So we are calling it a tie. Now, if you still haven’t seen Nyle’s go see ’em in our post on Men With Hairy Chest. 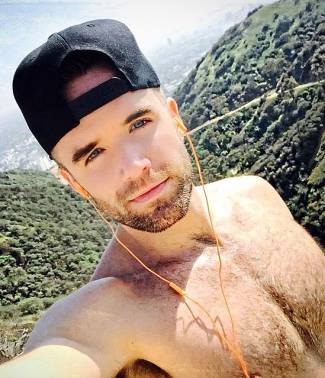 In conclusion, be assured fellow Famewatchers that we will keep you updated on Brian’s journey. Singers have not won in the past four seasons of America’s Got Talent, so it would be cool if Brian wins the whole shebang this season.