Brian J Smith Boyfriend: Dating or Single?. Three years later, we now have the answer to our 2016 post on whether Brian J Smith Is Gay or Not. The American actor, who wowed us in Sense8 with his gorgeousness, has come out during an interview with Attitude Magazine. 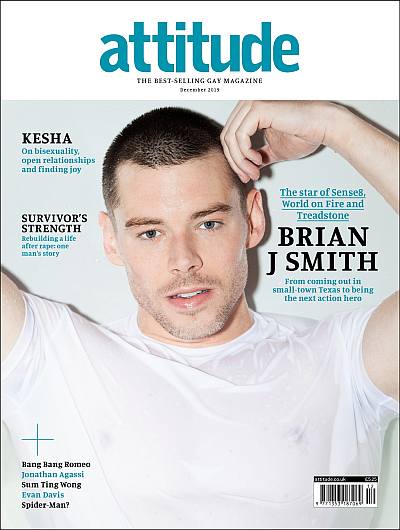 He shared with the magazine that he didn’t fit in when he was growing up: “I was terrified. At school I really couldn’t fit in anywhere. I wasn’t a jock or a nerd. Forget about any LGBTQ union or groups. There was absolutely nothing. I was completely alone. I heard all the names: p*ssy, f*ggot. I could never be who I was. I was constantly having to check myself and make sure I wasn’t looking at someone too long or making someone feel uncomfortable.”

“I had to be very, very careful about telling people the truth about myself. It still reverberates. A lot of my work is about that. The things that move me as an actor are those echoes that come up,” he adds.

He found solace in theater groups and he eventually made it to Hollywood. Props to Brian for coming out, may his story gives hope to kids out there that things do get better.

Brian J Smith Boyfriend or Partner? Now, that we have the answer on the “is he gay” question, the next thing that some of you Famewatchers are asking is whether he has a boyfriend or partner. In our previous post, we wrote that a poster on Datalounge mentioned he is dating a CBS News producer named Kevin Price. To be clear, we do not know if that is true and, if it is, we don’t know whether they are still together. Also, the name is actually Kevin Prince (with an N) and not Price. 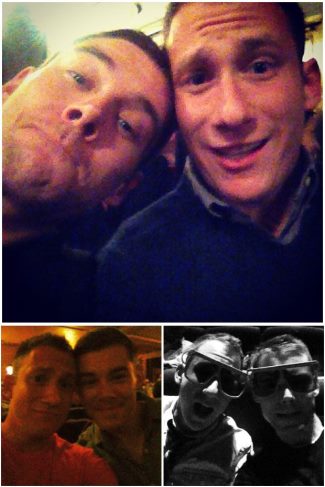 Anyhoo, if Brian is single at the moment, who among the gay actors should we ship him with? We thought it would be cool if he dates Sense8 co-star and kissing buddy Miguel Angel Silvestre but then we find out that the latter is actually straight. 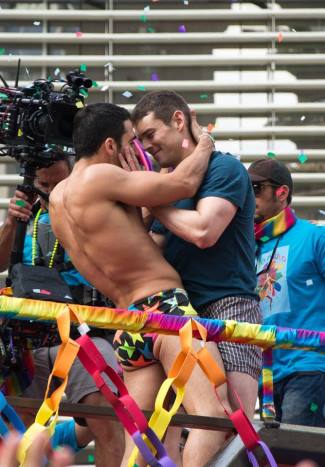 We will update this post when we do find out if the gorgeous hunk has a boyfriend. Now that he has come out, maybe he will eventually tell us about who he is dating or in relationship with. Meantime, let us appreciate his shirtlessness in the pic below, shall we?

By the way, why is the name “Justin” auto-suggested if you search Brian J Smith boyfriend on Bing?