Brian Boitano Boyfriend. Before he came out of the closet following his appointment to the U.S. Olympic delegation to the 2014 Sochi Winter Olympics, the question that you Famewatchers asked about figure skating champion Brian Boitano goes, “Is he gay?” Now that we know that he is, the question that you are now asking goes, “Does he have a boyfriend? Or husband? Or life partner?” 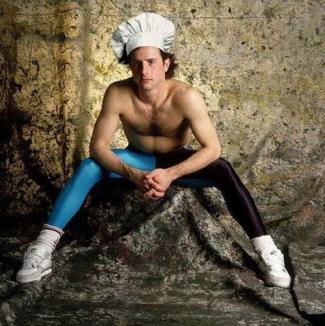 The answer? We don’t know. He’s keeping that information private so far. But internet rumormongers (hello, us!) say that he is in a relationship.
From chacha.com:

Does Brian Boitano currently have a wife?
Brian Boitano is an openly Gay man who keeps his personal life private. He has had a long term relationship with an un-named man. You can find him on FoodNetowrks “What would Brian Boitano make?” ChaCha on!

We got a name from the forum section of datalounge.com: “Brian is out to his friends and family, and has been in a relationship with Frank d’Ambrosio for years.”

Here’s a picture of Brian and Frank which we grabbed from Living in the Bonus Round. 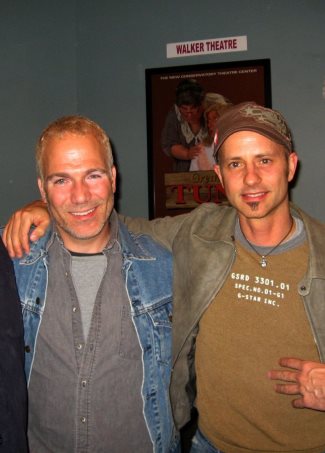 So who is d’Ambrosio? From imdb.com we learn that he is a singer and an actor (both film and stage). He starred in a The Godfather III as Anthony Vito Corleone, the son of Don Michael Corleone who sings oh-so-beautifully. Here’s Anthony singing Brucia La Terra for his father.

A still photo of Franc with his The Godfather III co-stars courtesy of Paramount Pictures. 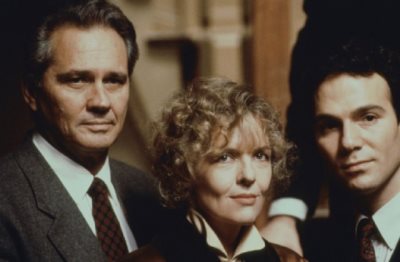 Update: According to a commenter on imdb from far back in 2008, Brian and Franc are not boyfriends but are friends and business partners:

Want more figure skaters? Check out our earlier post on Sexy Male Figure Skaters. Better yet, go check out the beautiful and shirtless Patrick Chan, one of Canada’s gold medal hope in the Sochi Olympics.