Brian Austin Green Shirtless, Underwear, Gay or Straight? While we were not looking, the skinny kid from 90210 has grown up to hunk status. And he’s some kind of a tease too. Hey Brian, follow Cheyenne Jackson and Ashton Kutcher and drop them pants. You should show your underwear in all its glory. Hehe. 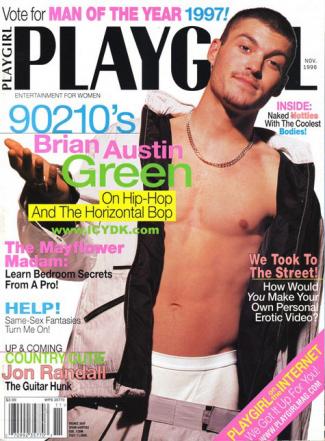 Check out some Brian Austin Green shirtless photos below. 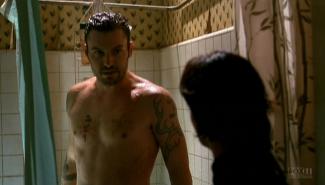 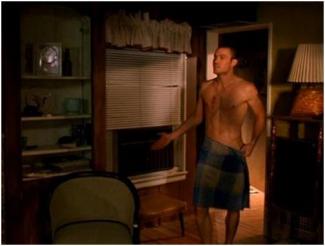 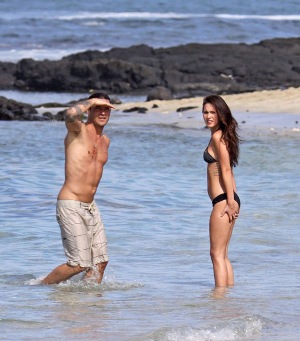 Most Famewatchers looking at the beach photos of Megan Fox and her husband Brian Austin Green will be interested in her and her two-piece bikini but our friend Kevin is more interested in Brian and his wet beach shorts. So let’s take a closer look at Brian’s wet awesomeness.

It would have been more awesome if he’s wearing a more revealing white shorts, no? Like, you know, Cristiano Ronaldo’s white boxer shorts. 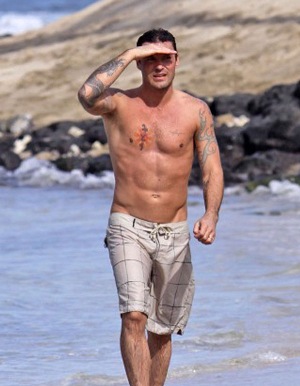 Brian Austin Green Gay or Straight? Well, everyone knows he is straight and very much married to the gorgeous Megan Fox so there is really no discussion here. However, our Brian isn’t above doing gay things like sharing spit with late night TV host Jimmy Kimmel. 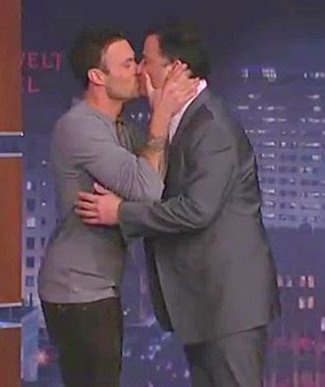 He was also supposed to play a gay character on a TV show created by the makers or Will and Grace but, for some reason, it never materialized. 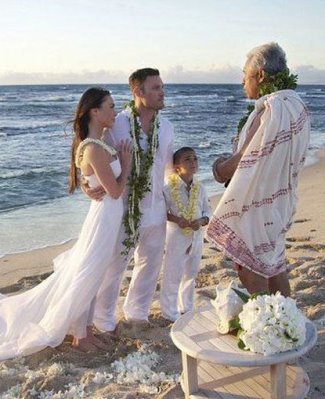 The little boy, for those of you wondering, is Brian’s son Kassius. Megan and Brian have since added three sons to their family. 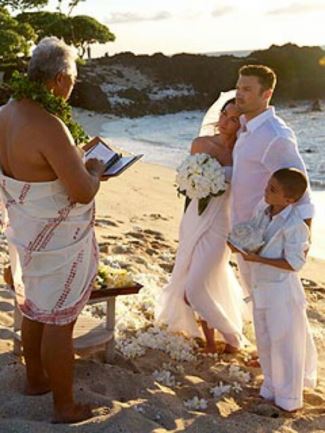 More Brian Austin Green Shirtless Photos. For those of you looking for more shirtless pics of our Hollywood hottie. This one was taken when he was younger. 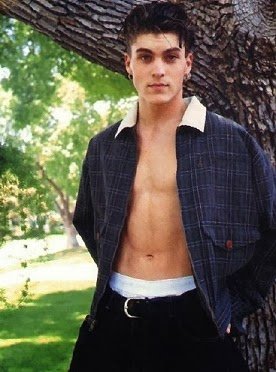 And here’s one when he matured. 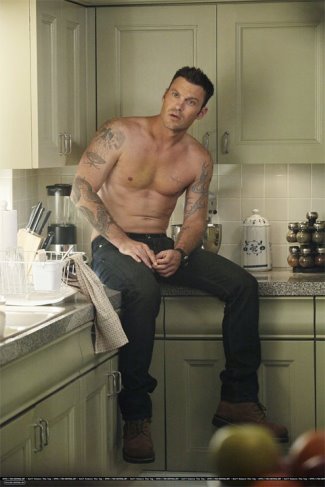 Finally, here’s Brian in his boxer briefs screencapped from an episode of the TV show Anger Management. 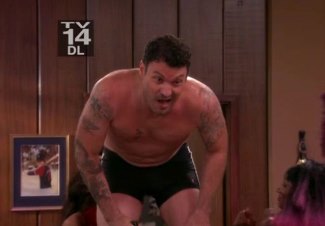