Brent Ray Fraser Painter Model. Let’s add Canadian artist Brent Ray Fraser to our list of men wearing women’s clothes. What do you think of his dress? We think it suits him nicely. We hope he has another photo wearing the dress above where he ain’t showing off his muscles. Will we ever see him wearing these male lingerie? One can only hope. Hehe. 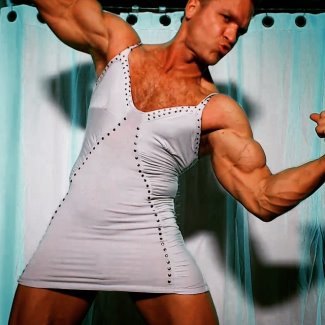 For those of you not paying attention to the news, Brent has made the headlines lately for his artworks painting using his “manhood”. We are not joking. Our Brent has found a way to distinguish himself from thousands of artists out there who toiled and toiled and toiled without catching the anyone’s attention.

And here’s the finished portrait along with a similarly-painted Warholian portrait of Marily Monroe. 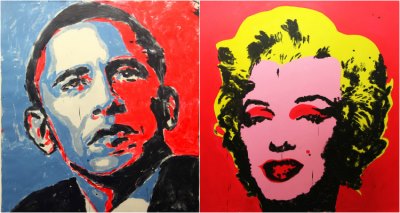 In an interview with Vice Magazine, Brent talked about his interesting style of painting. Here are some quotes from him we lifted from said interview:

On his “d*ck painting” technique: If I’m doing a large-scale painting, having my d*ck be fla**id is better from a technical point of view. The paint is cold so it’s hard to stay hard, so I tie it off. And working on the art gets me aroused.

On whether he is afraid of the paint chemicals affecting his health: I talked to a doctor about it. He reassured me that smoking cigarettes is more harmful than putting paint on your p*n*s.

On his childhood: I lead a rather ironic life. When I was a little boy I liked making drawings of He-Man, Conan the Barbarian, and Rambo, but I hated the attention that it brought me.

On being pigeonholed and reinventing himself: For three years, I was commissioned by Louis Vuitton to draw women wearing shoes. I was so scared that I would be pigeon-holed as the ‘shoe fetish guy,’ but no one even recalls that. That’s what’s great about being an artist: you can always reinvent.

Is Brent Ray Fraser Gay or Straight? According to the Vice Magazine article, the artist “has never been intimate with another man”. Apparently, lots of gay dudes are emailing him for hook-ups.

When he is not painting using his manhood, our Canadian artist is doing some modeling on the side. Like in this one: 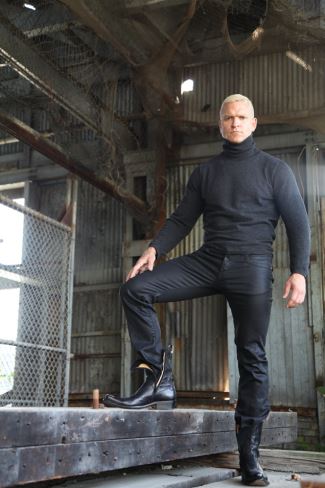 He sure looks good in his Speedos:

Who says artists have to be emo nerds? Surely not Brent Ray Fraser! This is what our friend Kevin calls a fabulous 10 out of 10 body!!! 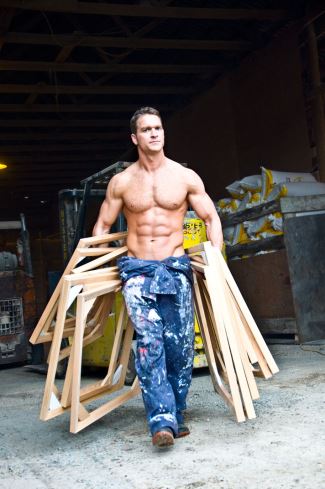