Is Brandon Rudat, the 32-year old anchor of the CBS Atlanta morning show Better Mornings Atlanta, gay? Our friend Kevin thinks the Emmy Award-winning journalist is gay. Well, Kevin is right because Rudat has come out when he was only 19 years old. 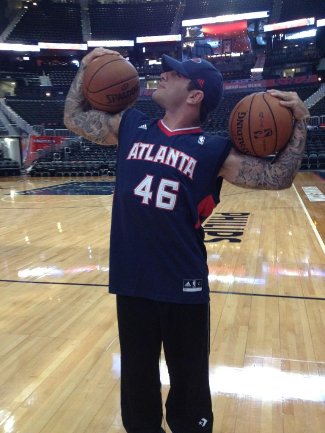 From Project Q Atlanta:”Rudat, who’s been out since 19 and doesn’t see himself as a gay role model, does lend his name to gay causes since arriving in Atlanta more than two years ago. He’ll raffle one of his paintings at the event to benefit Positive Impact, Atlanta’s HIV/AIDS mental health agency.”

Paintings? So he’s not just a journalist but a painter too? Apparently he is a graffiti painter. Oh, and he’s also into kickboxing. Check out the video below.

Who wouldn’t want to have Brandon Rudat’s resume? A morning TV show? Check! Emmy Award? Check! Painting talent? Check! Knows how to kick ass? Check. And he’s got a pretty good body too. 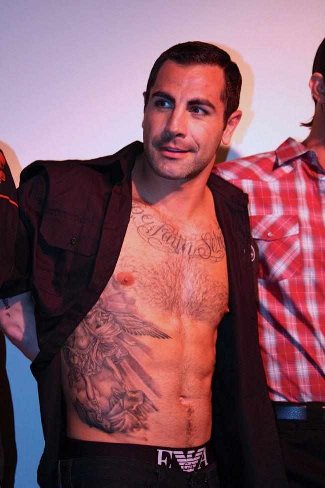 Obviously, he loves him his Emporio Armani underwear. 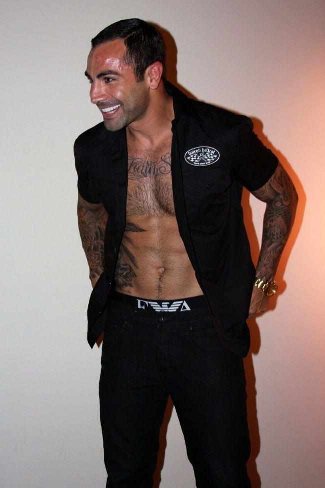 So why is Brandon giving us a peek of his undies? Well, according to Project Q, he’s doing it to support a fashion show (the Rockabilly Hair, Tattoo & Fashion Show) for the benefit of Ben Cohen’s StandUp Foundation. You know Ben Cohen, right? Of course you should know him! He is our imaginary boyfriend. Kidding aside, he is a British rugby player (we’re not sure whether he is retired or not) who’s been one of the leading supporters of LGBT rights in the world of sports. Bless his heart. You can check out our previous posts on Ben here: Rugby Player in Underwear and Ben Cohen and Jason Cundy.

But let’s go back to Brandon, shall we? Does he have a boyfriend? Maybe he is married? Well, we can’t find anything on the internets about him having a boyfriend or being in a relationship but we won’t be surprised if he does have a boyfriend. There won’t be hope for the rest of us lesser mortals if a hot, artistic, kickboxing like Brandon does not have a boyfriend, right?

Now, who is this guy our Brandon is with? If you know, do tell in the comments. 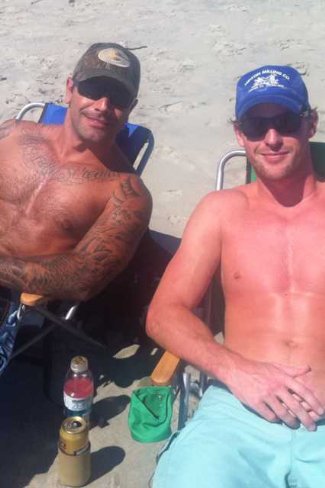 Probably our favorite pic of our TV hunk is the one below.

The pic above is what our friend Deena calls sexiness personified. We agree with her as usual. If that ain’t oozing with sex appeal we don’t know what is.