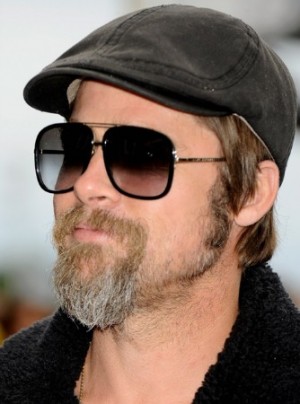 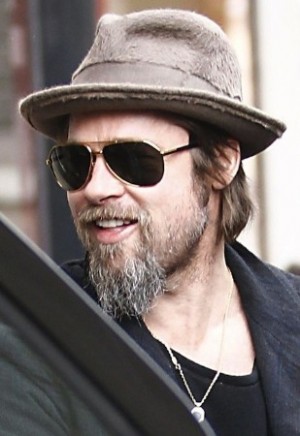 For more of Brad Pitt’s style in terms of sunglasses, check out our previous posts on Angelina’s partner wearing a pair of Tom Ford Hunter sunglasses. Or maybe you’d rather check out these fab male celebrity sunglasses? 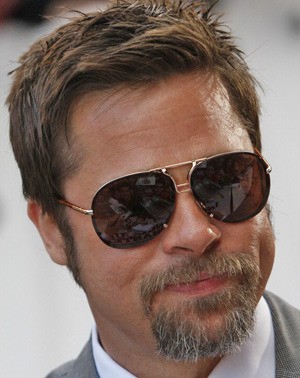 We’ve seen Brad Pitt walking around with his Tom Ford Hunter sunglasses [see below], now here’s Brad during one of his hairy un-fabulous days wearing a pair of Tom Ford Pablo sunglasses.

Do you think this is cooler than the Tom Ford Hunter? And how would you compare Tom Ford’s men’s eyewear to Ray Ban, the definitive brand when it comes glasses?

Do you think it’s time for another Brad Pitt fashion post? We think it is. So here’s our Brad dressed in what looks like a blue collar overall work suit but wearing a fab designer eyewear by Dolce and Gabbana. 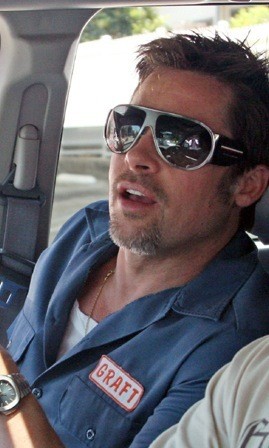 Talk about sending mixed signals, no?

But then again, who says blue collar hunks can’t go for Dolce and Gabbana? 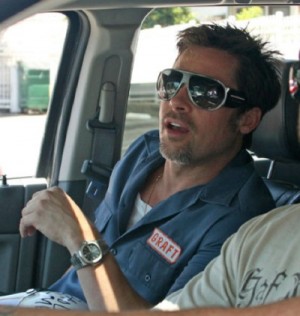 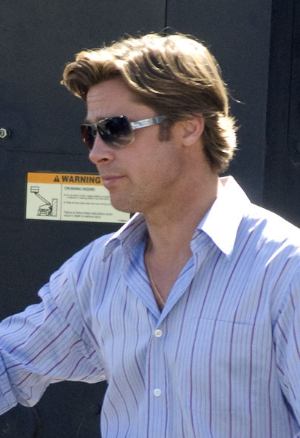 When it comes to eyewear, Hollywood A-Lister Brad Pitt does not stick to one brand. We’ve seen him wearing Ray-Ban Aviator glasses, Dita Ambassador sunglasses, Tom Ford, and other designer brands. Now, check out Brad’s IC Berlin Mahroosa sunglasses which he wore during the shooting of his baseball movie, Moneyball.

Look who’s wearing this fabulous Nueu 708 Aviator Sunglasses? Why, it’s Hollywood “It” Boy (or more appropriately, “It Man”) himself, Brad Pitt aka Mrs. Angelina Jolie. He sure knows how to pick his eyewear like the fab IC Berlin Mahroosa sunglasses and the Dita Ambassador sunglasses we’ve seen him wear in earlier posts. 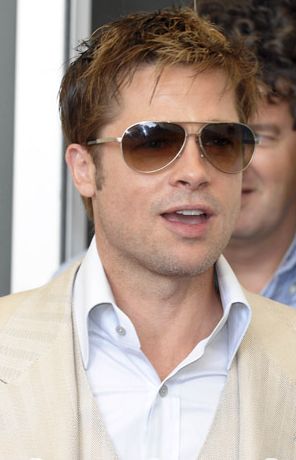 So which of the above pairs of sunglasses is your favorite? Want more Brad Pitt fashion style?