Brad Pitt RayBan Sunglasses and Other Eyewear (Posted 27 November 2010). Want more celebrity Ray Ban sunglasses? Here’s Hollywood A-Lister Brad Pitt looking glam in his RayBan 3025 Sunglasses which, if you remember one of our previous posts, is one of the RayBan Aviator glasses worn by another A-Lister, XMen’s Hugh Jackman. 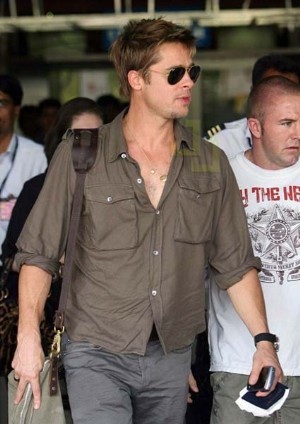 More photos of Brad rocking his RayBan 3025 below. 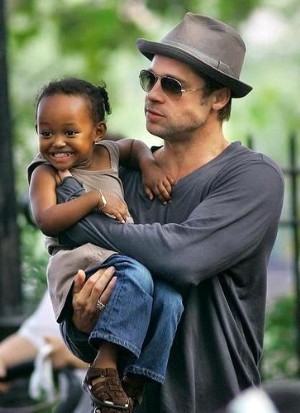 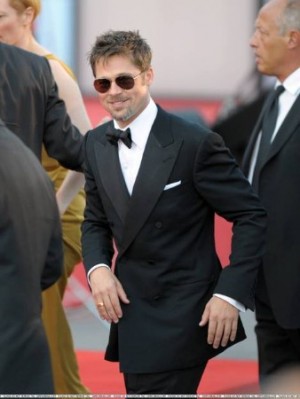 Let’s continue blogging about Brad Pitt and his fashion style, shall we? Please tell us you’re not bored with Brad yet.

Oh come on, he’s probably the most gorgeous man in Hollywood, how can one be bored with him?

Here’s another pic of Brad wearing another Tom Ford eyewear. It’s supposedly called Tom Ford John. Don’t ask us why its called “John”. How designers name their “creations” is beyond us. Hehehe. 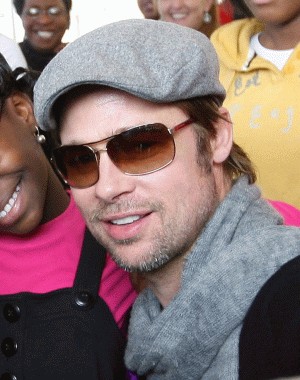 Want more male celebrity sunglasses? Or check out the other brands of sunglasses that Brad Pitt wears. 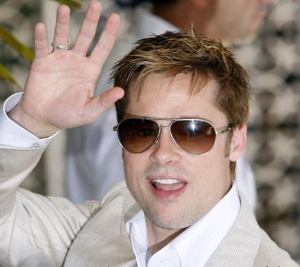 Hello Brad Pitt, are you waving at us? How cool of you to notice us commoners. Hehe. But truth be told, even though you are a Hollywood royalty, we must admit that we’re more interested in your eyewear than in you. Hehehe.

Thing is, our friend Kevin is insisting that its RayBan while we think its not. So can you please settle the matter by telling us what brand of eyewear you’re wearing? What? Did you say its Dita Ambassador Sunglasses? Thank you very much. So its not a RayBan. 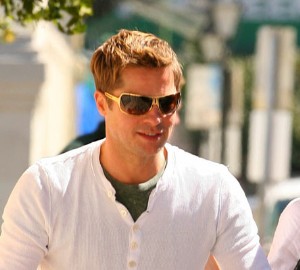 Can’t get enough of Brad Pitt’s sunglasses? We certainly don’t blame you because he keeps things interesting by wearing different brands. In the above photo for instance, our Hollywood A-Lister is wearing a pair of Prada 54Hs Sunglasses.