Bob and Mack Woodruff Shirtless Disney Guys: Rogue Trip. Any of you watching Rogue Trip on Disney Plus? It’s a travel adventure show with retired TV anchor Bob Woodruff and his son Mack.

It’s kinda like the Jack Whitehall’s Netflix show, Travels With My Father, except that we do not see Mack stripping to his tighty whities. We’re still on the 5th episode though and we are keeping our fingers crossed that Mack will follow Jack’s example in the finale. Haha. 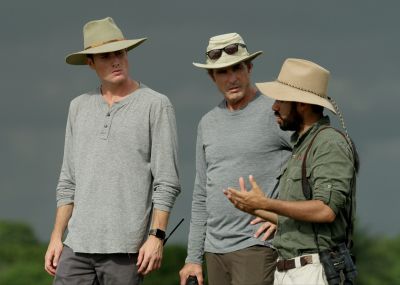 More about the show from disney.com: “ROGUE TRIP is a travel guide to all the places the average tourist is least likely to venture – the roguish nations, territories and regions often misunderstood and frequently overlooked, but each possessing a unique power to surprise, amaze and inspire. Led by ABC News correspondent Bob Woodruff and his 28-year-old son, Mack Woodruff, the two will take viewers on a globe-trotting adventure that will expose the grit and glamour of travel. They’ll share inside jokes, dirty laundry and cramped hotel rooms as Bob teaches his son about the hidden places he loves most.”

Now, if you’re not into travel shows but are fans of shirtless male celebrities like the THOTs and hos here on Famewatcher, you should still go check out the show because the Woodruffs chuck off their shirts in at least two episode.

For instance, here are shirtless images of father and son when they go cliff-diving in Lebanon. Mack encouraging his dad who, for his part, is psyching himself before he splashes down the sea. This is probably our favorite in the series because it shows the loving, supportive, and yet kinda competitive father and son dynamic. 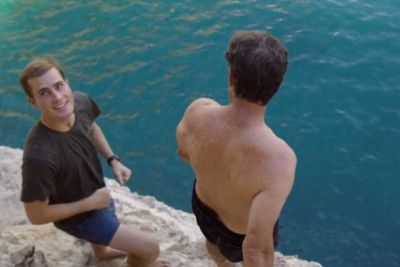 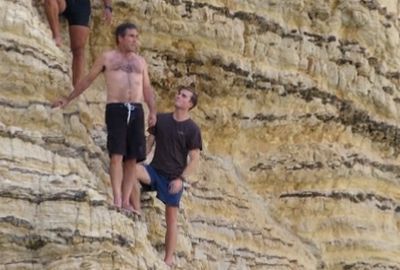 Mack decides to climb further up the cliff before he goes for his dive. 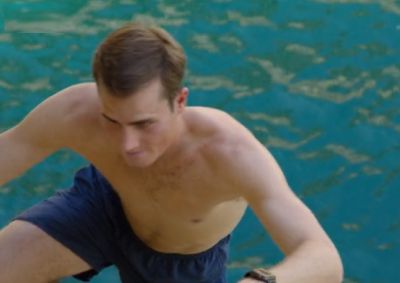 Earlier in the second episode, the Woodruffs get wet in Papua New Guinea where they “help” to tag sea turtles. 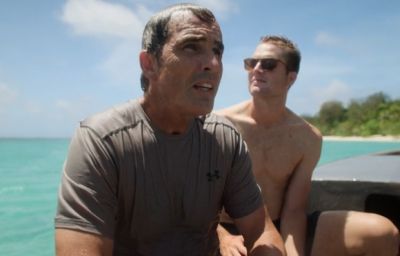 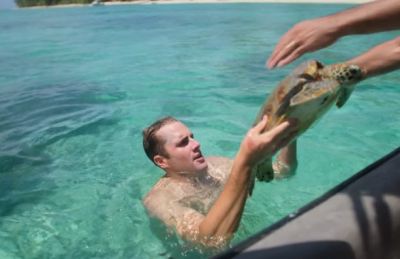 And here are more photos of our Rogue Trip hotties: 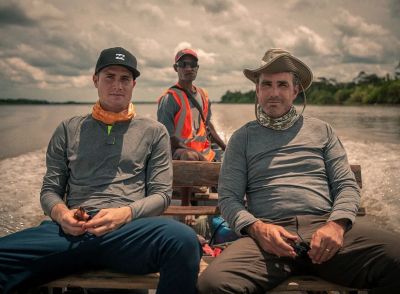 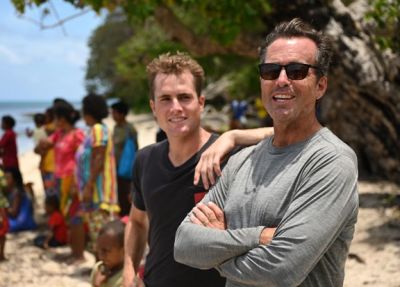 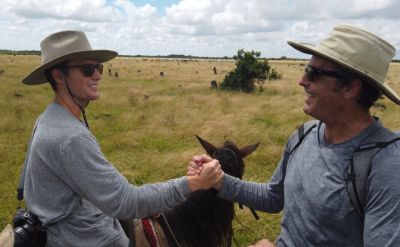 Mack Woodruff Gay or Straight? Our friend Kevin likes to know whether Mack is gay so he’d start crushing on the guy. The answer: Sorry, Kevin but he’s straight. He’s got a girlfriend too according to a blog post written by his mom on leewoodruff.com.