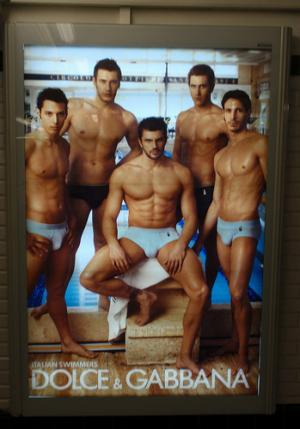 Here’s a blue men’s underwear version of the Dolce and Gabbana underwear print ads we published earlier. Do you like baby blue underwear? According to our friend Deena, who may or may not know what she’s talking about, blue underwear like the ones worn by these Italian swimmers will arouse the maternal instincts of your partner. We honestly don’t know whether that is good or what.

Anyhoo, let’s have more men wearing blue underwear, shall we? Let’s begin with celebrities particularly Zac Efron who apparently, according to this paparazzi photo anyway, loves him his blue underwear. No word on whether this Hollywood rising star is wearing blue boxers or briefs. 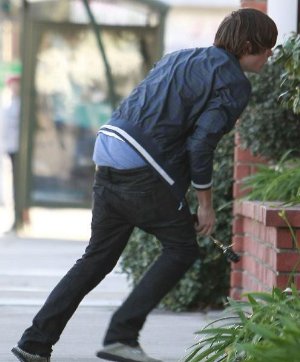 Another actor, but this time from the adult industry, who also apparently loves him is blue briefs – and who look good in them too – is Johnny Castle. Who wants to jump in bed with this dude? Everybody does!

And here’s Blue Mountain State star Alan Ritchson looking saucy in his Puma briefs. The cut of his briefs isn’t very nice, no? Alan looks much better in his jockstraps.

Now, let’s move on to the modeling world. Get yourself comfortable because we’ve got lots of photos of male models rocking their blue underwear. Here’s a runway model in his 2xist briefs underwear at a recent Singapore fashion show. Very nice. Looks like he’s wearing a pouch underwear or even a jockstrap but he’s actually wearing briefs. 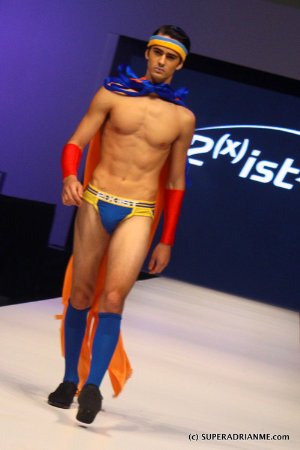 A muscled hunk in Diesel underwear. Like Johnny Castle up there, this is another guy that our friend Deena wants to jump in bed with. Our friend’s got good taste, no?

And here’s a sexy Japanese hunk in his fit and tight blue briefs underwear.

Of course, there is more to blue underwear than skimpy briefs. There are fabulous blue boxers too. Like this very blue boxer shorts on the sexy handsome model, Chad Pinther. 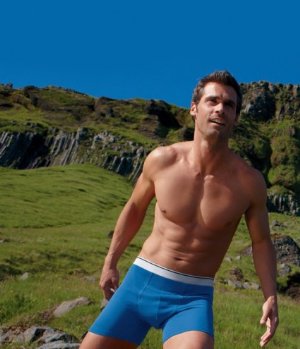 Sometimes, your underwear need not be all blue to be considered blue, right? Check out this Ginch Gonch underwear on this bald hunk.

If there are blue skimpy briefs and blue boxer shorts or blue boxer briefs, can blue thermal long johns underwear be far behind? Of course not. So let’s check out these men and their blue long johns. 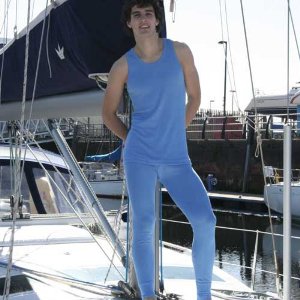 Ever heard of an underwear brand called Lazzybum? We haven’t heard of it either. But this model, as you can see, is wearing a Lazzybum long johns thermal underwear. 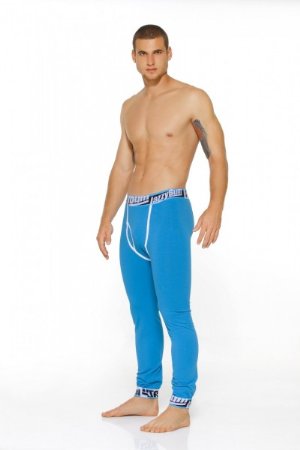 So what do you think of blue underwear? Kinda sexy huh?