Blue Denim Jacket of the Day. Today in celebrity denim jackets, we bring you Jake Miller and his popped up blue denim jacket. If that image is not the depiction of coolness, we don’t know what is. [Wanna see more of Jake Miller? Check out his shirtless photo in our post on hot male singers.] 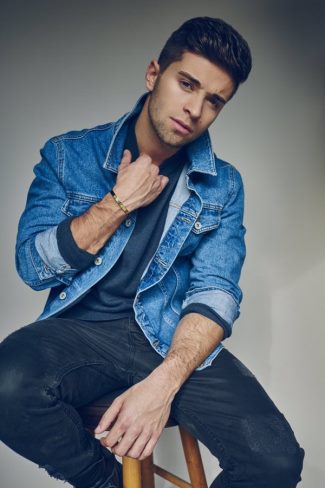 How hot is this guy? He’s hot enough that Wilhelmina Models signed him as a celebrity model. Here’s another pic of Jake and his fabulous blue denim jacket. 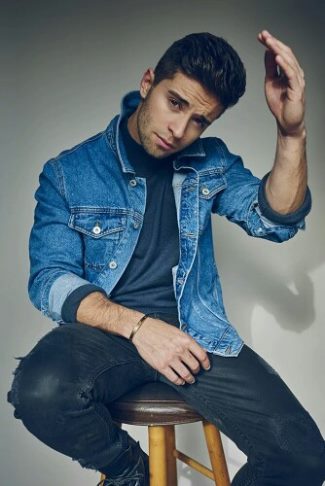 Is he trying to say that he wants to grow more inches to his body? He currently stands at 1.74m (5feet 8.5inches) which is not that tall but he is certainly taller than Tom Cruise (reportedly 5 feet 6 inches) or Al Pacino (reportedly 5 feet 7 inches). Jake is only 23 years old so he still has time to add to his height. Right? Or has his growth years ended already?

Anyhoo, Jake must be taller too than them One Direction guys who, for some reason we cannot comprehend, have made teen girls a-crazy these past few years. Maybe you can explain their appeal? They’re not that good in singing. They ain’t exactly lookers (except that Zayn one). And they’re certainly not as hawt as Jake Miller. Hehe. Jake is legit hot. One Direction? Not so much. 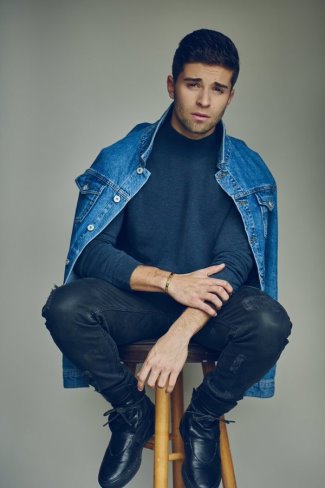 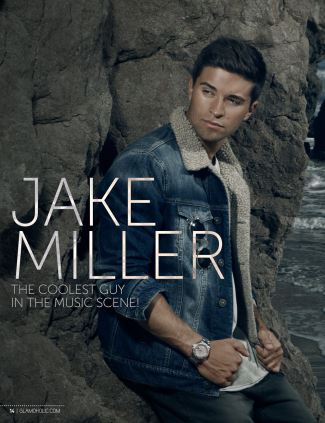 We grabbed the pic from glamoholic.com which calls Jake the “coolest guy in the music scene” a description which we most certainly agree with. What about you? What say you of Jake, his coolness, his fab blue denim jackets, and whether he is much hotter than ’em British dudes managed by Simon Cowell? Sound out in the comments.