Blake McIver Ewing Shirtless and Speedo, Part II. We came across these gorgeous photos of Blake McIver Ewing so we decided to update this post because we know that you love some dudes in skimpy outfits. We are talking about you, Kevin. Oh, we are also talking about Famewatchers who are thirsty hos. You know who you are. If you want more of these, check out his Insta @blakemciver where he posts more revealing photos. You won’t regret following him. Hehe. 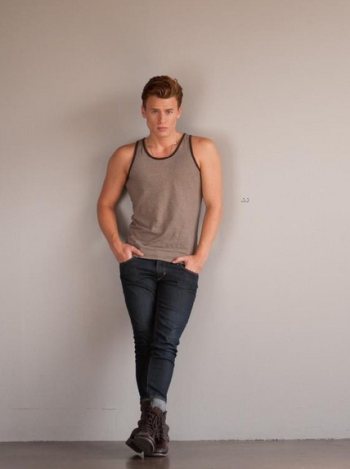 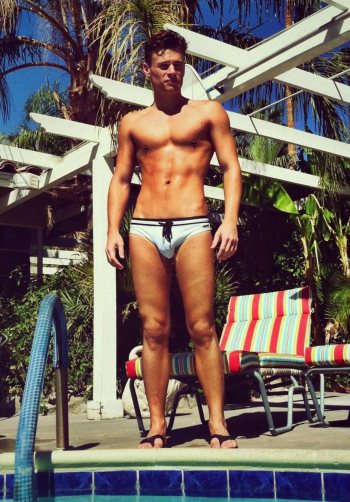 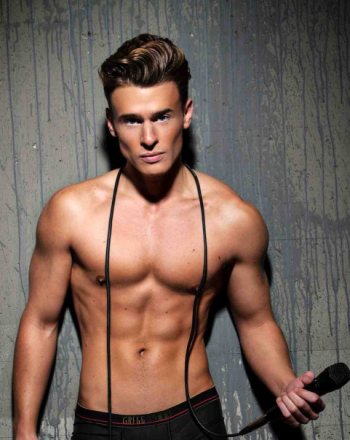 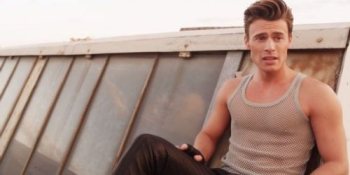 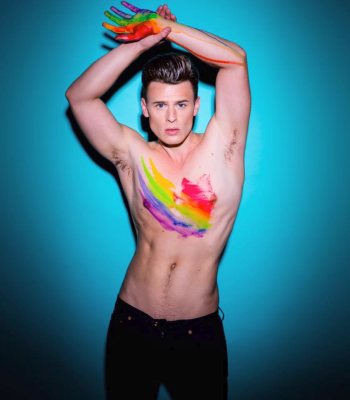 …..
Blake McIver Ewing Shirtless and Underwear Photos (17 October 2013). Is Blake McIver Ewing gay or straight? In the video below which he uploaded on Youtube in 2011, the Little Rascals actor, sings about how things can get better for members of the LGBT community. Apparently, he was bullied when he was younger and notes that he could have been a “gay teen suicide statistics.”

Well, there should be no doubt that this answers the “Blake McIver Ewing gay or straight” question, no?

Anyhoo, here’s what our Blake says about his song: “This is a song I wrote for anyone who has ever been bullied or taunted or made to feel “less than” by others. When I was fourteen I came very close to becoming a gay teen suicide “statistic” but I then turned to music, my piano, my loved ones, and discovered that it does in fact get better.”

The singer adds: “But that being said, I believe we must raise awareness to protect the LGBT teens who are still being physically and verbally assaulted and fear for their lives every day. We also have a responsibility to end this suicide epidemic. It won’t get better unless we all fight to make it better! Thank you for listening.” [courtesy of Blake’s Youtube]

Anyhoo, what is the former child actor doing these days? Well, he is starring in one of Bravo TV’s new shows this season, The People’s Couch. Here’s a preview for the show (update: unfortunately, the preview no longer exists).

Kinda gay, right? We hope this becomes a Bravo hit. Seriously, Bravo needs other shows aside from those Real Housewives.

Anyhoo, back in 2009, our Blake reportedly did a stage play, The Light in the Piazza, at the El Portal Theatre in Los Angeles. (Photo credit: Ed Krieger via Los Angeles Times). 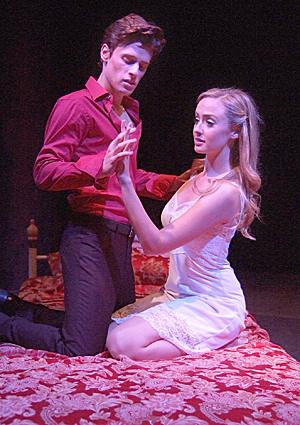 His performance got pretty good reviews like, for instance, this one from stagescenela.com:

Blake McIver Ewing is easily the best of the five Fabrizios I’ve seen. It’s refreshing to finally have a Fabrizio who looks the character’s age, and despite a lengthy film and TV career that spans back to a 1993 appearance in the movie Calendar Girl (as “6-year-old Ned”) and numerous episodes of Full House (as pint-sized Derek Boyd), Ewing is still only a few years older than Fabrizio’s twenty.

The striking young actor captures every iota of Fabrizio’s boyish charm, his love-at-first-sight passion for Clara, and his flair for the dramatic, which he shows off in a bravura “Il Mondo Era Vuoto,” an operatic declaration of love which has Ewing on his knees at one point, hands extended to God, and not long after, cupping his father’s face in his hands, his Dad being the next best thing to Clara at that particular moment.

Ewing is handsome, endearing, and a phenomenal singer to boot.

Wanna see some shirtless and underwear/swimsuit photos of Blake? Here you go: 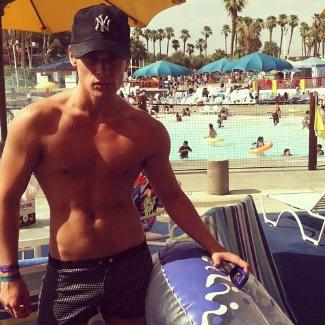 Want more Movie Stars in Speedo Swimsuits? Is this your boyfriend, Blake? 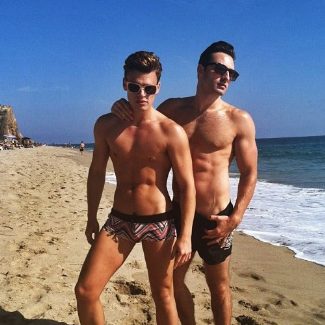 Hmmm, maybe we should include him to our group of men wearing red Speedos. That’s it for now, fellow Famewatchers! 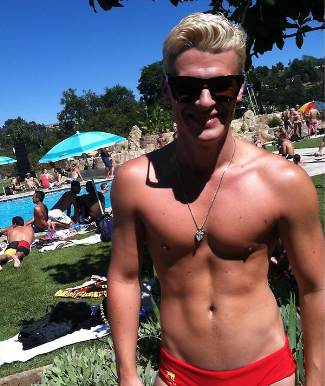