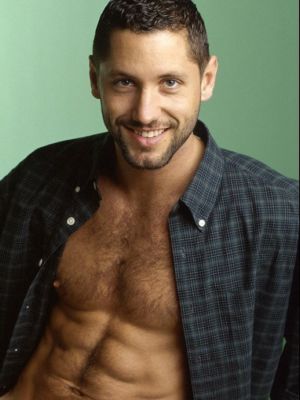 Blake Harper aka Peter Tiefenbach is Now a Nurse? Is chest hair back? We think so. Male celebrities should ditch all that manscaping and follow the example of our dude of the day, Blake Harper, who is proudly sporting an unshaved, unwaxed, un-manscaped chest and abs. If that ain’t gorgeous and manly, we don’t know what is. Oh, in case you our wondering, our Blake is from Canada so let’s include him to our list of totally gorgeous Canadian hunks.

So what is Blake up to these days? Well, according to his wikipedia page, he is working as a nurse at a hospital in Windsor, Ontario in Canada. Pretty cool change of profession from modeling, huh? But this info that Blake is now a nurse is dated (2007) so take it with a grain of salt.

Now, some of you might be wondering, “Who exactly is this Blake Harper?” To answer your question, here are some Six Things You Should Know About Blake:

1. His real name is Peter Tiefenbach.

2. He is an actor for movies which cater to guys who like guys.

3. According to IMDB, he has 37 movies to his name (with interesting titles such as Devil Is A B*tt*m, Don’t Ask, Don’t Tell!, I Know Who You Blew Last Summer, Moan, etc) and he’s won seven acting awards one of which is a GayVN Best Actor Award in 2000.

4. His eyes are blue, his hair is dirty blonde, and he stands at exactly 6 feet or 1.83 meters. Damn, he looks good, doesn’t he? He sure is rocking his plaid and jeans outfit. 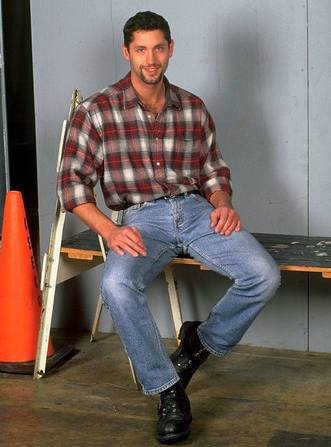 6. How did he start working in movies? Here’s what he told Gio of Jump on Mark’s List during an interview: “I wish I had a great discovery story for you but it was very simple. I used to live in San Francisco. I was working out at Market Street Gym and was approached by an acquaintance who was scouting for models. I had an interview with Steven Scarborough of Hot House and even though I didn’t do my first flick with Hot House, that interview did set the ball in motion.”