Black Underwear Briefs, Jockstraps, and Long Johns. This post is for those of you guys who like black underwear briefs and the sexy men who wear them. What did we say about black Speedo and black undies? Well, if black clothes make you look thinner than you actually are, then it follows that black underwear makes it look smaller than it actually is. 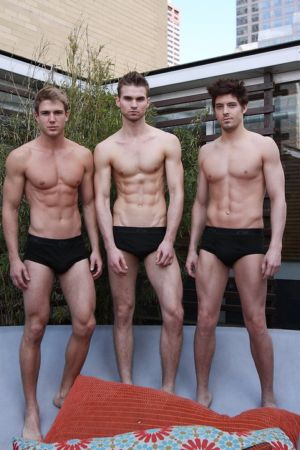 So wear them only if you have a good package to hide and you don’t want it to be the center of attention. You know, like this white-Speedo-wearing-dude. Hehe. 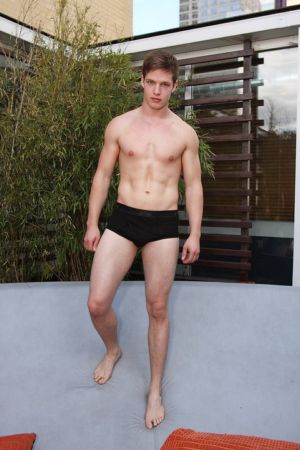 Hot 2xist male models all in a row. Nice. 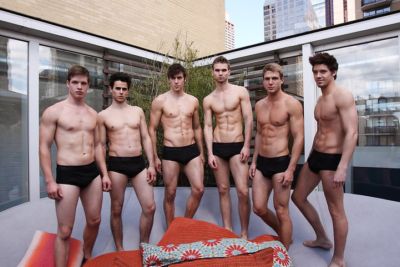 Black Underwear Briefs Update: Of course there is more to black underwear than your classic briefs for men. There’s black jockstrap underwear too like the McDavid jockstrap on this male model.

Oh, and jockstraps need not be made only of boring cotton. It can have silk in them too, like the Magic Silk jockstrap below, which should bring out the sexiness in you. Magic Silk used to focus on producing intimate apparels for women but it has since expanded its product line to include sexy apparels for men.

Speaking of intimate underwear for guys, what do you think of this B*Boy jockstrap? Looks sexy and intimate enough to us. Now, let’s move on from your revealing and “barely there” jockstrap underwear to that kind that keeps you warm during cold nights: thermal long johns underwear.

Here’s a black long johns for men from Engel, a German company known for its use of natural organic textiles for its underwear and other apparels. The longjohns below is reportedly made with silk and wool. 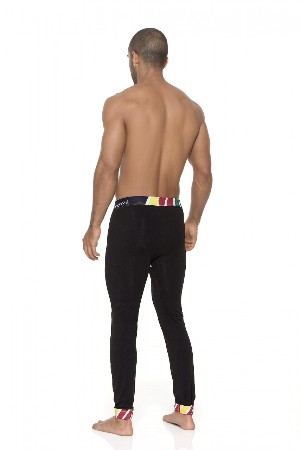 Bjorn Born underwear needs no introduction for you because we’re pretty sure you already know that its the underwear line of tennis great Bjorn Borg. Check out the sexy boxer briefs, Black Rose by Bjorn Borg. 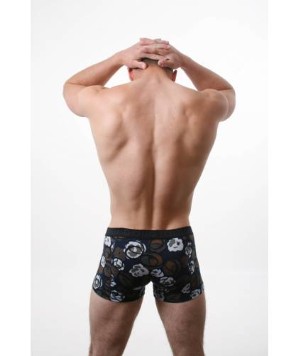 This one’s reportedly made of 95% cotton and 5% elastane. Nope, we don’t know what elastane is but we imagine it improves the stretchability of your undies.

Okay, let’s end this post about black men’s underwear, with this boxer briefs from Delta, an underwear brand from Israel. 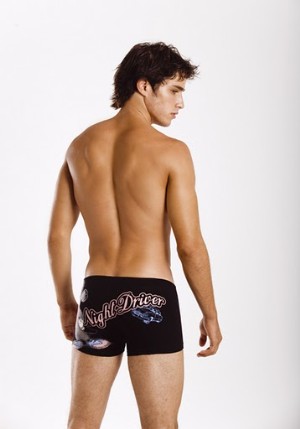