Black Male Model Washboard Abs. Wow, great abs. How many workout sessions would it require for a man to have sculpted abs like this? We say, hundreds. This model’s ab muscles put Alexander Marashi’s washboard to shame. Too bad we don’t have his name so we can ID him properly. 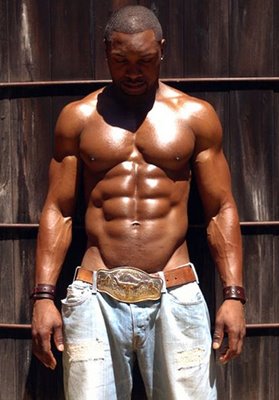 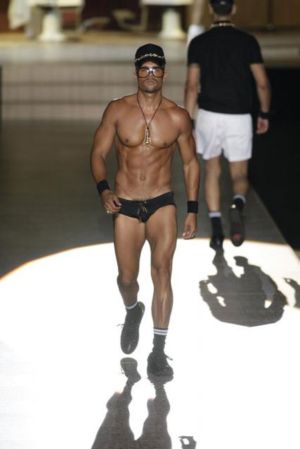 The next guy below looks like Tyson Beckford, no? 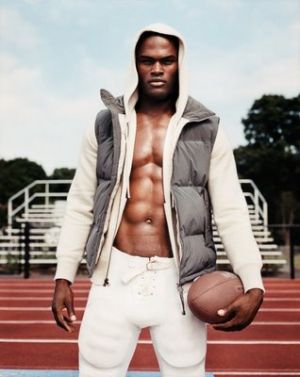 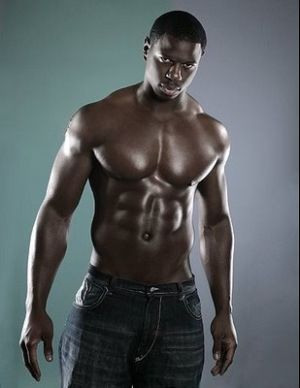 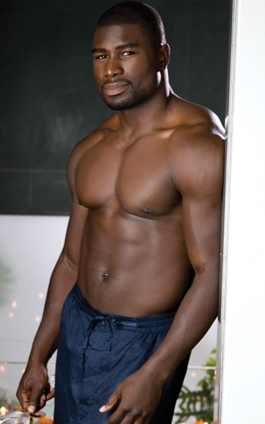 Is NFL footballer Ovie Mughelli, fullback for the Atlanta Falcons, gay? Answer: Who cares. All we care about is the fact that he looks great without his shirt. And he’s got great abs too.

Okay, okay, seriously now, a blogger named Miss Jia is outing Ovie Mughelli. S/he claims to have proof that Ovie had a relationship with a dude but he treated the dude badly so the dude is now outing him.

Lesson of the day: Don’t treat your dude “friend” badly if you don’t want the dude to out you. Anyhoo, here’s a pic of Ovie in his Joe Boxers boxer shorts in a hotel where Ovie and the dude allegedly had their Jack Twist/Ennis del Mar moments.

Did we say that Ovie’s got a great bod? 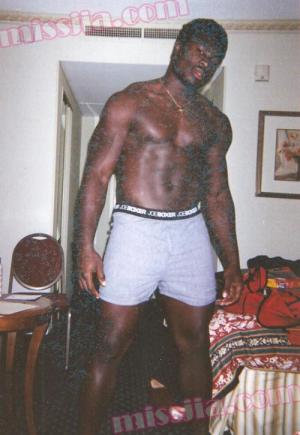 Here’s what some of you fellow Famewatchers are saying about this controversy:

Hank: You guys should know better than to let someone use you and that’s what just happened. Ovie is not gay. This whole thing is about someone trying to hurt him. Could be me or you…but we ain’t making $3MM are we? Follow the money dawgs. But word’s out–Ovie is straight.

Brandon: @Hank, and how do you know that? You wasn’t there and you don’t know. I’d rather not know whose gay or not. I mean, I know I’m gay, but I rather not know if this man is gay or not, it’s really none of my business or yours, Hank. 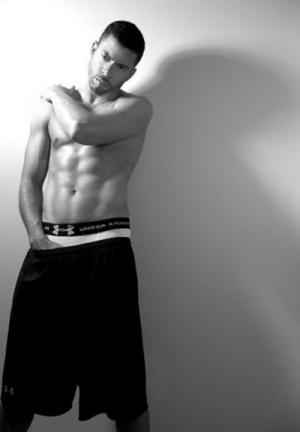 Everybody now knows that this is a fake photo and that investment banker Al Reynolds is not going to be modeling underwears but damn wouldn’t it be great if he did. Not than we can’t get our fill of hunky black male models in their undies but Al would be an interesting addition. What about it Al, eh? Get in shape and do a Beckham on us. Let’s not have Terrell Carter get all the Speedo glory.