Black Formal Shoes For Men: Celebrity Red Carpet Fashion Style. So what do you think of pre-aged shoes? It’s kinda silly, if you ask us? We can’t imagine buying ourselves a pair of shoes like these ones. We’d rather buy ones that look new and wear them till they look aged and battered because they’re actually aged and battered. But to each his/her own.

Maybe some of you are fans of this shoe style. The first pair below is from Billy Reid. 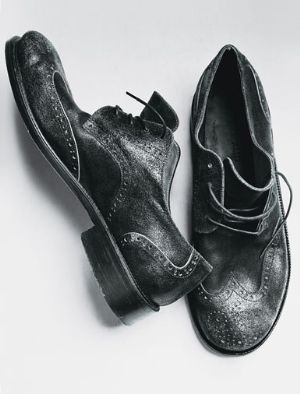 Meanwhile the next one is from the Hugo Boss men’s shoes collection. 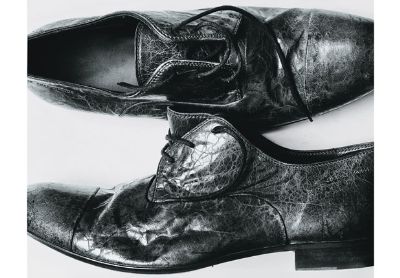 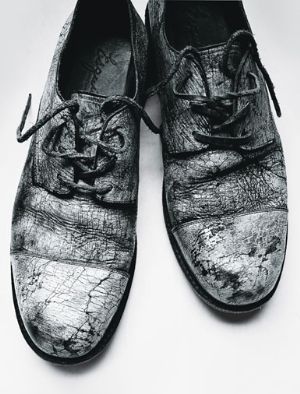 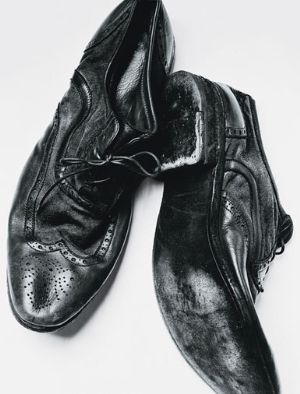 And last but not the least, pre-aged shoes by Topman. 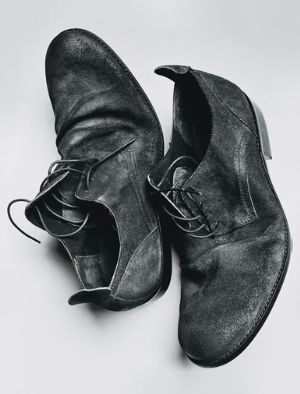 Want more men’s shoes formal shoes? Then check out the guys below!

Now a pre-aged shoes may be fine to wear when you want to go “edgy” but you should avoid wearing them if you are attending a major award ceremony like the Oscars, or the Golden Globes, or the Emmys. Kevin, Deena, and I agree that you can go edgy if you’re attending the Teen Choice Awards as well as the informal anything-goes MTV Awards.

Anyhoo, let’s check out some famous men and the formal shoes they wear to a major Hollywood event. Who wore this classic pair of Salvatore Ferragamo calfskin leather shoes? 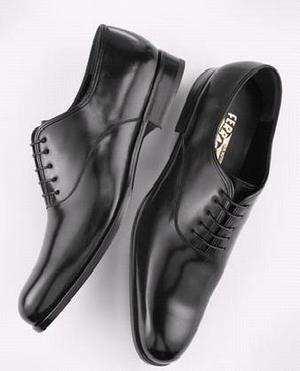 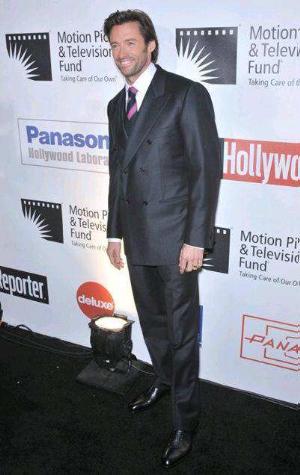 Ryan Seacrest, Hollywood’s version of the omnipresent God, is wearing a pair of flat Oxford patent leather shoes when he did duty as red carpet interviewer during a recent Golden Globe Awards. [For more Ryan Seacrest red carpet fashion style, check out our post on Burberry Suits for Men.] 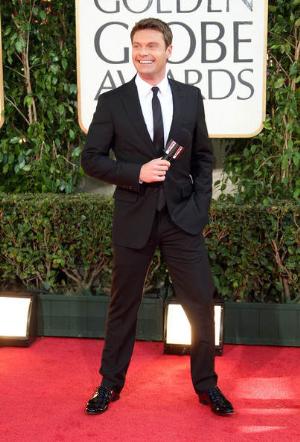 For his part, John Krasinski aka Jim Halpert in the NBC hit The Office, was seen in an all-Prada ensemble during the 17th Annual Screen Actors Guild Awards. 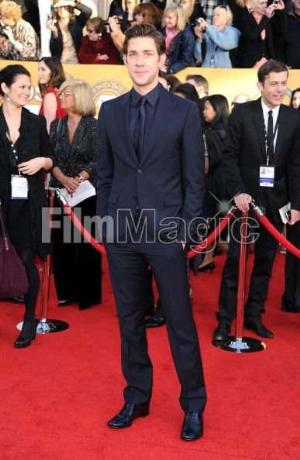