Black Men in Tuxedo Suit: Hollywood Celebrities and Famous Guys. Our favorite TV actor/comedian Tracy Morgan looks awesome in his tuxedo. Don’t you just love his playfulness? This photo is from the 2009 Emmy Primetime Awards where Tracy was nominated as Outstanding Supporting Actor in a Comedy Series for 30 Rock. He, unfortunately, did not win. 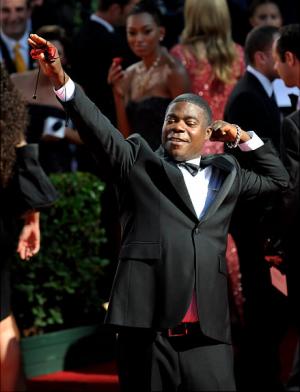 Anyhoo, Tracy will be starring with Bruce Willis in a new movie called A Couple of Cops (original title: A Couple of Dicks). We are so looking forward to watching that movie. It would be great to watch Tracy on the big screen.

Want More Black Celebrities in Tuxedo Suits?. Our friend Deena wants to see more black Hollywood celebrities in their dapper suits and we are more than willing to oblige. This update is for you dear friend and for folks like you who love them their black hunks in tuxedos.

We begin with one of our favorite actors ever, the Oscar-winning Denzel Washington looking awesome in his Armani tux. 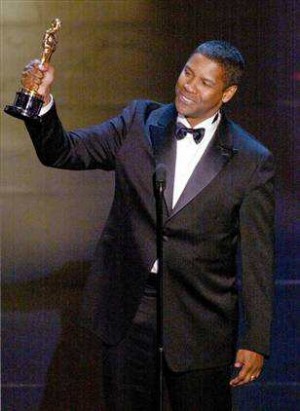 Speaking of Oscar winners, check out Morgan Freeman and Jamie Foxx in their tuxedo suits. Both of them bagged an Oscar statue back in 2005, Jamie as Best Actor for Ray and Morgan as Best Supporting Actor for Million Dollar Baby. 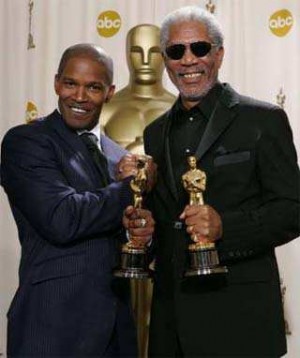 From the world of sports, we have the great Muhammad Ali at the prime of his life – specifically 1974 when he was named by Sports Illustrated as its Sportsman of the Year. 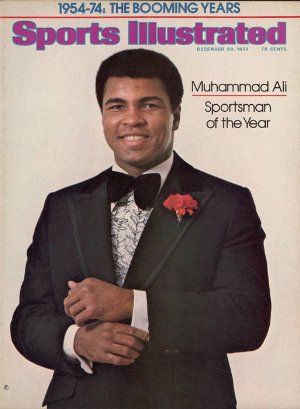 And here’s another sports great, Michael Jordan (the Muhammad Ali of boxing according to our sports-minded friend Conrad, re-creating Ali’s pose. How cool is the “posing with one fist over the other” thing? 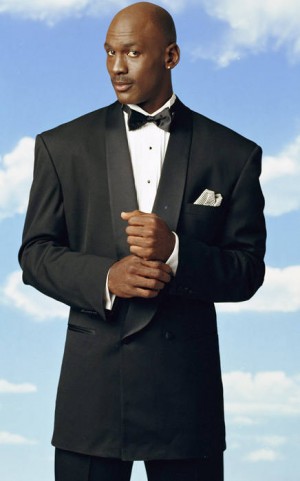 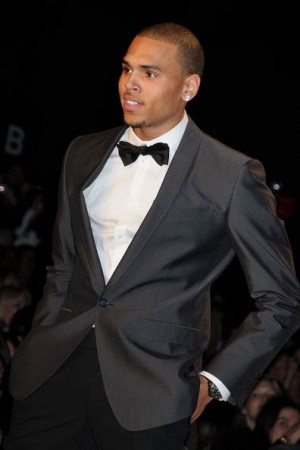 Speaking of shaggable young men, here’s the most powerful man in the world, the President of the United States. 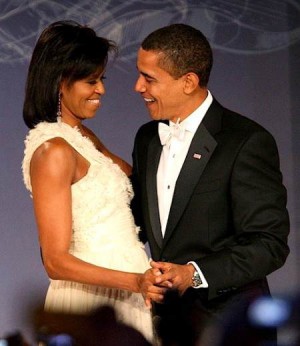 President Barack Obama wore this tuxedo by Hartmax during his inauguration ball. We’re looking forward to see what he’s gonna wear during his second inauguration (fingers crossed that it will happen).