Billy Currington Underwear and Shirtless Photos: Now Keith Urban has company in the “country singers who posed for male mags” category. Famewatchers, meet Billy Currington. Though you might not have heard of him before, he’s got six #1 hits to his name in the Billboard 100 Country Songs. He bagged a CMT Music Awards trophy in 2006 for the Hottest Video of the Year (Must Be Doin’ Something Right) and he has been nominated for a Grammy and an Academy of Country Music Award in 2010. 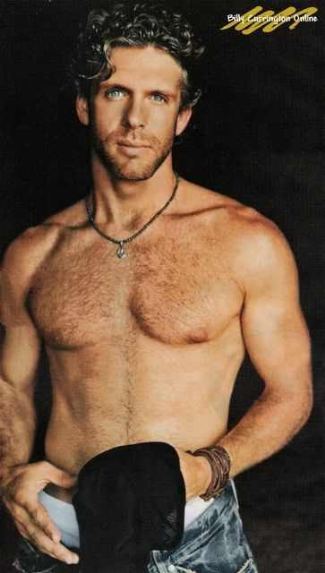 Oh, did we say he posed for a male mag? Here’s his covershoot with his white underwear peeking from his low-hang jeans. 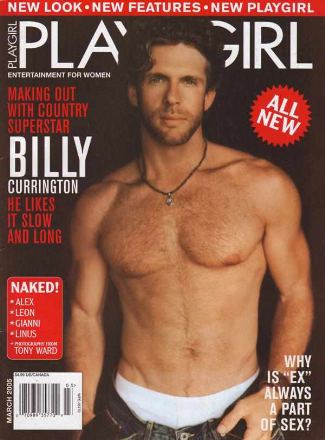 Billy Currington Underwear Preference. Speaking of underwear, what kind of underoos does our hunk singer prefer? Hah. He actually addressed the issue in his myspace account (remember myspace?) a few years ago.

Here’s what he posted: “Boxers or Briefs? Soooo…..ever since i’ve been in this business, i’ve been asked the question “Boxers or Briefs ?”. Like seriously over 483 times..at least. But i don’t get it…?? Did country music adopt that question years ago for some reason? Ha…..seriously………do people really care about that stuff?…..just curious……u tell me…???”

We’re going to assume that said myspace account is the real deal and not someone posing as Billy Currington. 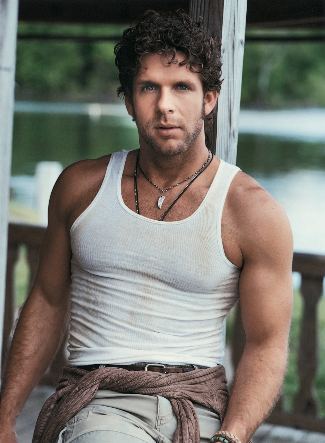 Damn, what a stud of a man. Haha. Check out his awesome muscles. He can do some muscle-modeling on the side, no? 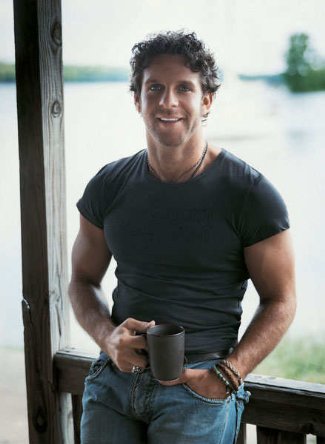 Anyhoo, for those of you who are wondering why he posed for Pl*ygirl, here’s his answer via CMT:

What made you decide to do Pla*girl? Do you think it impacts your career in any way? And, what did your mom think?
Playgirl was something that I didn’t actually decide to do. It was out of the blue. I get this call from someone at my label and says, “Hey, you know, Pla*gi*l wants you to do this four-page article, and they want to put you on the cover of the magazine.” Of course, immediately I’m thinking, “That’s not really something I think I should do,” you know. Because, growing up, you think, “Pl*yg*rl. It’s negative.” But I ended up feeling like it was something OK to do, and it’s been really good for the career in a small way. I constantly feel like I sign more of those magazines than I do my own merchandise.

My mom had a good laugh about it. I remember her telling me, “I’m OK with this for sure, but your grandma is not gonna like this. But the funny thing is, she did. She thought it was the cutest thing. But, of course, the first question she asked me was, “You ain’t n*k*d, are you?” “No, I’m not n*k*d.” She said, “I don’t want to pick this thing up and see your weenie. I’ve seen enough of that when you was a baby.”