Billy Bush Shirtless Photos Update. We are updating this post to note that Billy is now with the entertainment talk show Extra which used to be Extra Extra when it was anchored by Mario Lopez. Mario, for his part, is now with Access Hollywood where Billy used to work.

Secondly, Billy and wife parted ways with Sydney Davis. In July 2018, they announced that they are divorcing because of irreconcilable differences.

Finally, since we are all about shirtless celebs here on Famewatcher, here’s a shirtless Billy chilling in a tub. We grabbed this from his Insta which you might want to follow @billybush). 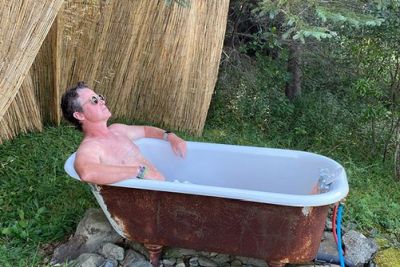 …..
Billy Bush Shirtless Photos (5 May 2016). Look who’s hanging out with The Chippendales? It’s Access Hollywood news anchor Billy Bush. He may not be as sculpted as the real Chippendale dancers but you gotta give the guy props for our audacity. Right? Our hubby, who is in reasonable shape for his age, flat out says that he would not stand shirtless with these guys because he will pale in comparison. Hehe. 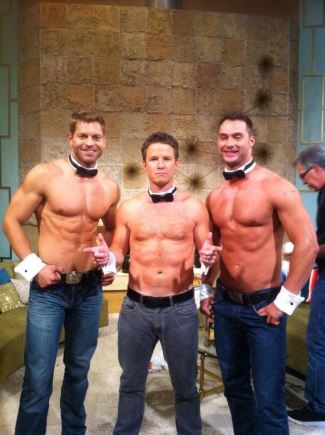 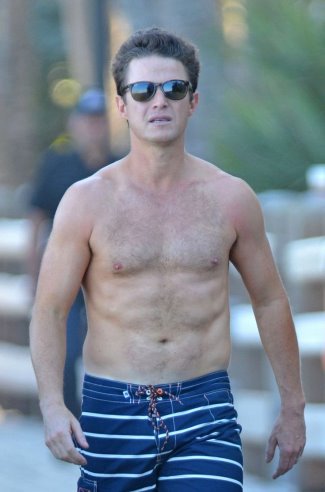 Billy and his big curly hair has made the headlines recently following reports that he is moving from his current gig on Access Hollywood to a more high profile, more respectable gig with the Today Show. More from the NY Daily News:

A formal announcement about Bush’s new gig is expected to be made at NBC’s annual upfront presentation May 16 at New York’s Radio City Music Hall. THR first reported NBC’s courtship of Bush in October, and the move is said to be an open secret on the Access set. Sources close to Bush say he recently began the process of relocating from Los Angeles to New York.

NBC News declined comment, but Bush is expected to play a key role in the venerable morning show’s 9 a.m. hour. However, it’s unclear if he’ll be rotated in or will replace Willie Geist, who recently began hosting a revamped Sunday version of “Today” while still appearing on Today’s 9 a.m. hour and MSNBC’s “Morning Joe.”
…
Bush, who was a correspondent for WNBC’s “Today in New York” morning show early in his career, has been at “Access Hollywood” since 2001. He was bumped up to co-anchor in 2004 and then was named co-anchor with Kit Hoover of its spinoff, daytime show “Access Hollywood Live,” when it launched in 2010.

“Access” staffers already have begun to bid farewell to Bush, who will have to move to New York for “Today.”

Is Billy Bush Gay or Straight? He is straight and married to wife Sydney Davis since 1998. The couple have three kids. He ain’t too straight to wear a dress though which he did a few years ago when he covered the royal wedding. Check him out as a lady. 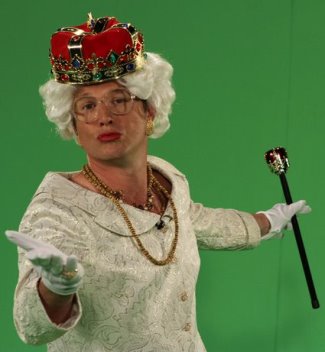 According to Homorazzi, our Billy also went kinda gay when he went for male model Rob Wilson’s washboard abs when the latter guested on Hollywood Access. 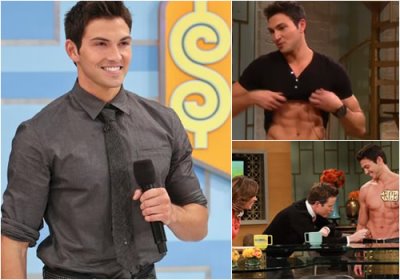 Let’s end this post with this kinda throwback photo of Billy wearing an old-style swimsuit for men. 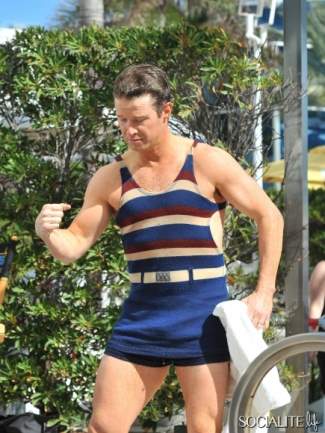 We’d add a third Billy Bush shirtless photo but WordPress is acting up for some reason. More in a future update.