Big Sean Shirtless Photos. We saw him wearing a fabulous BLK DNM leather jacket, now let’s check out the chart-topping rapper wearing nothing but a pair of jeans. 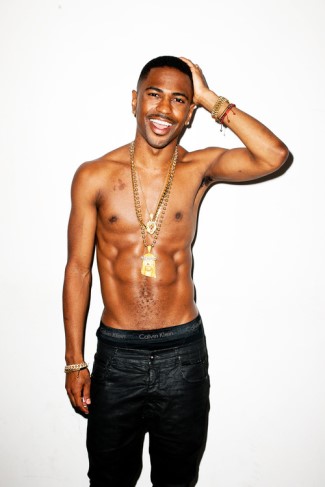 If our boyfriend have toned washboard abs like B*g Sean, we’d ask him to always go shirtless at home too. Hehe. By the way, does B*g Sean in the pic above kinda remind you of Nick Cannon?

He sure is loving him his Calvin Klein underwear, isn’t he? 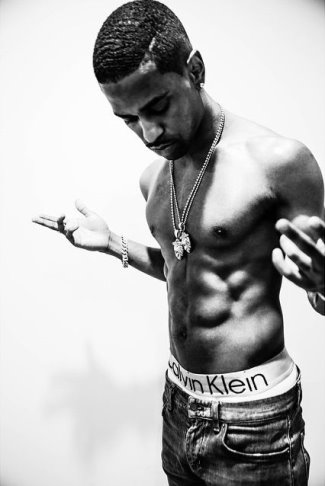 The Calvin Klein powers-that-be should hire him as their next underwear model. We saw his controversial in-the-buff photo and we assure you there won’t be any Justin Bieber-like controversy about how gifted B*g Sean is when it comes to his equipment down there. 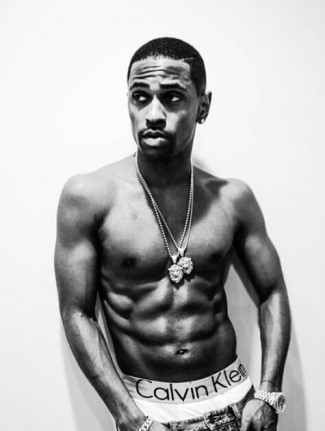 Our rapper is one of them guys who let their trousers sag to the point that all we’re seeing is their underwear. Check him out during a concert performance. 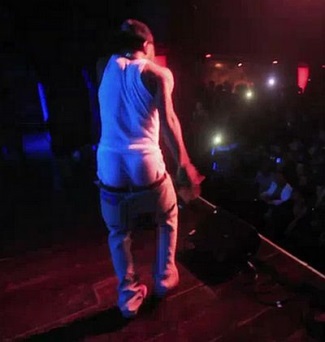 For those of you wondering whether he wears boxers or briefs, this is your proof that he is more of a boxer briefs kind of guy.

Is Big Sean Gay or Straight? He is obviously straight considering his dating history (his last girlfriend is Ariana Grande). Our friends at gayorstraight.com thinks he is “very straight”:


B*g Sean gaydar: According to 40 visitors B*g Sean is 37% gay. However, the average gay-rating on gay-or-straight.com is 69%, which means Sean is very straight in comparison to other celebrities on this website.

Still, there are rumors out there that our Sean is into dudes which is why he is apparently very friendly with a gay male model named Pony Zion. According to his internet profiles, Pony Zion is also a choreographer, artistic director, dancer, recording artist, and founder of the dance group Vogue Evolution which competed on Americas Best Dance Crew.

Here are photos of B*g Sean and Pony Zion getting cozy cozy together. 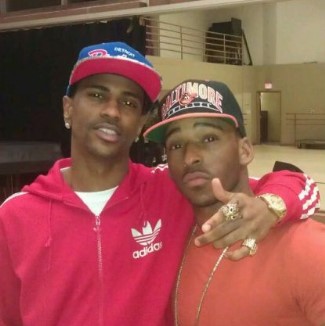 Let’s end this post with a shirtless pic of Pony Zion.