Jason Burrill Shirtless, Ex-Charlie, and Other Stuff. This post is for those of you who – like us – are appreciating the hunky manliness of Big Brother UK’s Jason Burrill. Now, that’s a man’s man. No wonder his ex-girlfriend Charlie Doherty — who is also cast in Big Brother among The Others — is still pining for him, is talking about Jason as the one who got away, and tattling to people about her ex’s impressive package. 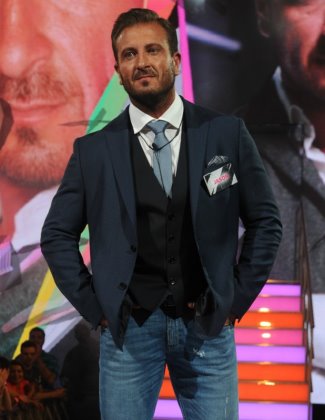 Charlie sure is a kiss-and-teller. Here are some choice quotes from her about Jason: END_OF_DOCUMENT_TOKEN_TO_BE_REPLACED

Clay Honeycutt Football Hunk in Big Brother. There’s a new hunk in BigBrotherTown! Yay! His name is Clay Honeycutt. He’s a college football star from Texas A&M University. And … oh, the UnderwearWatchers among us will love this, Clay did some underwear modeling too.

But before we give you Clay’s underwear pics, here’s a Dallas News report of him getting cast on the Big Brother reality show on ABC:

Former Texas A&M safety Clay Honeycutt is used to playing in front of a crowd. In his senior season of 2014, he saw action in nine games and recovered a fumble for the Aggies. Honeycutt will be competing on a TV screen near you once again, but it won’t be football. CBS has announced Honeycutt as a contestant for the 17th season of the popular show ‘Big Brother.’ END_OF_DOCUMENT_TOKEN_TO_BE_REPLACED

Oh my! Turns out there will be more than one man-candy on Channel 5’s Celebrity Big Brother. We thought we’ll be focusing our two eyes only on the gorgeous and beautifully sculpted David McIntosh but he’s got a rival in the person of Ricci Guarnaccio who’s got some awesome abs as well. So we got no choice but to also keep an eye on Ricci. Ain’t this the body of a sea god rising from his underwater kingdom? 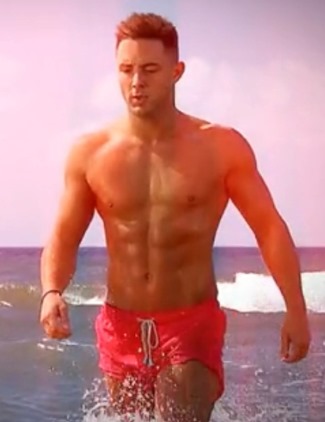 Ricci must have been inspired by Daniel Craig’s iconic James Bond scene, no? END_OF_DOCUMENT_TOKEN_TO_BE_REPLACED