Beyonce Plastic Surgery: Boob Job? Did Beyonce Knowles undergo some breast augmentation procedure? Surgeons who know about this kind of thing point at the photo above as evidence that the famous singer had a plastic surgery to enhance her breasts. Where’s the evidence in the photo, you ask? It’s in the scar in her armpit. Apparently, breast implants can be placed through the armpits; the armpit is usually used for people with darker skin as this area is resistant to keloid formation. 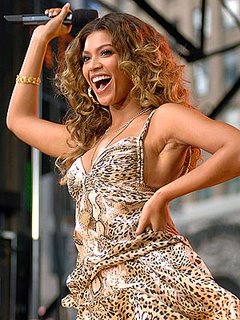 Beyonce Plastic Surgery 2017 Update: Surgeon’s Opinion. We are updating this post on Beyonce plastic surgery speculations to give you a surgeon’s take on the issue.

In an interview with Radar Online, here’s what Dr. Anthony Youn says about the matter: “It appears that she’s had a rhinoplasty, causing her nose to look noticeably thinner and refined. Her upper lip also looks like it may have been moderately enhanced, possibly with a filler like Juvederm. Her smile lines, aka the nasolabial folds, also appear to have been reduced, maybe with an injectable filler like Restylane.”

So there you have it, CelebritySurgeryWatchers. Do note that Dr. Youn is just a medically informed public observer and has not treated Beyonce in any way shape or form.

Beyonce Plastic Surgery Before and After Photos. Do these photos prove Dr. Youn’s observation that Beyonce had her nose enhanced? What do you think? 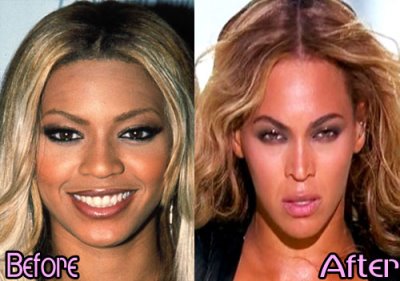 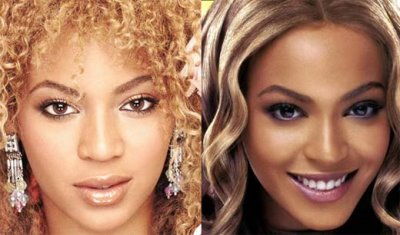 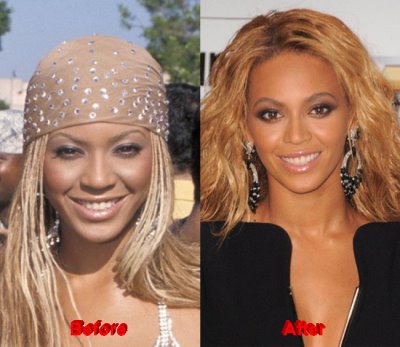 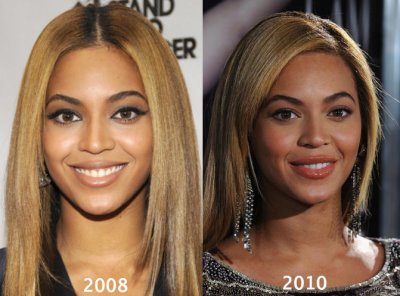 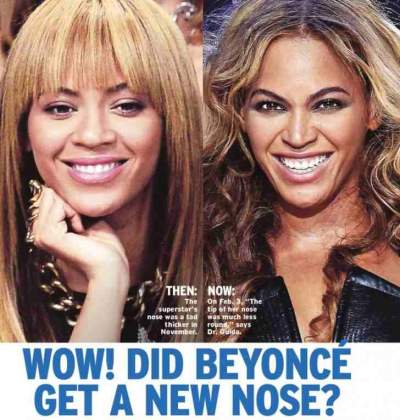 OUR PREVIOUS POSTS ON BEYONCE (Sorry, photos mentioned in the post were deleted):

Guess who’s going to be the cover girl of Vogue Magazine in its April 2009 issue? Heh! What kind of question is that? It’s the supercalifragilisticexpialidocious singer that is Beyonce.

We like Beyonce but she should kick the ass of whoever styled her for the cover shoot. It’s like they just draped some blue curtain on her like a Greek statue or something. But the credit goes to Beyonce for shining through her drapery slash dress.

Muhammad Ali, Beyonce, and Jesse Jackson at the NBA
16 February 2009

Wow. What a very touching photo of our Idol of All Time, Muhammad Ali with Jesse Jackson. Muhammad is really an American treasure, isn’t he? Beyonce may be a superstar in her own field but she’s looking very much a fan in this picture.