Best Netflix Shows for Teens and High Schoolers. Are you looking for a show to watch on Netflix targeted for teens and young adults and is about teen and high school life? Well, we’ve done nothing but binge this past summer so we decided to rate the shows we watched. Of course, this list is very subjective and, because we haven’t watched all Netflix shows (no one could possibly do that), it is limited to the shows that we did actually laid our eyes on till the very end.

We are limiting the list to Netflix Originals that are commissioned and produced by Netflix, those that are co-produced by the streamer with another entity, and those which Netflix has the exclusive worldwide rights to. In other words, we are not including shows like Riverdale which were originally aired somewhere else and which Netflix is merely distributing.

Anyhoo, here’s our list of the best Netflix shows for and about teenagers rated according to our subjective metrics (i.e., did we enjoy it, does it not defy common sense, etc). We will be updating this post as we watch more of this kind of shows in the future.

Stranger Things (10/10). There’s nothing to dislike about this science fiction slash horror slash coming-of-age show about teens from Hawkins, Indiana confronting supernatural stuff in the eighties. It’s got drama, it’s got humor, it keeps us at the edge of our seats, and we keep yearning for more when the last episode ends. 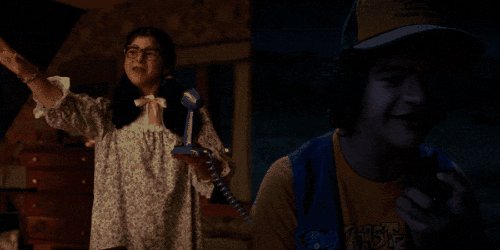 End of the F***ing World (9/10). Based on a graphic novel by Charles Forsman, this show about a 17-year old high school student who kills animals for a hobby and his rebellious classmate looking for a thrill is hard to put down once you click that play button.

Sex Education (9/10). Want to know how a mother’s profession as a sex therapist can impact her son’s life as a teenager and as a high school student? Well, go watch this British show and you ain’t gonna be disappointed. 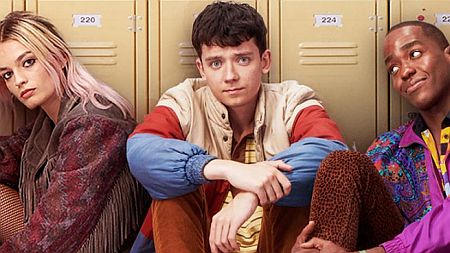 On My Block (8/10). This is a charming and quirky little show about growing up in a neighborhood where gangs rule. The teen stars (and Diego Tinoco’s upraised eyebrows) carry the show but the older actors are memorable too.

American Vandal (8/10). The score is only for the first season because we haven’t gotten around to watching the second installment. This is a show which wowed us because it was such a fun watch. Our friend Deena tells us the second season is also great and critics seem to agree with her because it has a 98% fresh rating on Rotten Tomatoes. Sadly, the series was cancelled by Netflix and we may be part of the problem because we still have to watch the second season.

The Politician (6/10). If you want to ogle at David Corenswet as well as Trey and Trevor Eason then go watch this show. It kinda did not live up to its promise but we are keeping our fingers crossed that it will get better in season 2.

Insatiable (2/10). We did not initially watch this show because of the bad reviews but decided to give it a fair shake thinking that maybe the critics are wrong. It turns out that they are actually right, this is the most annoying show we’ve ever watched on Netflix. Debbie Ryan clearly has the acting chops and can do great things in the future but her character’s constant whining in this show got to our nerves such that we began to fast forward every scene she’s in.

We thought season 2 would redeem her character and the show but it’s the same old, same old whining and using her eating disorder as an excuse for every bad decision she makes. The only good thing about this show — which is why we are giving it a 2/10 rather than a zero — is the delicious zaddiness of Bob Barnard (played by Christopher Gorham).

…..
Rating of Teen and Young Adult Movies We Watched:

To All the Boys I Loved Before (8/10). This movie about teen love warmed our heart and reportedly boosted the value of Yakult (referred to by Peter Centineo as a Korean yogurt smoothie) at the Japanese stock market.

Fullmetal Alchemist – Movie Adaptation (7/10). Critics and fans of the Japanese anime do not like this movie adaptation at all but we liked it alright. This actually introduced us to the anime and intrigued us enough to go look for binge the whole series.

Alex Strangelove (6/10). Not a bad movie but not memorable either.

The Perfect Date (6/10). Noah Centineo is charming as usual but this is the kind of movie we watch and don’t remember six months later whether we watched them. In other words, it’s kinda forgettable.

…..
Shows we are currently watching and will rate soon: The Society

Shows which we still have to watch: Elite, 13 Reasons Why, Atypical

…..
Non-Netflix original that you should watch – Full Metal Alchemist: Brotherhood (10/10). Okay, this list is supposed to be only for Netflix Originals but we are highly recommending this show for those of you looking for non-Hollywood entertainment. The series is long (51 episodes total) but it gripped us from beginning to end. It is that good and it made us understand why fanboys kinda sneer at the movie adaptation.