A List of the Best Japanese Jeans. Did you know that some of the best jeans in the world come from Japan? We gotta give our Japanese friends a lot of credit. They may not be the best originator of products but when they adapt something they come up with really really good ones that often rival (if not trump) the original.

This is true not only for cars, cameras, and makeup brands but for the everyday clothes you wear like your basic jeans.

Anyhoo, for those of you planning to buy a pair of Japanese jeans, here are some denim brands from the Land of the Rising Sun. 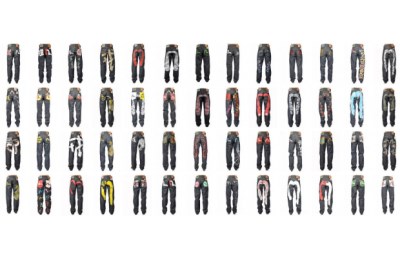 45rpm: Says GQ’s Fashion Editor Justin Doss of this top Japanese denim brand: “45rpm Denim always excites me in the way it feels authentic, but also directional based upon the stores offerings. You can always be assured the product is small batch and produced with quality materials.” Says us: What does he mean by “directional”?

Big John: Here’s a bit of history about Big John: “Like many other small shops seen everywhere in Kojima–a place that boasts the highest production of student uniforms and work clothes in the country–Big John also started as a small sewing factory in Kojima in 1940. Written on the signboard at the factory were the words ‘Maruo Clothing’. Kotaro Ozaki founded Maruo Clothing at the start of the rapid economic growth period following the post-war chaos after a chance meeting that decided his own fate thereafter. That was his encounter with jeans which marked the start of the history of Big John.” 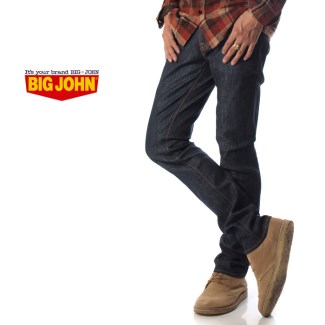 Blue Blue Japan: Our next best Japanese jeans brand opened in Kobe prefecture in 1990 and has opened stores in Hakata, Kokura, and Yokohama. Known for its “love for the indigo color and denim craftsmanship, the Blue Blue collection is a range of beautifully made and dyed clothing in natural fibers, unique fabrics and artisan wash processes”. Wanna look cool in a pair of jeans made by Blue Blue Japan? Well, check this out: 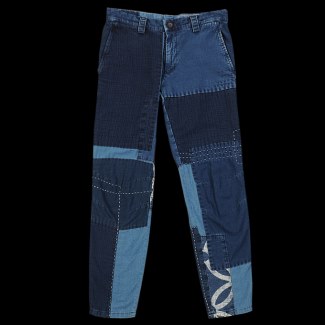 Evisu: You can read more about the famous Evisu Jeans from a post we wrote years ago.

Iron Heart. Are you a biker or motorcyle enthusiast who want your clothes tough but still beautifully made? Then Iron Heart jeans is for you. Giles Padmore (who introduced Iron Heart in the UK) talked about the origins of the brand in an interview with denimsandjeans.com: “Iron Heart was set up 9 years ago by Shinichi Haraki. Haraki-san is a dedicated Harley Davidson fan and lover of vintage clothing. His concept behind Iron Heart was to make clothing that worked perfectly for bikers and took absolutely no notice of fashion. He wanted his clothing to be beautifully made out of the highest quality fabrics, to be absolutely pure in function and last well, but age beautifully. An interesting and not anticipated side effect is that his clothing is loved by non-bikers too, I would estimate that only 5-10% of the garments we sell outside of Japan are sold to bikers.”

Momotaro Jeans. At almost US$ 2,000, Momotaro is probably the most expensive Japanese jeans according to this video.

Samurai Jeans: James Harris of complex.com names Samurai jeans as one of the “best Japanese brands of all time”. Here’s what he says about this brand: “Samurai Jeans were one of the premiere raw denim brands in the 1990s and 2000s. After 15 years in the game, the obsession with Japanese denim may have subsided just slightly, but Samurai Jeans are still churning out great product. The brand distinguished itself from like-minded competitors by experimenting with dyes and fabrics. For one pair, persimmon juice was used as dye, and the brand created a pair of jeans so strong that it could stand on its own legs. Also, having a leather patch that depicts the epic battle of 1612 between Miyamoto Musashi and Sasaki Kojiro is definitely gonna move a few pairs.”

Studio D’Artisan: Like the Samurai brand mentioned above, Studio D’ Artisan is also included in James Harris’ list of the “best Japanese brands of all time”. 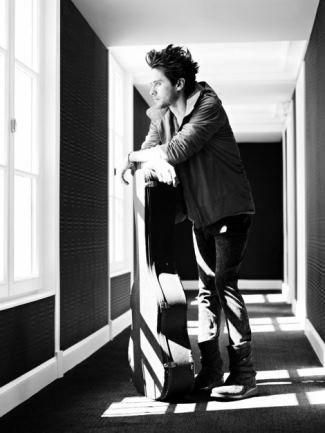 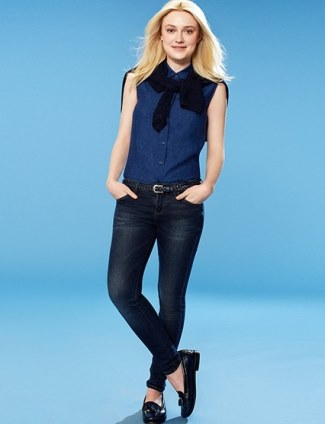 That’s it for now, we hope this gives you some ideas on the pair of jeans you would buy to add to your closet. Maybe you have your own picks on the best Japanese jeans out there? If so, do share your picks in the comments.