Bespoke Suit London Danny Care Edition. When we first wrote the post below, we wondered where rugby star Danny Care gets his sharp-looking suit? Well, here are photos of our guy getting measured for a suit by Saville Row tailor, Stowers of London. 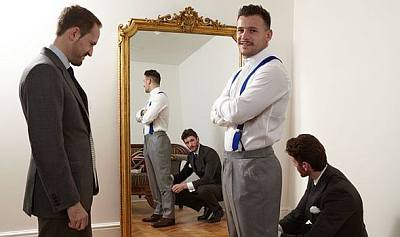 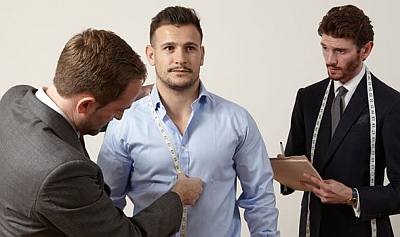 We are not sure whether the bespoke suit seen on Danny in our initial post is made by Stowers but we won’t be surprised if it is because they also made his dapper wedding suit. 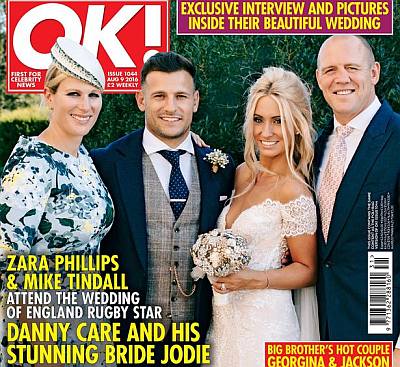 …..
Celebrity Bespoke Suits For Men: Danny Care (28 January 2011). Harlequins rugby player Danny Care, who bared himself for the Cosmo Everyman Anti-Cancer Campaign, has gone all-formal in his fabulous bespoke suit. He’s pretty hot whether he’s not wearing anything or whether he’s all-suited up, no?

Where did you get your suit made, Danny? It really looks good on ya!

Daniel Craig Bespoke Suits. Speaking of bespoke suits, did you know that our favorite James Bond actor Daniel Craig is passionate about his Tom Ford bespoke suits and would rather not be photographed wearing any other suit. 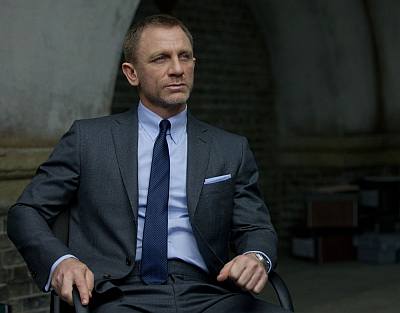 Here’s what GQ Magazine writer Adam Rapoport said about a photoshoot they did with Daniel where the latter insisted on wearing his bespoke suits (made by Tom Ford) instead of the clothes prepared by the magazine: “Unlike some guys we shoot, Craig is passionate-and rather knowledgeable-about clothes, particularly suits. He pretty much only wears bespoke these days, especially after suiting up in all those custom-made Brioni numbers in Casino Royale.”

Rapaport continues, “Recently he’s been big into Tom Ford’s line. He arrived at the shoot with a just-finished, never-worn Tom Ford custom suit, one that would probably run the average guy, what, $7,500? Anyway, our fashion department, meanwhile, showed up with an entire rack of beautiful suits for him to try on. Which he did, but ultimately, he felt none of them fit as nicely as his TF. And so he said, ‘Thank you very much, but I’ll stick with my suit.’ That isn’t what fashion editors expect to hear. But Craig is a strong-willed guy who gets very involved in his projects and sticks to his guns. So he wore his suit, and that’s what we shot him in.”

Good for you, Daniel boy! A man should wear what he wants to wear, no? Too bad we don’t have those photos of Daniel and his Tom Ford bespoke suits. We will update this post once we find them. [Want some celebrity Tom Ford Men’s Suits?]

James Franco is Made To Measure Spokesmodel Bespoke Service. Anyhoo, bespoke suits are reportedly becoming popular in the United States so much so that Gucci is offering a Made to Measure bespoke service to men who want their suits custom-made for them. 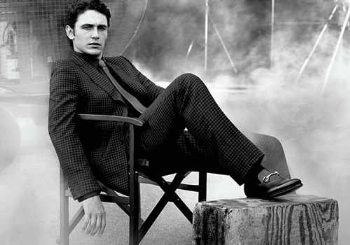 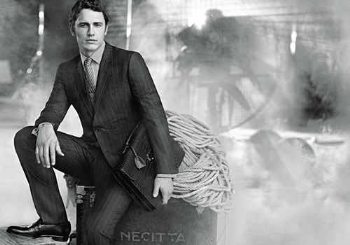 Our secret boyfriend James Franco (see James Franco’s Underwear), described by Gucci creative director Frida Giannini as a guy with an “innate ability to fuse classic elegance with contemporary style”, is the face or celebrity spokesperson of the Italian label’s Made to Measure ad campaign.