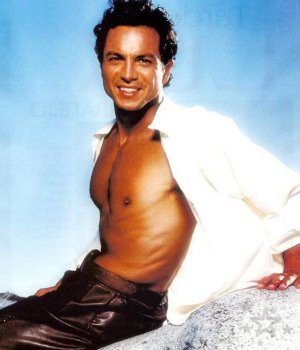 Now, we bring you Benjamin in his boxers underwear. Or that’s boxer briefs, right? Unfortunately, we can’t find a picture with better quality than this one. But trust us, this is Benjamin. Can’t you recognize his curly hair?

We have no doubt that our Benjamin, when he was younger, can easily win a Hollywood wet T-shirt contest. Look out Taylor Lautner, Ryan Seacrest, and Justin Timberlake [see Male Celebrity Wet Shirt]. 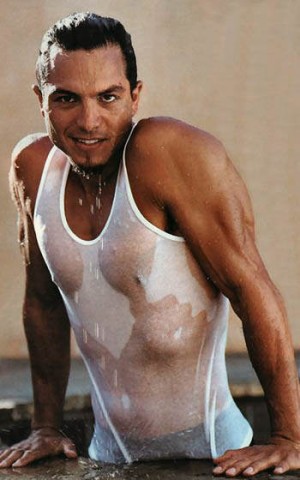 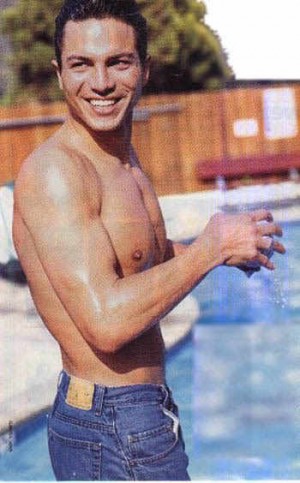 Of course, Benjamin isn’t only about cute shirtlessness and that kind of stuff. He can be pretty badass too as you can see in the next picture below. 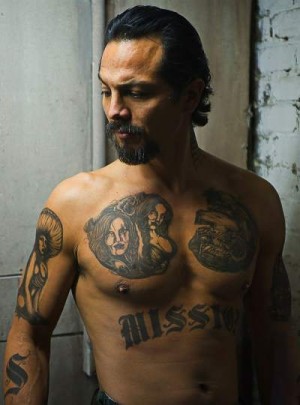 The pic is from his last movie, La Mission, which was released in 2009 and which was directed by Benjamin’s brother, Peter Bratt. It won several awards from non-mainstream award giving bodies and, according to wikipedia, the film “was referred to as ‘an honest attempt to portray the destructiveness of violence in the Latino community’ and was credited by Latino media as being both authentic and genuine to various aspects of American Hispanic cultures”.

By the way, Benjamin is part Quechua as his mom comes from the Quechua ethnic group in Peru. His mom involved him in activism for indigenous peoples when he was young and he continues to support Native American causes such as the American Indian College Fund which provides scholarship support for Native American students.