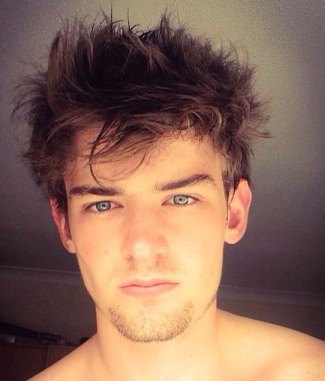 Ben Selley Shirtless Photo. Famewatchers, meet Ben Selley! Ben Selley who? He’s the handsome shirtless guy above, silly. He’s a member of the British boyband Concept which auditioned on a recent episode of X-Factor UK. You will see more of him in the coming days because Concept passed their audition and moved on to the next round. 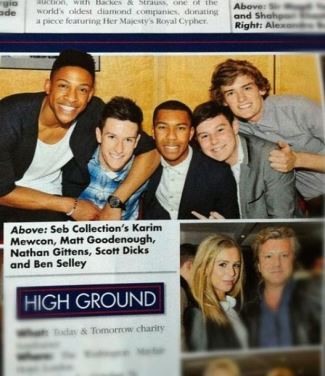 Other members of the band include Karim Mewcon, Matt Goodenough, Nathan Gittens, and Scott Dicks. Apparently, the called themselves Seb Collection before they became “Concept”. 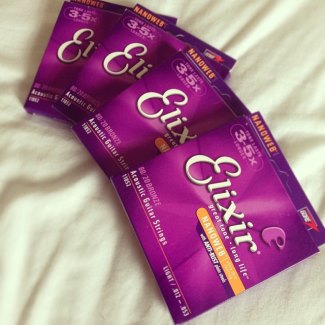 Oh, wait. Those are actually not condoms but are acoustic guitar strings. My bad!

Anyhoo, some of you might be interested to know that Ben Selley is related to One Direction’s Harry Styles. The Daily Mail tells us more:

Harry Styles and his band One Direction catapulted to worldwide fame back in 2010 thanks to their appearance on X Factor.

And it now looks as if the 1D heartthrob’s cousin Ben Selley is tipped for success after wowing the judges in his audition on Sunday night’s show.

The 20-year-old singer along with his Concept bandmates Karim Newton, Matt Goodenough, Nathan Gittens and Scott Dicks impressed the panel with their rendition of Labrinth’s Earthquake.

Does this mean that the next group who will dethrone One Direction in the minds of teen/tween fans will not be the Aussie boyband, 5 Seconds of Summer, but will instead come from the British Isles once again? We’re pretty sure Simon Cowell will be very pleased if he neutralizes the 5SOS challenge to his world domination.

Should the boys of 5 Seconds of Summer (5SOS) lose in their forthcoming two-front battle vs. One Direction and Concept, they can always console themselves with the fact that the heaven have blessed them with more inches — 3-4 inches on average — than their One Direction rivals.

We’re talking about their height, okay! Get your minds out of the gutter! See 5SOS Height vs. One Direction.

Does Ben Selley Have a Girlfriend? Or is He Gay? Hah. We don’t know what Ben’s dating status is like at the moment. We also don’t know anything about his sexual orientation. But check back later because we plan to update this post once we get the relevant information you are looking for.