Ben Affleck Young, Shirtless, Chin Dimple, Modeling Photos. This update is for those of you looking for smoking hot photos of Ben Affleck when he was younger. We gotta give props to the guy for his long and established career in Hollywood.

We thought only GenX-ers like yours truly and Deena are fans of him but, apparently, he’s got some fans among the younger generations too like our fellow Famewatcher Kevin (who’s a millenial) and our niece Sheila (who’s a GenZ-er).

So what’s Ben Affleck’s secret for remaining relevant? We’re tempted to say it’s his chin dimple but, really, we think its the fact that he manages to combine making serious film (The Town, Gone Baby Gone, and Argo) and starring in big blockbustery movies as Batman.

Sure he’s made some clunkers too but you can overcome theme if you are Ben Affleck. Anyhoo, here are the smoking hot photos of a young Ben Affleck that some of you are looking for. Hello, chin dimple! 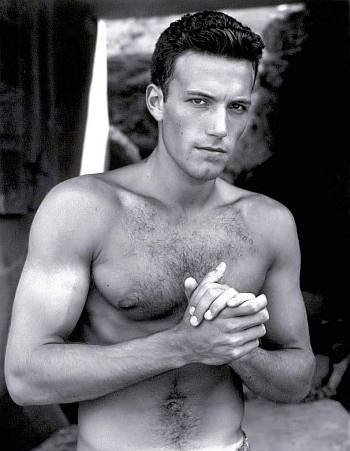 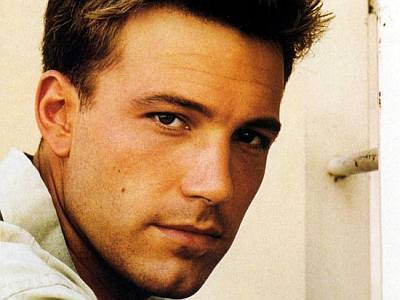 Here’s for those of you who like your men with unshaved chest hair. 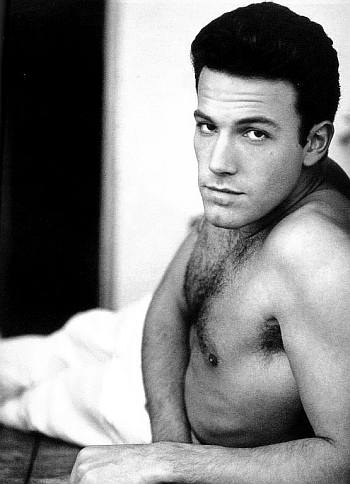 Now, this is literally a smoking hot photo of the actor. 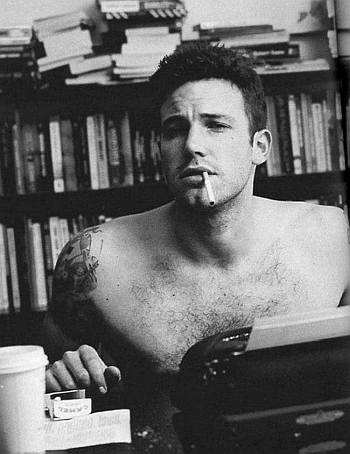 Ben as a magazine pin-up boy. 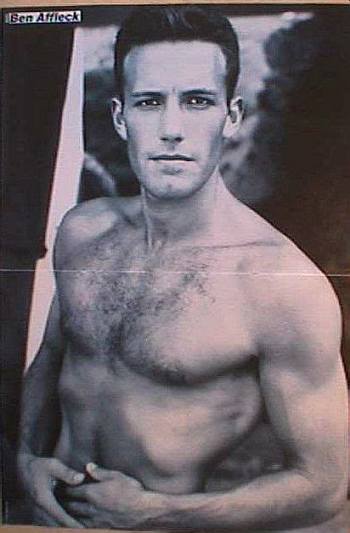 He sure looks good in fit shirt and jeans. 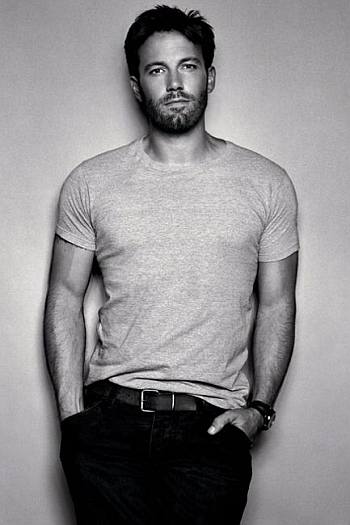 …..
Ben Affleck in Blue Pullover (09 January 2010). Ben Affleck is starting to look like that Iranian President Ahmadimajad (or something) but you gotta admit that he kinda rocks the bearded look. Unlike, say, Brad Pitt who doesn’t look good with his facial hair. 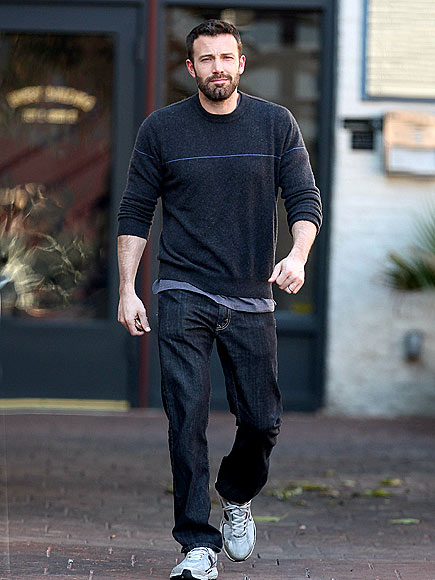 Oh, and Ben’s looking good in his blue sweaters too. Want more of your favorite celebs in men’s sweaters? Or would you rather ogle at these men in tuxedo suits? Or maybe you are more interested in Ben Affleck’s Underwear? 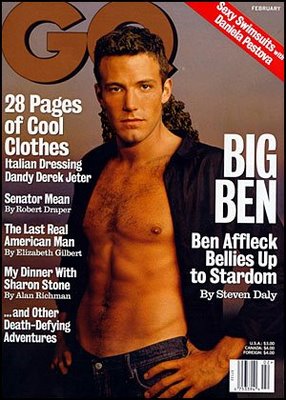 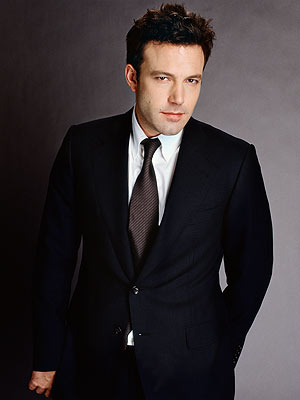 We don’t know why our Ben is baring his washboard abs like that but we are not complaining. Okay, Ben, what about dropping them trousers altogether? 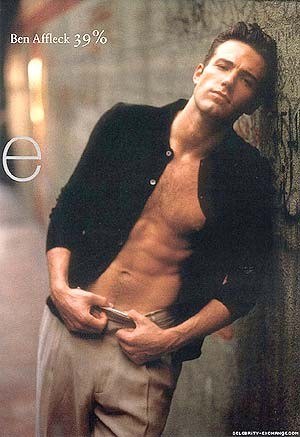