Beach Hunks and Bods: Celebrity Swim Shorts Edition. Nine years later we, once again, are updating this post to bring you more celebrity beach hunks rocking their swim shorts as they frolic at the beach. Let us start with singer turned Calvin Klein model Shawn Mendes who looks like he’s ready to give Kellan Lutz below a run for his abs money. 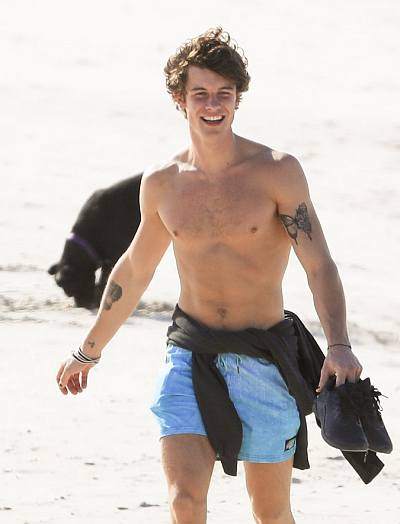 Speaking of abs, check out actor Chris Hemsworth and his sculpted V. He sure is the hottest Hemsworth brother, isn’t he? 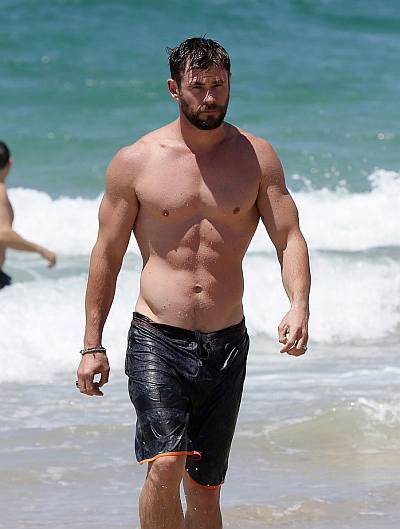 Chad Michael Murray, rising from the blue sea. He should have worn a squarecut Speedo swimsuit a-la Daniel Craig on James Bond. 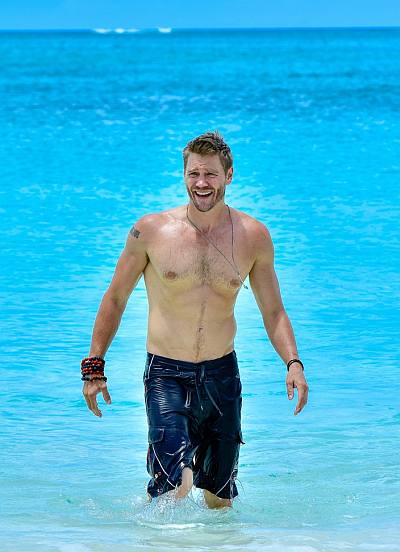 Of course, a group of hot beach hunks and bods would not be complete without Dennis Quaid proving that older guys can rock it at the beach too. We can say that he’s really fit because our boyfriend needs us to help carry his surfboard. But then again, maybe our beau is just lazy. Hehe. 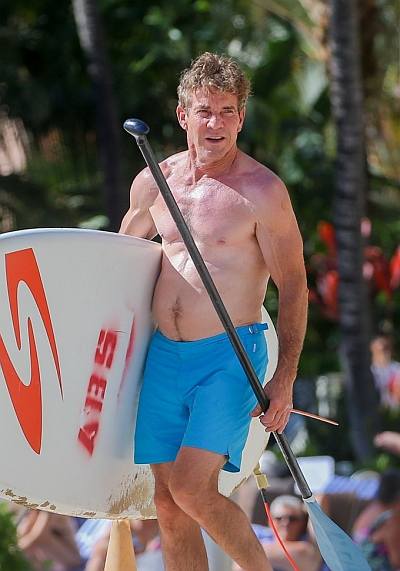 *****
Kellan Lutz, Twilight Star is Our Beach Hunk of the Day (19 May 2010). Is Twilight star Kellan Lutz the Matthew McConaughey of his generation? Seen here in his beach shorts, our Kellan is fast becoming the King of Shirtlessness, isn’t he? That title, as you very well know, used to belong to Matthew who now appears to be content in his role as a celebrity daddy. 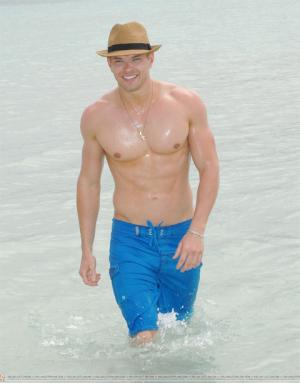 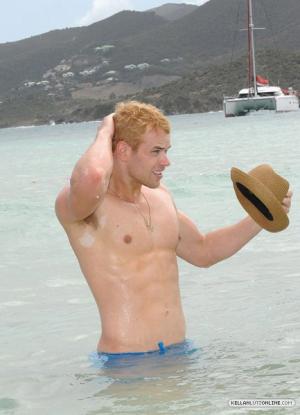 Beach Hunks of the Day: Jake Gyllenhaal (19 September 2009). Jake Gyllenhaal, star of the soon-to-be released movie Prince of Persia, is looking good in his beach shorts, eh? Hello there matey, are you looking for me? 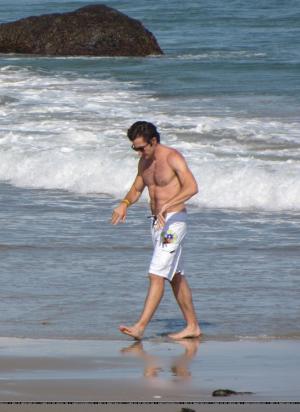 Men in Beach Shorts: John Mayer, Celebrity Singer (18 July 2008). We don’t get this guy, honestly, we don’t. Why is he almost as popular as the Jonas Brothers according to Google Trends? We also don’t get his girl friend, Jennifer Aniston. Why is she also popular? 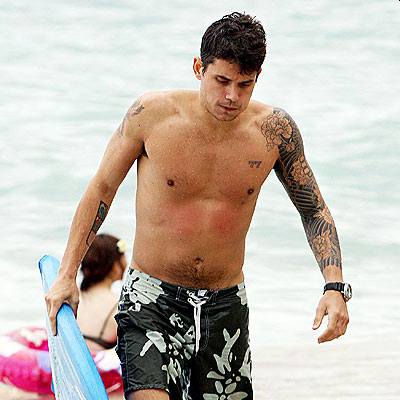 Update: After kinda reading more about him and famewatching his career, we must admit that we’ve grown to like John Mayer. We still don’t like her ex, aka the Aniston girl, though.