Baywatch Girls Now(05 February 2009). My, my, Pamela Anderson here’s an unsolicited advice from your Famewatcher fans who love you very much: We think it’s time to leave them bikinis in the closet. Yeah, we know, you look great for your age but them bikinis are not flattering at all. And, as the good book says, there is a time for every season …… sing, sing, sing. 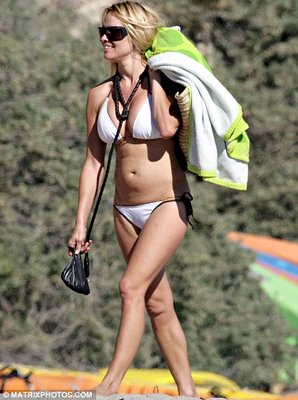 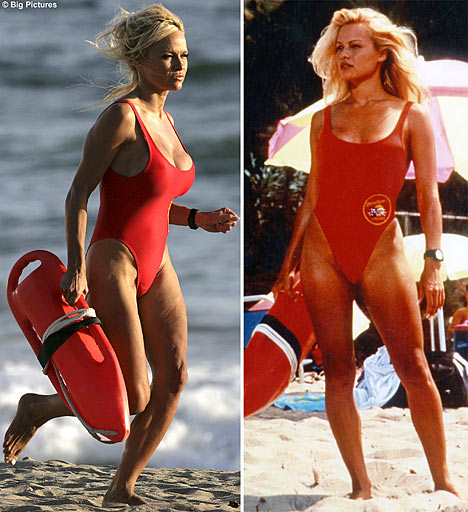 Erika Eleniak: Some of you are asking about what your favorite Baywatch babes are doing now so we decided to do an update on this post to see what your Baywatch favorites are up to these days. Let’s begin with California beauty Erika Eleniak who is now 41 years old. 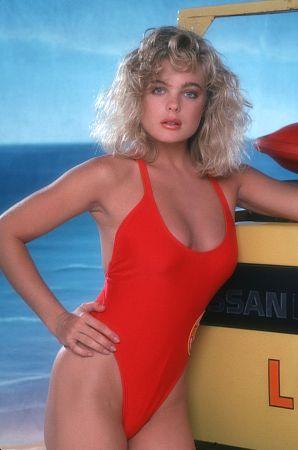 Erika is now living in Calgary with Roch Daigle. They have a daughter named Indyanna who was born in January 2006.

Nicole Eggert: Baywatch’s Summer Quinn is now 39 years old and she continues to appear in movies and television shows. You might have seen her during the Comedy Central roast of her Baywatch co-star David Haselhoff. She was also a contestant in the seventh season of the reality show Celebrity Fit Club. 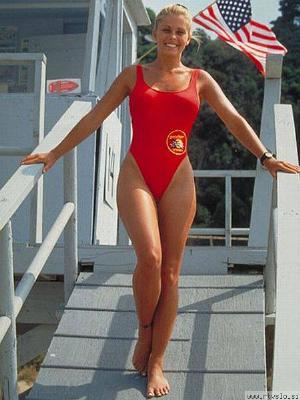 Brooke Burns: Probably the most important thing you should know about Brooke Burns post-Baywatch is the fact that she dated Bruce Willis in 2004. They were actually engaged but, for some reason, they eventually broke up. Career wise, Brooke continues to appear in television shows. She was most recently seen in Drop Dead Diva and the new Melrose Place. She will also star in two upcoming TV movies, Fixing Pete and Borderline Murder, which are scheduled for release in 2011 according to IMDB. 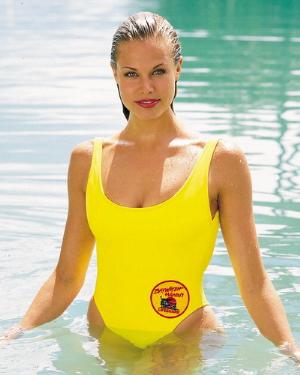 Angelica Bridges: Baywatch’s Lt. Taylor Walsh is now a mother of two kids, Valentina Raine Souray and Scarlett Skye. She was married to Sheldon Souray of the Edmonton Oilers then they separated. But then they reconciled so we are assuming they are still married. Angelica is now the lead singer of a pop group called Strawberry Blonde. 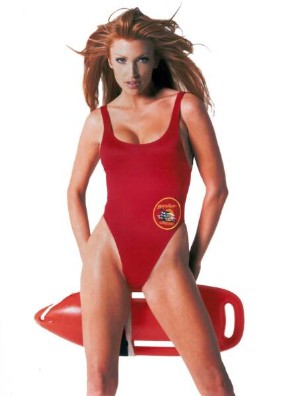 Carmen Electra (real name: Tara Leigh Patrick). Finally, let us check out Carmen Electra. Carmen is arguably the second most famous Baywatch babe after Pamela Anderson, right? Her high profile relationships with basketball star Dennis Rodman and rocker Dave Navarro certainly kept her visible in the public eye. Also, she has remained active since her Baywatch days. In fact, her IMDB page reveals that she has now a total of 73 movies/television acting credits to her name. Her most recent projects are Barry Munday, Mardi Gras, and the reality TV show Perfect Catch. 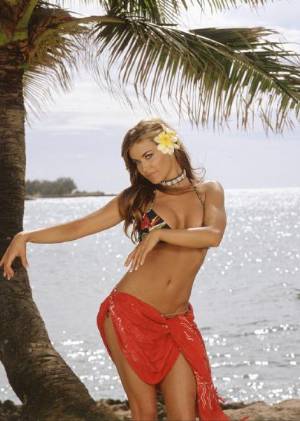 So that’s some of our Baywatch girls now. Check back later if you want more “What Are They Doing Now” updates about your favorite Baywatch babes.