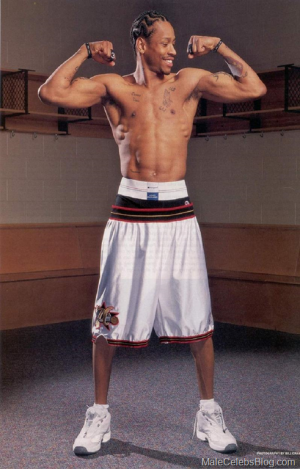 Pro-basketball player Allen Iverson shows off his short pants as well as his bulging biceps. Nice muscles, Allen but we do not think you can beat these guys who, according to our friend Deena, have the world’s best biceps.

However, we gotta say that even though he may not have the world’s best biceps, we think Allen can be a very good contender for the world’s most creative and badass hairstyle. 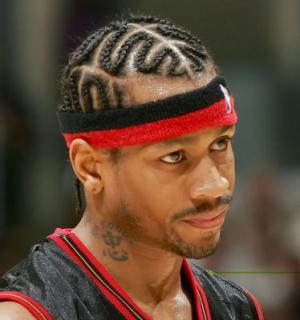 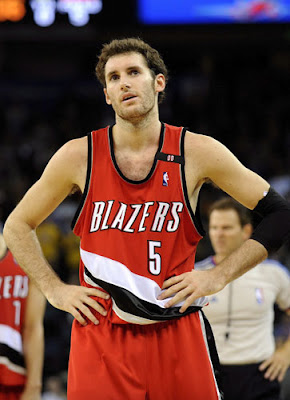 Portland Trailblazer Rudy Fernandez is one of the hottest hunks in sports according to the New York Daily News (or maybe its another publication, cause we’re not sure where we read it). Anyways, we’re pretty sure you’ll agree that that Rudy is a hottie, no? 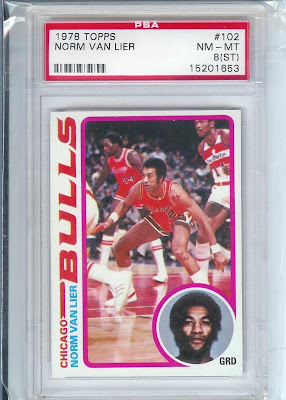 Former basketball star Norm Van Lier dies at 61. Our condolences to his family and friends.

From Chicago Tribune: The Comcast SportsNet staff suspected something was wrong when Norm Van Lier didn’t show up Wednesday night to work the Bulls’ halftime and postgame shows.

“Normally he was there at least an hour and a half before I got there, always sitting in the same place,” said Kendall Gill, one of his co-hosts. “When I came in and he wasn’t there, I thought he was in makeup or had gone to the restroom. I asked around, ‘Where’s Norm?’ Man, I knew something was seriously wrong.”

“I knocked on the door and I could hear the TV, but there was no answer,” Folke said. “So I called 311, and the police and fire department came and eventually broke the door down and found him.”

Van Lier, the fiercely competitive Bulls guard best known for teaming with Jerry Sloan in one of the NBA’s toughest backcourts, was found unresponsive and pronounced dead at the scene. He was 61. The cause of death was not released, pending a report by the Cook County Medical Examiner.

Comcast colleague Mark Schanowski said Van Lier had “different health issues the last few years that sapped him of his energy,” but a change in medication seemed to have perked him up.

“He was turning the corner health-wise, getting his energy back—he said it was the best he’d felt in a long time,” Schanowski said.

News of his death was a shock to friends, colleagues and former teammates, who recalled Van Lier bringing the same work ethic and passion he had as a player to broadcasting.

“Everyone in the building does an impersonation of Norm saying, ‘Forty-eight minutes of intensity,’ ” Schanowski said. “He believed that every moment you were wearing that Chicago Bulls uniform, you had to leave it all on the court . He couldn’t accept some of today’s privileged athletes who felt they could coast. It offended his sensibilities. He was not going to have it.”

Schanowski remembered Van Lier challenging James Posey to a fight after the then- Miami Heat forward delivered a cheap shot to Bulls guard Kirk Hinrich during the ’06 playoffs.

“Norm was offended. He said, ‘Posey, I’ll meet you outside the locker room and kick your ass,’ ” Schanowski said. “Norm always felt he represented the Bulls, and if he saw something that was not right, he was going to call the guy out.”