Baseball Players Turned Actors. After writing about baseball player turned actor Syam Lafi, we wondered whether there are famous actors out there who were good at playing baseball. You know, good enough to make their high school or college varsity teams. Or, even better, to make it to the leagues either the minor ones or the big leagues.

Well, it turns out there are several baseball players turned actors. So we decided to do this list:

George Clooney. When he was 16 years old, he managed to land a tryout with the Cincinatti Reds but did not make it. Is he a good baseball player? Apparently. Here’s what he says about his playing skills (via The Enquirer): “I could catch anything. I was a great outfielder in high school. But I couldn’t throw well. I wanted to play pro baseball. I thought that would be it.”

Bob Uecker signed with his hometown team, the Milwaukee Braves, and made his Major League Baseball debut in 1962. He also played for the St. Louis Cardinals (and was a member of the 1964 World Champion club) as well as the Philadelphia Phillies. Bob has 9 acting credits to his name the most prominent of which is as George Owens on the Mr. Belvedere TV series, a role he played for six seasons.

Kurt Russell and dad Bing Russell. The Russells are famous for being actors but they are also baseball players. Russell says (via todayifoundout.com):

I played ball from when I was a kid. It’s just always been in my family. My dad had minor league teams. My great grandfather was a great ballplayer. I played it as long as I could. And I always thought I could do both. I wasn’t really serious about acting — I was serious about baseball. I don’t know if it was more important to me than acting, but I was a young man… and I had geared up to play pro ball from the time I was 13 or 14. The acting was something that just came along. But I made good money acting, so it wasn’t something that I was just going to put aside and pretend it didn’t exist. 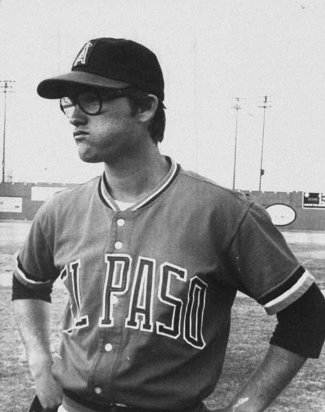 Was Russell a good baseball player? Here’s what minor league teammate Tom Trebelhorn says about Kurt’s skills: “Kurt could hit — that was his strength. He was a switch hitter and had very good bat accuracy — he could put the bat on the ball… The rest of his game suffered from the fact [that] he couldn’t devote enough time to it.” Trebelhorn must know whereof he speaks not only because was he Kurt’s teammate but also because he went on to become the team manager for major league teams such as the Milwaukee Brewers and the Chicago Cubs.

By the way, Matt Franco — who played for the Chicago Cubs, the New York Mets, and the Atlanta Braves — is Bing’s grandson and Kurt’s nephew.

Next in our list of baseball players turned actors is Charlie Sheen played baseball for Santa Monica High School in California. Probably the most famous word to ever come out from our Charlie would be, “Winning!” but there’s something so discerning about what he says in the following quote:

All actors want to be athletes, and all athletes want to make movies. It’s a strange situation when I meet up with a baseball player — one of my heroes — and all he wants to talk about is movies and all I want to talk about is baseball. To this day I cannot accept the fact that baseball players are as interested in what I do as I am in what they do.

So I’m making movies — big deal! They’re playing major league baseball. That’s the ultimate. They’re in ‘The Show’. I know I’m in the entertainment business, but it’s not like facing Rob Dibble or Nolan Ryan, where you have to come through on the spot. If I screw up a line, well, I get as many takes as I need to nail the sucker. If it means 10 takes, fine. But if a hitter goes 1 for 10 it’s another story — he’s only batting .100, and that’s not going to cut it in the bigs. 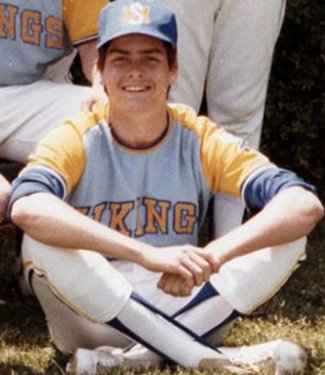 Chuck Connors. Next up in our list of baseball players turned actors is Chuck Connors. He played in the major leagues — the Brooklyn Dodgers and the Chicago Cubs — before he decided to try his luck in acting. There he struck gold because when he died the age of 71, he has 135 acting credits to his name during a long Hollywood career that spanned from 1952 to 1992. 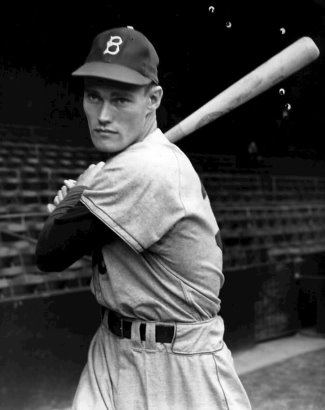 Billy Crystal played baseball in high school and he must have been pretty good at it because it earned him a baseball scholarship to Marshall University in West Virginia. Unfortunately, the university ended their baseball program after his first year so our Billy decided to quit. Seems like we have Marshall U to blame for ending Billy’s baseball career. At the same time, maybe the school also deserves some credit for pushing Billy to become the actor we love and like.

We decided to make this a two-part series so watch out for our next entry on Baseball Players Turned Actors.