Whatever Happened to Barrett Long (2020 Update). We blogged about him about 10 years ago and are wondering what happened to him because he seems to have disappeared from the adult movie biz. Because we got curious on what he is doing these days, we did some internet sleuthing and found out that probably the last public event he attended would be one called Cocktails With The Stars where some fans and celebrities get to drink and talk together. 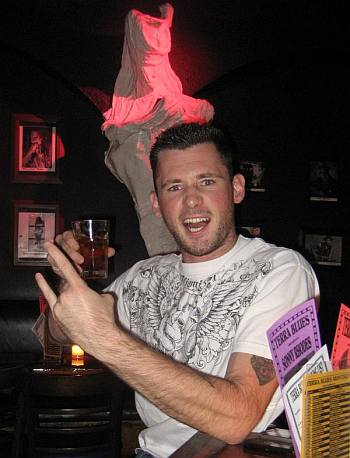 Awww. We miss you Barrett, you pink-cheeked dude! 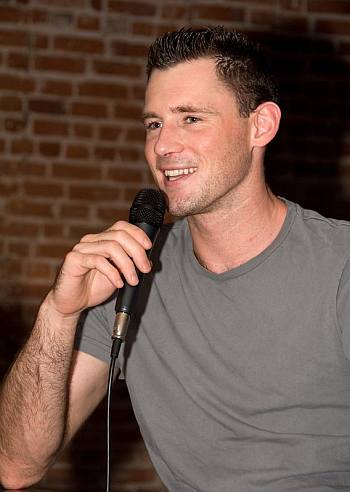 Now, according to a poster on a 2019 threat on datalounge.com, our Barrett is in a relationship, has retired from the industry, and is now an entrepreneur. Quote: “He identifies as straight and has a girlfriend. And is he is one that didn’t piss away all of his money he made and used to get an international business degree and some start some businesses. He labels himself an “Inventor and Entrepreneur” on his facebook page. No mention of his career as Barrett Long, of course.”

So there you go! Now you have a clue on what Barrett is doing these days.

…..
Barrett Long Shirtless and Fashion Style: Model and Actor. If you’re a fan of male model/actor Barrett Long, you would have seen him in various states of undress. You know, kind of like the picture above except without that white peekabo underwear and low rise jeans. Anyhoo, since we here at Famewatcher are all about men’s fashion styles, what we’d like to do is focus on Barrett’s sense of fashion and see whether he’s just as shaggable with his clothes on. 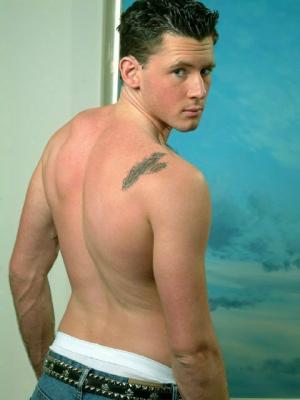 Here’s our actor/male model looking good in his black three piece suit. Sure he still has got them baby-pink cheeks but he rocks his suit, doesn’t he? He can play “a boy in training en route to becoming an Italian mafia don”. 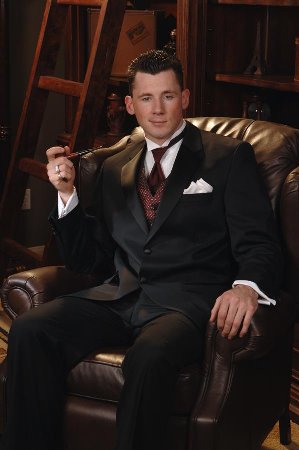 Now, here’s Barrett looking good in his “suit without tie” look. This look is very appropriate for semi-casual events and is, sometimes, the preferred style of Hollywood celebrities like Brad Pitt, George Clooney, and Chace Crawford.

Obvious Trivia Question: What do our Barrett have in common with Brad and George? Obvious answer: They’re all A-Listers in their entertainment field and they’re all into the “suit no tie” fashion style! Follow-up Question: Why is Chace not included in the group? Obvious Answer II: Because he’s not an A-Lister. Sorry Chace, you still have a long way to go.

Anyhoo, let’s go back to Barrett’s choice of menswear. Doesn’t he look very cool in his blue tie and light blue shirt? This is how you should dress if you’re trying to impress upon your boss that you’re not “sartorially challenged.” 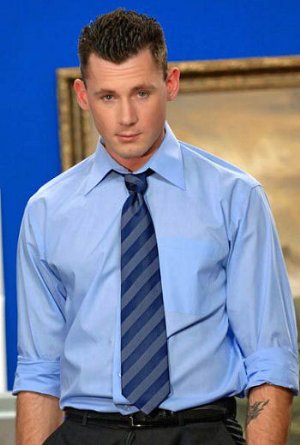 We’re not surprised that Barrett looks good in his black leather jacket. This is our guy at the Gavyn Awards. Barrett is a much-awarded actor, by the way. According to wikipedia, he’s got a Grabbie, a Golden Dickie, an International Escort Award (which is called The Hookies), and two Gavyns. He’s talented, huh? 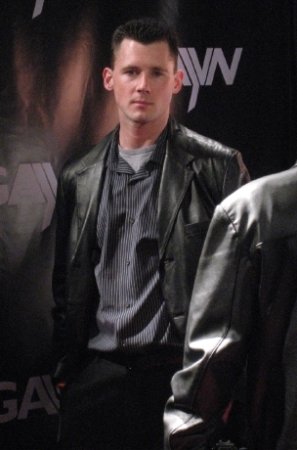 Barrett dressed in a classic white shirt + blue jeans ensemble with some guy named Kurt Wild. Are you jealous of Kurt? Can’t say we blame you! 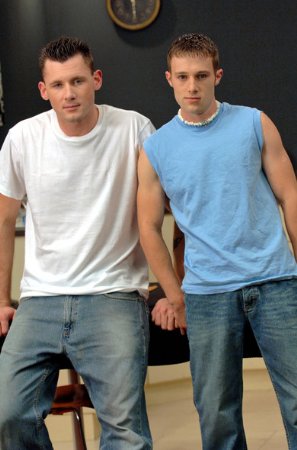 Hope you enjoyed our post on Barrett Long! By going through his photos, we now conclude that he’s still shaggable with his clothes on. In fact, his outfits make him more interesting and more intriguing in the “What’s underneath them clothes?” kind of way.