Bad Effects of Hair Extensions: Baldness or Traction Alopecia? All these while, we though hair extensions have no health impact but apparently that’s not the case?

According to British hair restoration surgeon, Dr Bessam Farjo, you can develop bald spots from over-use of hair extensions.

Apparently, hair professionals have known of this for some time now and they even have a name for the disorder: “traction alopecia”. Sounds serious and scary at the same time, huh? Traction Alopecia. 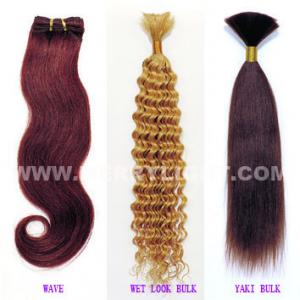 We get more details about this from express.co.uk: “FASHION-conscious women who copy hair extensions sported by stars such as X Factor judge Cheryl Cole and Victoria Beckham risk developing bald spots. Girls as young as 20 are having to undergo surgery after suffering ‘traction alopecia’. This is hair loss caused when extensions exert constant tension over a long period on the scalp and hair follicles.”

According to the report, some unfortunate girls were left with permanent bald spots after they used hair extensions. They may end up needing hair transplants to cover their bald spots caused. More info from Dr Farjo (via Daily Express): “Hair transplant surgery may seem like an extreme solution but it can be the only way to restore hair permanently.”

This should make us think twice before buying them hair extensions, huh?

…..
Carly Steele vs. Kim Vo: Case of the Burned Hair (18 March 2009). A hairdresser to the stars is in big trouble after he reportedly burned the hair of one of his clients. Argh. We totally feel sorry for the client.

TMZ reports: “According to a lawsuit filed today in L.A. County Superior Court, one of Kim’s clients — an actress named Carly Steele — came to his Beverly Hills salon for a coloring in January. Things were going fine until Carly claims the aluminum foil Kim personally applied and set under a hair dryer began burning her, causing her hair and scalp ‘to smoke and burn’.”

TMZ continues: “In the suit, Steele claims, ‘she leapt from the chair’ and people tried to remove the foil — but, they too were unable to remove the scalding and fiery foil and coloring agent which were scorching and sizzling into [Carly’s] hair, scalp and head.”

We hope the injuries didn’t go beyond her hair because you can, at least, re-grow hair.

According to TMZ, this Kim Vo dude is a “self-proclaimed “master-colorist” featured on shows like Extreme Makeover and Shear Genius.” We wonder if we saw him in Shear Genius because we kinda watch that show.