Bad Effects of Hair Dye with PPD. Hair dye may help you achieve the desired hair color and make you look prettier but it, particularly those with PPD, can also make your face swell. You want visual proof on how hair dye can mess you up? Well, just check these before and after photos of a British girl who had the misfortune of using hair dye with PPD.

First, here’s Carla Harris before her hair dye misfortune. As you can see, she’s a normal looking kid with really nice tresses that’s the envy of our friend Deena. 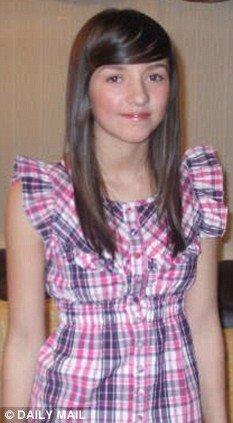 Now, check out Carla with a bloated face, the bad effects of hair dye with PPD is clearly evident. Damn, looks like someone punched her in the face not just once but several times. 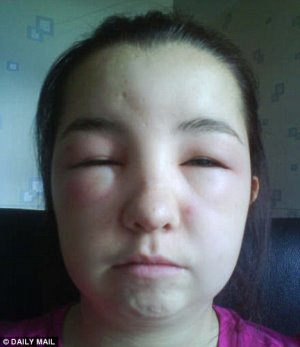 Carla talks about her experience [via the Daily Mail]: “When I put the dye on my head it felt really itchy. The next morning I started taking antihistamines but then the side of my head started to swell. I started looking up stuff on the internet about it and there have been cases where people have died because the swelling can spread to your tongue and throat.It’s not right that they are allowed to put PPD in these dyes if it can do this to you. I’m never going to dye my hair again.”

Carla and her mother are now campaigning to have PPD banned from hair dyes. It is already banned in Germany, France and Sweden.

RELATED STORY ON BAD EFFECTS OF HAIR DYE WITH PPD:

PPD in Henna Tattoos is not Safe According to Health Canada. In related news, Health Canada warned consumers planning to have temporary tattoos to steer clear of black henna colored with PPD (paraphenylenediamine).

The agency warns that the application of PPD directly to the skin can cause serious allergic reactions and poses a health risk.