Celebrities who’d like their faces to remain wrinkle free will soon have a choice between Botox and Azzalure, a new “facial cosmetic aid” which was recently launched in the UK. The UK Department of health green-lighted Azzalure early this year. 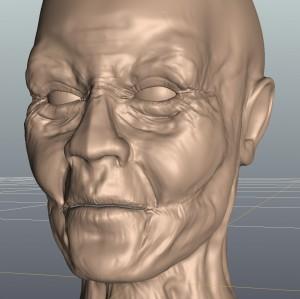 The two drugs actually contain the same botulinum toxin (the substance which prevents facial wrinkles) but Azzalure is reportedly much cheaper than Botox. How much cheaper? Well, according to the Daily Mail, Azzalure “costs clinics just £1 per unit, whereas Botox costs between £4 and £6”. So that’s really a big difference, no?

So should those on the quest for a wrinkle-free face ditch Botox and switch to the cheaper Azzalure? Well, maybe not. For according to Rajiv Grover, secretary of the British Association of Aesthetic Plastic Surgeons, you should know that “Botox has a bigger molecular structure which does not diffuse in the tissue as far as Azzalure.”

What does that mean exactly? Let’s have him explain what he means: “This means that the accuracy of an injection around the eye, for example, is far greater as it is less likely for the toxin to travel away from the site of injection, causing a droopy eyelid or eyebrow.”

Anyhoo, Grover adds that “that whichever product you have, make sure that the practitioner is experienced, preferably a member of the British Association of Cosmetic Doctors, and steer clear of having the treatments at beauty salons and health clubs.”

Good advice, if you ask us. Your face is too important for beauty salon employees to be messing with.