Is Austin Mahone gay or straight? Well, if you saw the above photo of him kissing Justin Bieber, you would be forgiven if you think he is the former rather than the latter. But you’d be mistaken. For in this day and age, a photo can be easily manipulated and faked. 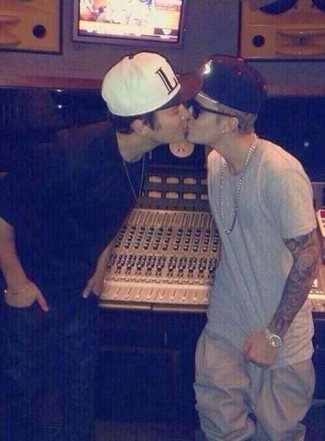 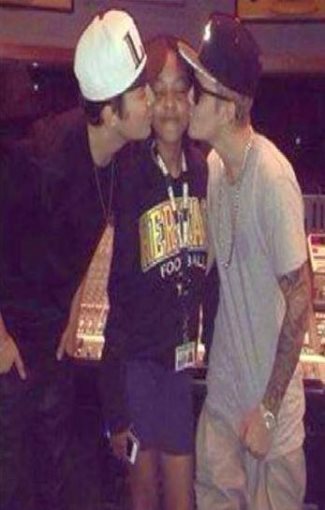 The Gossip Cop tells us more about the Austin kisses Justin controversy and clarifies what happened:

A hoax news site is spreading the fake rumor that Justin Bieber supposedly announced he’s “bi” on Twitter and purportedly shared a picture in which he’s seen kissing Austin Mahone before deleting it.

The outlet posted a photoshopped screenshot of the alleged tweet, which shows the two pop stars kissing in a studio, along with Bieber’s caption, “Meet my new boyfriend. I’m Bi, so what? f*ck what anyone thinks”.

It then quotes Bieber as telling reporters, “I don’t care what anyone thinks, after what happened with Selena and me, I decided to try guys too, and Austin is so fine.”

The whole thing is 100 percent phony.

So there, we hope that clarifies the matter. At any rate, when asked to vote whether Austin is gay or straight, the denizens of gay-or-straight.com decided that he is as straight as they come. Here’s the young singer’s Austin’s gaydar rating according to said site:

Okay, now that we determined that Austin is quite straight, does he have a girlfriend or is he in any kind of relationship with a significant other? According to whosdatedwho.com, he’s been rumored to have dated the following girls in 2013: Becky G, Stefanie Scott, Camila Cabello. The rumor these days is that he is dating singer/actress Kira Kosarin. But these are just rumors and who knows whether they are true or not.

What is true and verifiable is that Austin likes to go shirtless and that he’s into low hang fashion such that his underwear peeks up his pants. Which is why we know that he likes them Under Armour underwear. 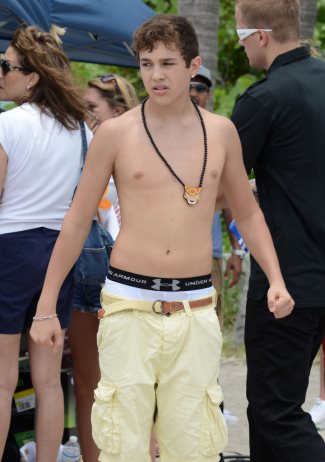 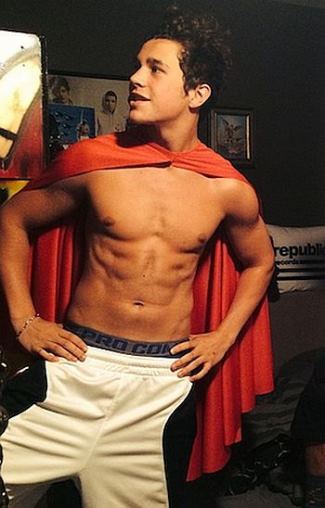 Although he’s only 18, Austin is a workout buff. So you should not wonder why he’s got those sixpack abs. Check out out lifting weights? 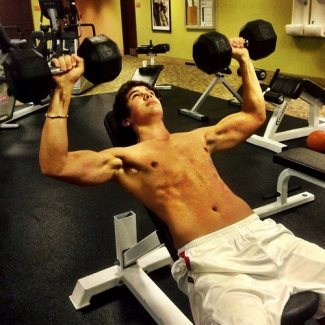 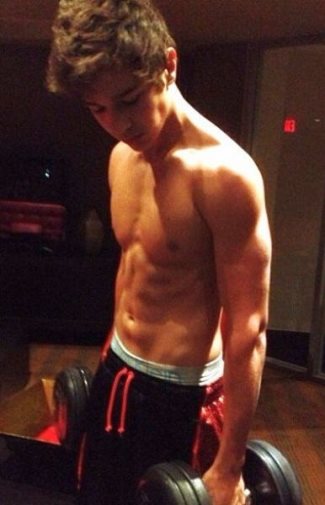 That’s it for now fellow Famewatchers.