Austin Crute Boyfriend: Wesley Fists on Daybreak. Famewatchers, meet Austin Crute and his badass sword-fighting skills. The Atlanta-born actor is starring as Wesley Fists, one of the lead characters, on the upcoming Netflix zombie comedy Daybreak. We’re keeping our fingers crossed that this will be a fantastic show and that it will appeal to people like our Grandma Akita, who is not really into zombies, because we want her to watch it with us.

According to Deadline, Austin’s Wesley Fists role is “a football star with budding movie star looks and a penchant for swords, he was part of a system that ostracized and terrorized the students beneath him on the social totem pole (like Josh). But when Josh and Wesley meet once again in the apocalypse, Wesley is trying to follow the path of Eastern enlightenment and non-violence.”

Daybreak is Austin’s biggest acting gig to date. However, he also starred as the fabulous and overly dramatic gay theater star Alan in the critically acclaimed Olivia Wilde movie Booksmart.

Incidentally, in an interview with the Windy City Times, Austin revealed that Wesley Fists is also a queer person of color although he is quite different from Alan in Booksmart. Props to the people behind Daybreak for creating a gay black football star turned sword-fighter on TV. More from Windy City Times:

Crute’s next character is also gay, though very different from Alan. In Daybreak, a Netflix original series out later this year, he plays Wesley Fists, a football player turned postapocalyptic samurai.

Crute explained, “Alan is more the femme, eccentric, over-the-top, reclaiming his time queer person, and [Wesley] is more the laid-back, chill, less into gay culture but still knows who he is type.”

Austin Crute Boyfriend? Will Wesley have a boyfriend on Daybreak? We don’t know yet but we sure hope he does. We’ll update this post after we watched the show which starts airing about two weeks from now. Does Austin have a boyfriend IRL? Seems like our 23-year-old actor is single at the moment.

Austin Crute Shirtless Photo. Now, this one’s for our friends Deena and Kevin as well as for the thirsty among you looking for some Austin shirtlessness. You know who you are. We grabbed this from the actor’s Instagram account which you might want to follow @austincrute. 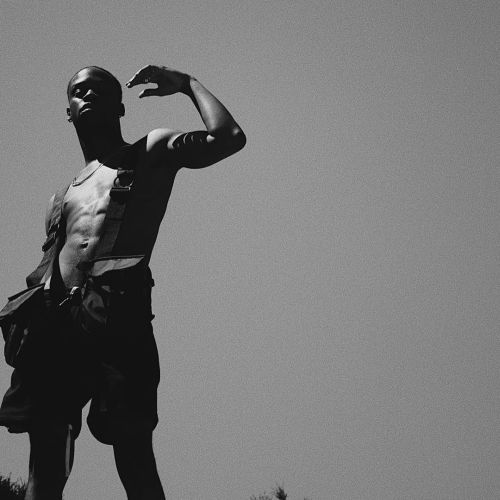 Let’s end this post with Wesley showing us his sword-fighting skills, shall we?