Check out these Australian football athletes, members of the Western Bulldogs team, in their hunky Speedos. So who’s your favorite footballer in Speedo? Unfortunately, we do not have the names of these Aussie footballers but, if some of you want to ID these guys, please do so in the comments section. 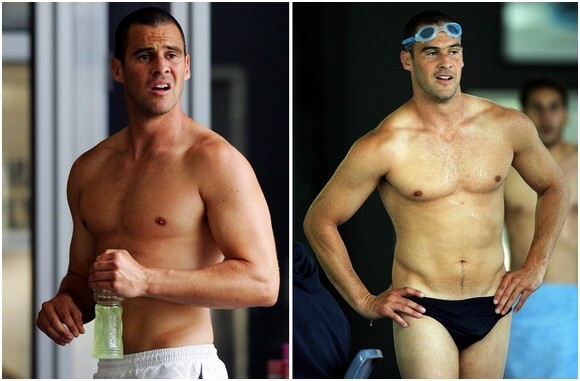 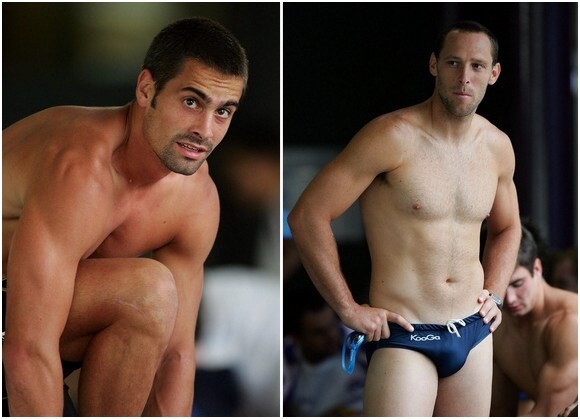 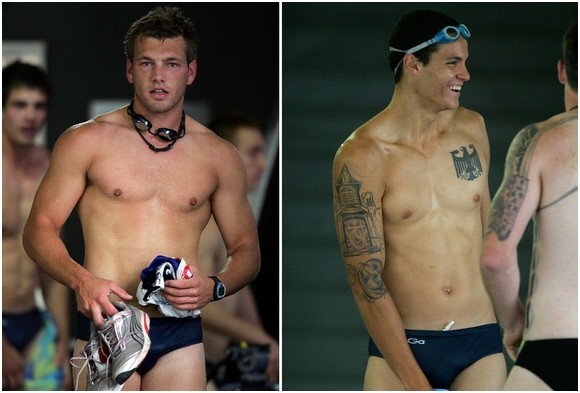 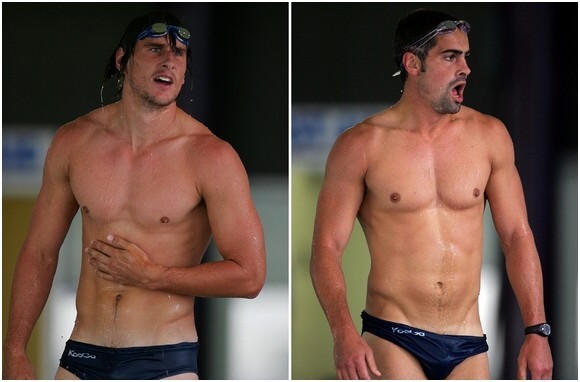 So have you picked a favorite among the above these Aussie football players Speedo hunks?

This post is originally about Western Bulldogs football stars in their swimsuits but since lots of you fellow Famewatchers are looking for Aussie lifeguards in their Speedos, we decided to give you what you are looking for.

First, here’s a trio of lifeguards from the world famous Bondi beach. However, these guys are not wearing Speedos but are, instead, wearing Holeproof 2 Stripes squarecut swimsuits from Holeproof, a leading Aussie supplier of socks and underwear. 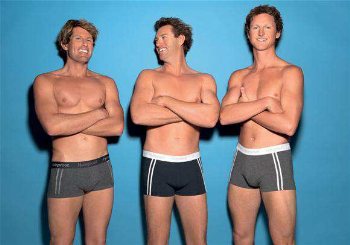 These three dudes – Hoppo, Deano and Harries – are Holeproof’s brand ambassadors to the beach goers of Bondi Beach. They’re actually real lifeguards with the Bondi Rescue before Holeproof hired them to be the face of the label. Here’s a video of the men during their talking about their work as lifeguards and having fun during their photoshoot.

Australian lifeguards also “starred” in a photoshoot for DNA magazine. Here’s two of them as DNA Coverboys. 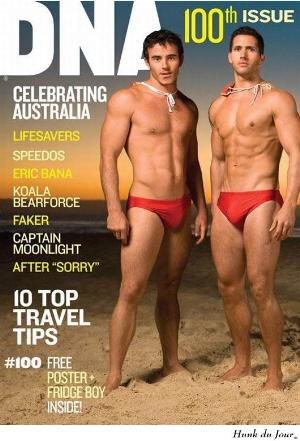 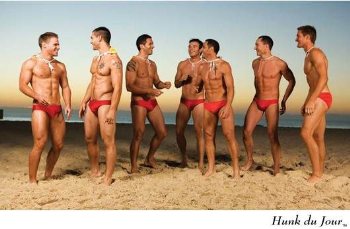 Red Speedo swimsuits really are hot, aren’t they? Here’s another Aussie lifeguard in a red Speedo. 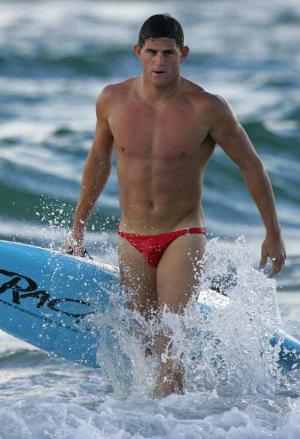 And here’s another dude in blue Speedo briefs. 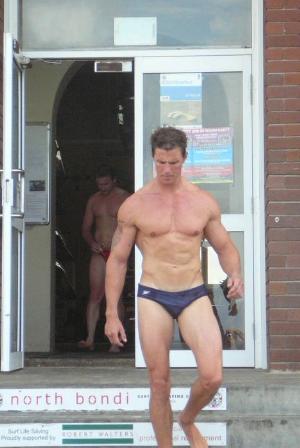 Our friend Deena wondered whether these Aussie lifeguards really wear these itty-bitty Speedos for real and not only for modeling photoshoots? The answer is, of course, a big big yes. They really wear these skimpy swimwear and not some beach shorts or board shorts.

Here’s what a Yahoo netizen wrote about why Aussie lifeguards wear Speedo briefs: “Its because they wont get dragged down while swimming, so they can swim faster.. They rescue people, thats what they do.. If they’re slowed down then it could risk a life. If they wear board shorts, they will get heavy with water.. Same goes if they’re fully clothed.. Its harder to swim.”