Arnold Schwarzenegger Speedo, Posing Trunks, Underwear Photos. While browsing Reddit, we came across the photo below of a young Arnold walking in public in nothing but a pair of skimpy Speedos. What exactly is he doing here?

Apparently, he just won a bodybuilding title and this was a marketing ploy to promote his home gym where he had been training when he moved to the city of Munich from the town of Thal in Austria. He was reportedly only 20 years old at this time but, as you can see, is already sculpted in all the right places. 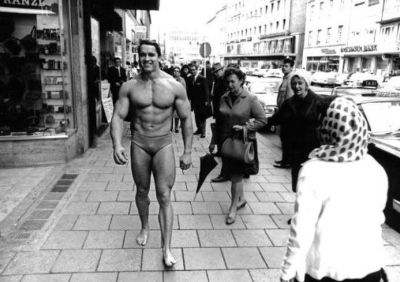 The gimmick worked in attracting people as evident in the pic below but did it ultimately led to the success of the gym? Must have, no? But whether the gym was successful or not, Arnold did go on to win four Mr. Universe titles, then seven Mr. Olympia titles, then be became an established actor in Hollywood, then he married a member of a highly regarded American political royalty, and then he became the Governor of California. 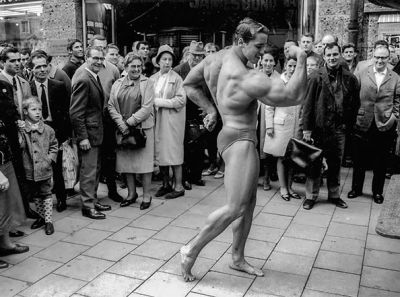 Anyhoo, here are more vintage photos of our Arnie in his posing trunks. 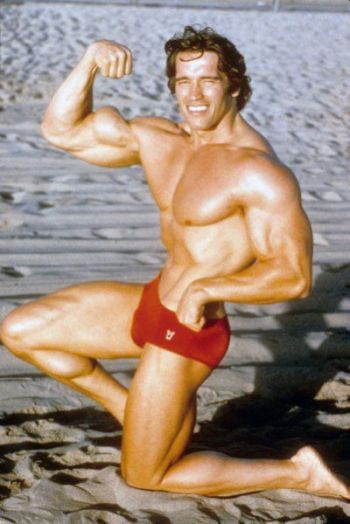 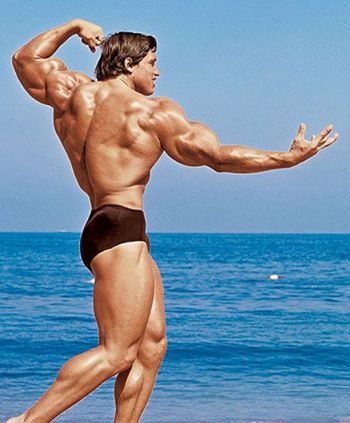 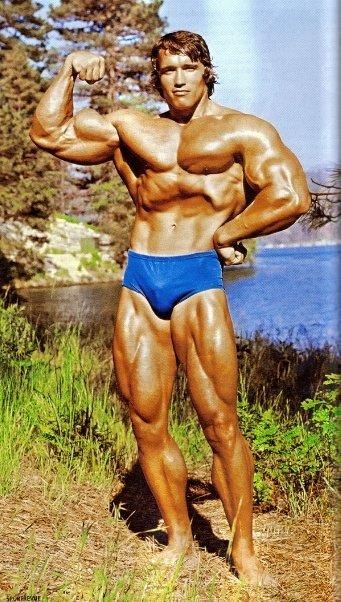 Governor Arnie must really love his Speedos because he is usually photographed in them when he is vacationing on the beach. If only more Americans will follow his example and likewise wear Speedo briefs and not the boring beach shorts that most of them wear. Haha. 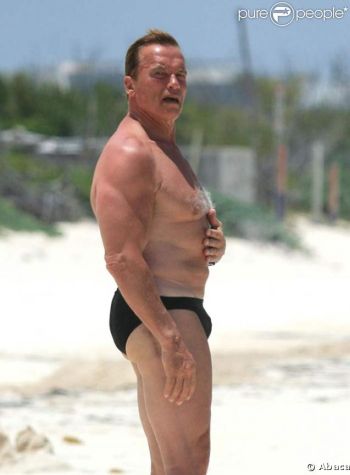 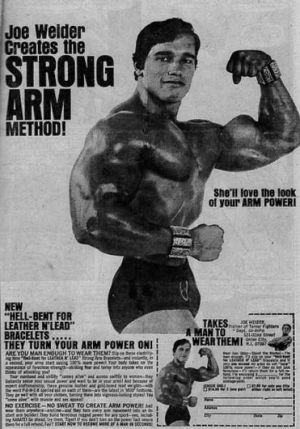 Check him out in his itsy bitsie bodybuilder’s Speedo suit. What do you think of all them muscles? You know of course, that our Arnold won several Mr. Universe and other male bodybuilding contests. [Want more male body builders?] 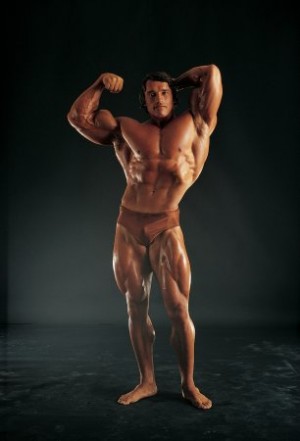 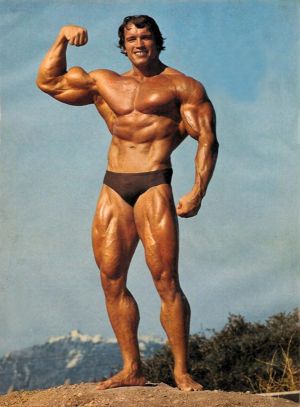 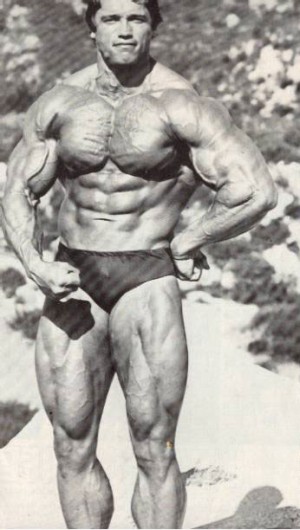 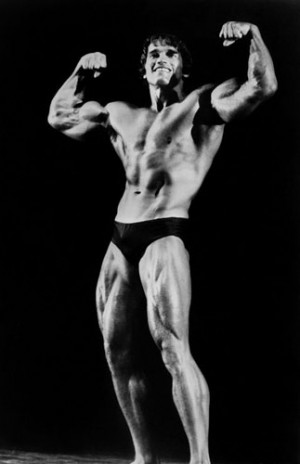 But we all grow old and muscles turn to flab. Here’s a more recent shirtless photo of the Guvernator beside one of his iconic vintage Speedo pictures. 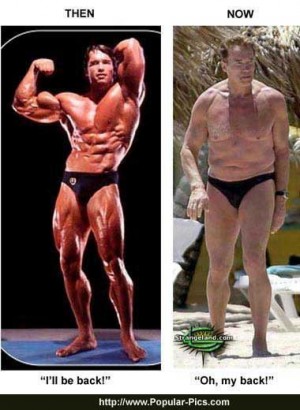