Armani Male Models Are Hot and Hunky. Want another installment of gorgeous and manly Armani male models? Of course you do. Our friend Kevin has been urging us to add more to this post and his wish is our command.

Let’s start our update with our imaginary boyfriend Pietro Boselli. Do you remember how he became a world famous model? He was teaching at the University College London when a student surreptitiously took his photo and published it on the internets. The rest, they say, is history. The math lecturer went on to become one of the most sought-after male models in the world.

Anyhoo, here’s our Pietro posing in his Armani outfits. 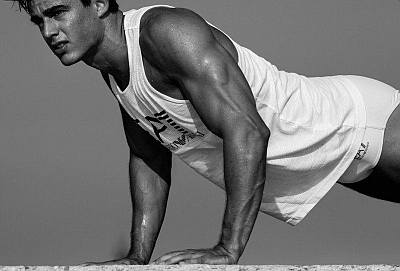 Next up is Alessio Pozzi posing for the Emporio Armani Eyewear Fall Winter 2017/18 campaign. 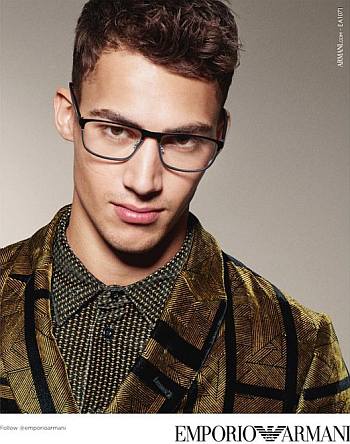 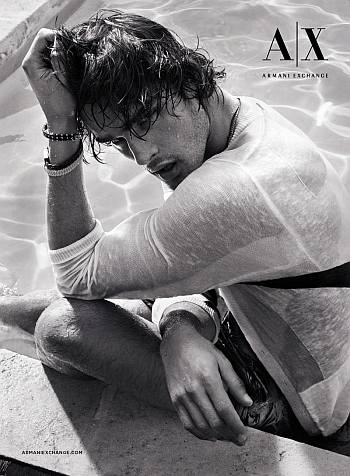 Finally, here’s another teacher-turned-model Jason Morgan as the face of the 2017 Emporio Armani Underwear Campaign. 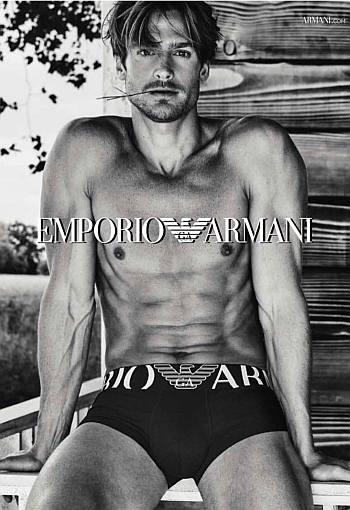 …..
Want More Hunky Armani Male Models? (28 August 2011). Of course Arthur Sales ain’t the only hunky dude modeling for Armani. In fact, there are tons and tons and tons of them but let’s settle for three this time. First, here’s tennis star Rafael Nadal modeling the latest boxer shorts from the Armani Underwear Collection. You already know, of course, that he’s following the footsteps of footballers David Beckham and Cristiano Ronaldo who were the “face” of the brand a few years back. [Question: Or is Cristiano still a celebrity spokesmodel for Armani?] 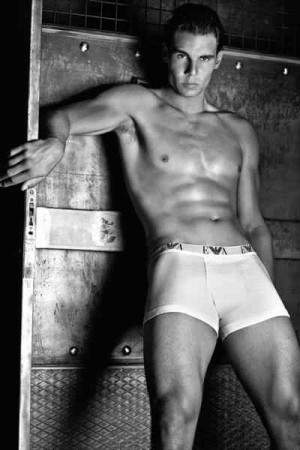 Another hunky guy who models for Armani is British model Ollie Edwards. Described by models.com as a “beautiful Brit with the perfect skin”, Ollie is seen in the next two photos headlining the Giorgio Armani Spring/Summer 2010 advertising campaign. 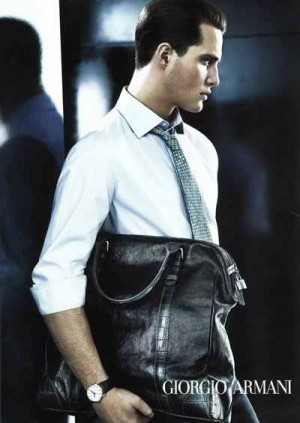 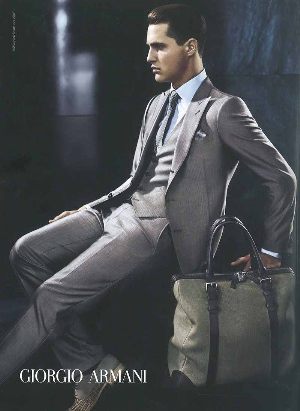 Thirdly, here’s Danish model hunk Mathias Lauridsen looking cool in a print ad for Emporio Armani Diamonds for Men Fragrance. Hah! That fragrance must be full of pheromones because he’s got those girls crawling all over him. 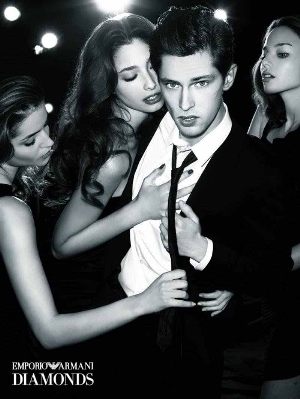 By the way, Ollie Edwards is ranked by models.com as its 18th top male model (Top 50 Male Models List). Meanwhile, Mathias Lauridsen is ranked by the same site as its tenth highest moneymaker (The Money List).

…..
Armani Male Models Are Hot and Hunky (02 December 2010). Can’t get enough of Arthur Sales’ fabulous abs and Armani jeans? Us neither. So let’s have more photos to ogle at this Brazilian model’s fabulousness. 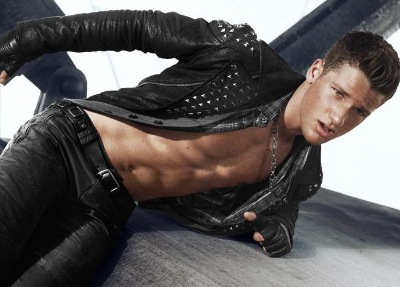 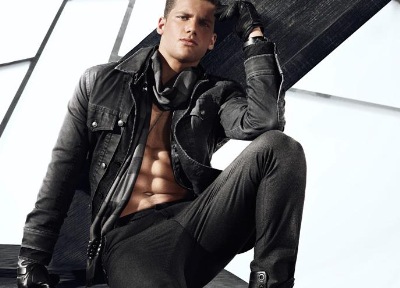 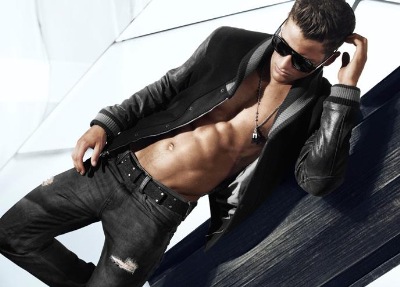 Would you want more hot Brazilian men? Or if you are more interested in more Armani fashion, then check out this Armani men’s summer suit, Cristiano Ronaldo’s Armani jeans, and these Armani leather jackets.