Time for another Finnish hunk and this time let’s talk about Antti Ruuskanen, the 28-year-old Finnish javelin thrower who won the bronze medal in the London 2012 Olympic Games. Yay! 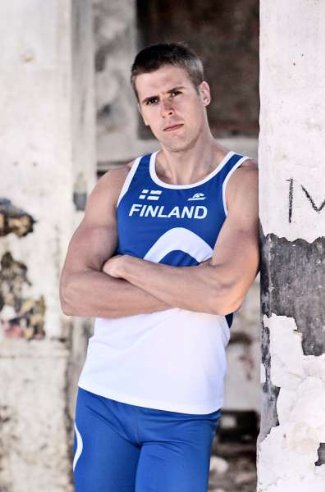 And yay for his fans from his hometown (Pielavesi) who celebrated with the local hero when he went home after his Olympic success. 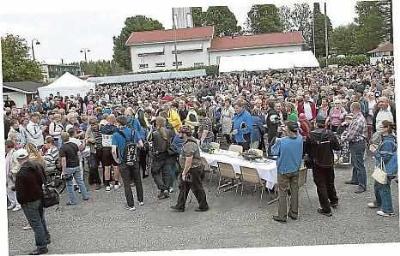 Long queues were snaking to tables stacked with coffee and layer cake. Fuses blew across the municipality of Pielavesi in Eastern Finland, when numerous coffee machines were powered up simultaneously.

Life in the little municipality of 5,000 souls changed all at once on a Sunday afternoon in August 2012. People thronged into the market place, which was filled with people celebrating Antti Ruuskanen’s bronze medal from the London Olympics.

According to a cautious estimate, the number of partiers was 2,500, which is basically half of the population of Pielavesi. “It is fine that so many people have turned up”, Ruuskanen said happily.

So how does Antti train for his javelin competitions? Apparently, it involves some weightlifting. [Admittedly, we are truly clueless when it comes to Olympic workouts. Hehe.] 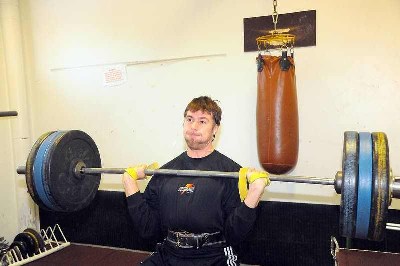 Some stretching — which is basic in any workout, right? 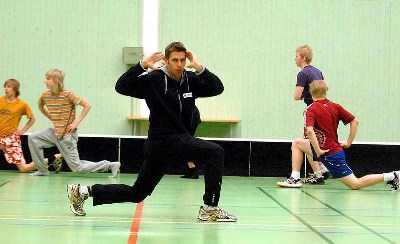 Some over the head bicep curls. 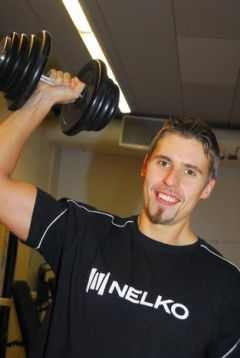 All of the above (and we’re pretty sure some other kind of workout exercises) helped Antti to be in good form when the time comes for him to throw his javelin. 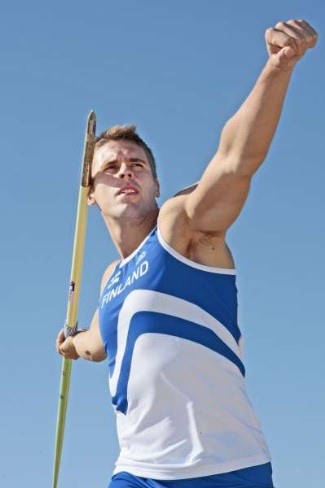 As we mentioned, he won a bronze medal in the London Olympics. Here’s our Finnish hunk with the other medalists — gold medalist Keshorn Walcott of Trinidad and Tobago (center) and silver medalist Olkesandr Pyatnytsya of Ukraine (left). 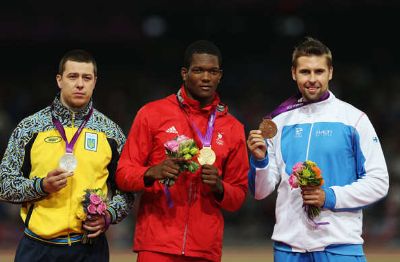 Let’s end this post with an interesting news report from the IAAF (International Association of Athletic Federations) which states that in the Finnish Championships held in 23-26 August or 2/3 weeks after the Olympics, our Antti threw a personal best of 87.79 meters which is way better than his bronze medal-winning threw of 84.12 meters in the London Olympics. But what’s more interesting is the fact that his 87.79 meters is also higher than Keshorn Walcott’s gold-medal winning throw of 84.58 meters.

If only Antti threw his personal best (87.79 meters) in London! Oh well, there’s the Rio de Janeiro 2016 Olympic Games to look forward to. Maybe he’ll win the gold medal then.

For more Finnish hunks check out our post on Kimi Raikkonen and His Tag Heuers. Or would you rather check out these Olympic Hunks in Speedos?