Antonio Conte Hair Transplant. Hello fellow celebrity hairwatchers, let’s talk about Antonio Conte’s hair transplant shall we? If you don’t know him before and only now looked at his picture above, you wouldn’t know that he’s had a hair transplant do you? The hair looks natural and suits him very nicely. His hair surgeon deserves props because that hair doesn’t look like a hair transplant at all. 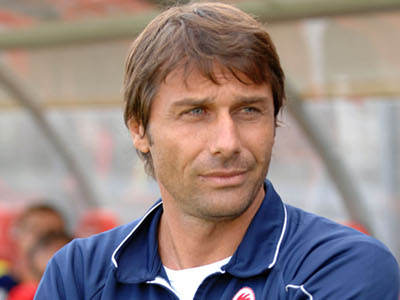 But even though we can’t help but marvel at the awesomeness of Antonio’s new hairstyle, we also can’t help but be sad that he decided to have a hair transplant. Why, you ask? Because he looks way sexier and much hotter when he was bald. Check out the photo before the above Antonio Conte hair transplant: 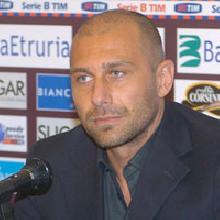 Before he went ahead and covered his handsome head with longish hair, Antonio was kinda the older but hunkier version of Nigel Barker [See Nigel Barker shirtless]. Most of us know Nigel as the male judge of America’s Next Top Model but he actually worked as a male model in his younger days. What we’re saying is that Antonio looked like a model when he was bald.

Very few men look sexy and cool when they are bald. Antonio is one of these men. Or WAS one of these men. Too bad, he decided to go cover his head. Sure, his hair surgery looks natural as we mentioned earlier but the Nigel Barker sexiness he used to exude is gone, gone, and gone.

And who does Antonio remind us of with his new hair? We’re sad to say this, but his longish hair kinda reminds us of controversial former Illinois Governor Rod Blagojevich. Hehehe. Sure, he’s a younger and more handsome version of the ex-Governor but men don’t really like to be compared to a convict, do they?

But to each his own. If Antonio is happy with his hair transplant then we should also be happy for him, don’t we?

Oops, some of you who don’t follow football asked us about who Antonio Conte is. Well, he is the current coach of the Italian football club Juventus. Before he turned to coaching, he’s actually a very accomplished football player for the U.S. Lecce football club (1985-91) and, later on, for the club he’s now coaching. Conte played for Juventus from 1991 to 2004 and is described by wikipedia as “one of the most decorated and influential players of Juventus history”.

Cool dude, huh? If only he gets his sexy back by going bald one again. Hehe.

UPDATE: Antonio Conte before and after hair transplant photos. 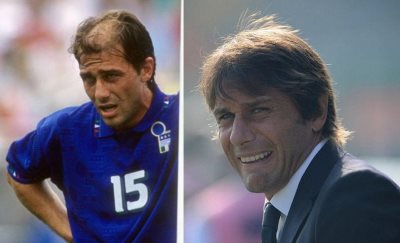 Here’s another Antonio Conte hair transplant before and after comparison images. 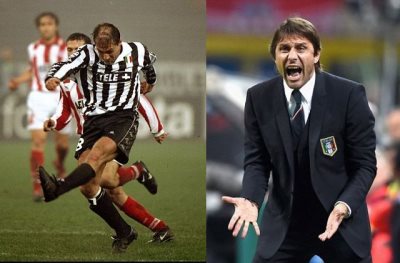