Anton Gutierrez Shirtless and Underwear: What’s His Job? Want to know more about Bob Harper’s fiance? Of course you do! If you visited the linked post, you’d know already that his name is Anton Gutierrez, that they’d been dating since at least 2016, and that Bob and his boo got engaged in 2019. Now, we know that Bob is a personal trainer slash reality TV star but what about Anton? What’s his job or what does he do?

Well, the hunky cutie is actually in the biz. According to IMDB he is a set decorator as well as an actor. We’re sure you are pretty familiar with what an actor does but what exactly does a set decorator job entail?

Well, careersinfilm.com gives us the career overview: “Set Decorators are in charge of populating sets with character and world-specific items on television series, feature films, commercials or short projects. Their remit is vast and includes light fixtures, furniture, floor coverings, personal items and even dust bunnies.”

Gigi Barbes, set decorator for shows like AP Bio and Better things, tells us more about what she does (via careersinflim.com): “What I’m given as a Set Decorator are sets put together by the Production Designer in concert with the Creator, Showrunner and Producers. They’ll have agreed on a look, whether it be on location or a set built on a stage. They might have already chosen wallpaper or other smaller touches but I’m given walls and windows to put everything in, as if you moved into a house with nothing. I put in everything from light switches to light fixtures to rugs on the prepped floors. I choose drapery and furniture and dust bunnies in the corners of the room.”

She adds: “It’s everything; you might be decorating for a new house look, or something super sterile, or it might be a laboratory, or you might be going as far as creating a space for a hoarder. The range is as endless as story.”

So, there! Now you know more about Anton and his set-decorating job. We also mentioned that he is an actor. To date, he’s got two acting credits to his name one of which is as one of the hot guys in Runyon Park in the short movie Luna Goes Cruising. We know you are just as thirsty as us when it comes to appreciating hot guys so here are GIFS we made from said movie.

And here’s a GIF of him from the Sad Studs parody video where he’s working out. Damn, he’s got a really sculpted body, doesn’t he?

Anton Gutierrez Shirtless and Underwear Photos. Now here are shirtless pics of Bob Harper’s boo which we grabbed from his Instagram page (follow him @antonluke). 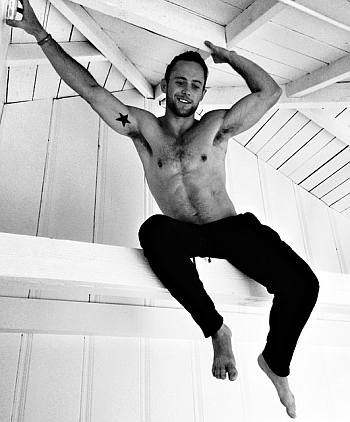 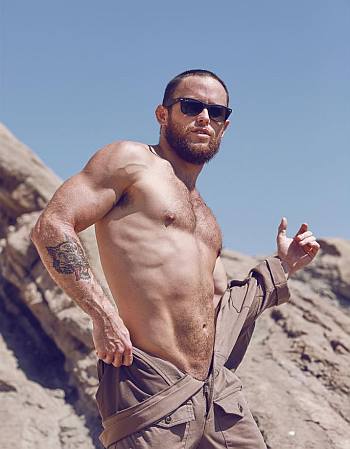 We can’t find any pic of Anton in his underwear but we found the next best thing: peekabo underoos or one where his undies is peeking out from his pants. 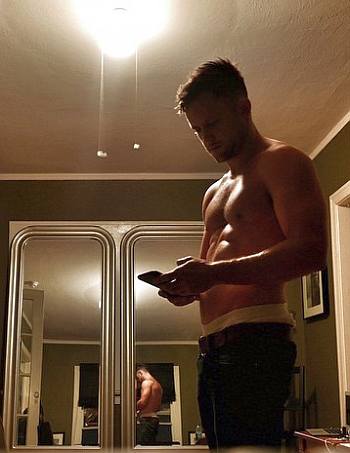 Actually, according to our friend Kevin, the next best thing to a guy’s underwear photo is one where he’s in short shorts. On second thought, we actually agree with him. Want more men in short shorts? 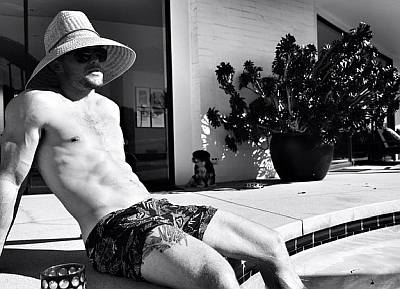 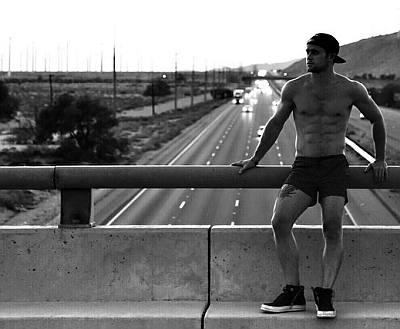