Anthony Rizzo Shirtless Photos. This post is for those of you looking for shirtless pics of two-time Baseball All Star Anthony Rizzo, first baseman for the Chicago Cubs. Ain’t he a total hawt, hawt hottie? He’s got a really cute smile too. According to our friend Deena, Anthony has that kind of smile that is sure to calm a cryin’ baby. What say you, Famewatchers? 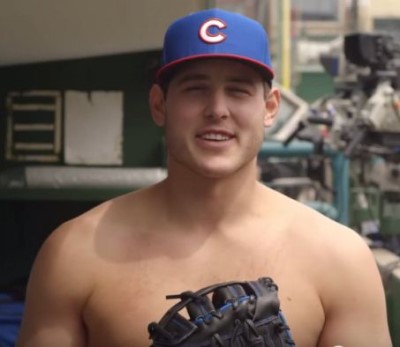 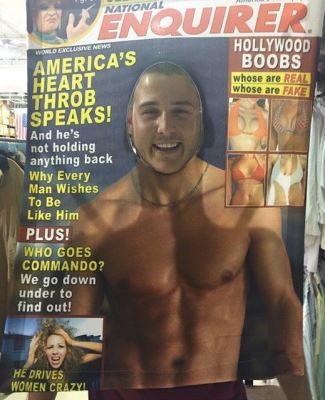 Want to see Anthony Rizzo in his underwear? He is wearing Bike Pro undies in the pic below. [Want more baseball players underwear?] 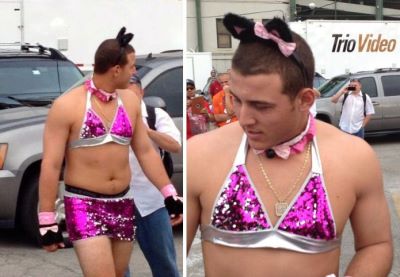 Hehe. What do you think of his “look”? Does he pass as a woman? Is this proof that Anthony Rizzo is gay? Nah. It ain’t proof of anything. The next pic below is kind of a proof though. 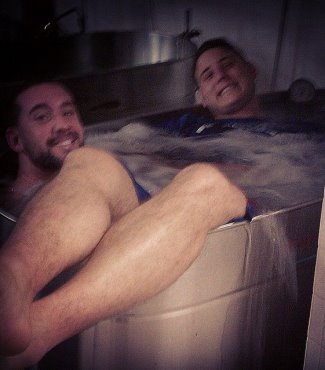 If sharing a tub with a man ain’t proof of gayness, we don’t know what is. Hehehe. Nah, a man being in a bathtub with another dude is not a proof of anything. Well, it’s simply a proof that they took a bath together and nothing else.

Anthony Rizzo Girlfriend. For those of you wondering whether our Cubs baller has a girlfriend, here’s the answer for you. 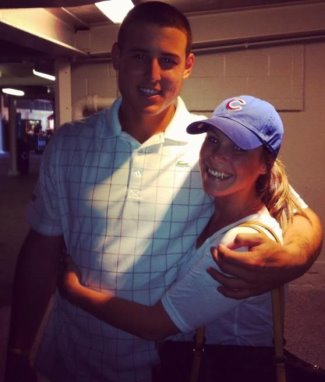 Anthony’s girlfriend is Chelsea Smith. Apparently, they have a Rachel and Ross going for them because they’re on-again and off-again. In 2016, the two are on-again according to Busted Coverage.

Now, the next pic below is probably our favorite Anthony Rizzo shirtless photo. Who’s the cute guy with Anthony? If you happen to know him, do tell in the comments. 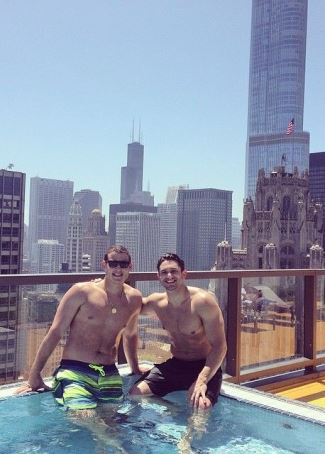 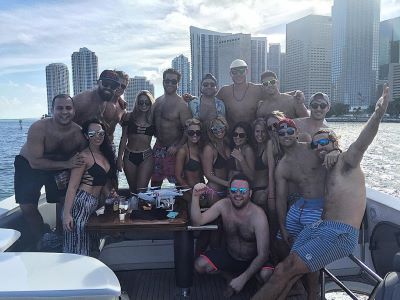 That’s it for now fellow Famewatchers, if you want more shirtless baseball players go check out our posts on baseball hunks.